The US House of Representatives approved a package that included $1 billion for Iron Dome replenishment. 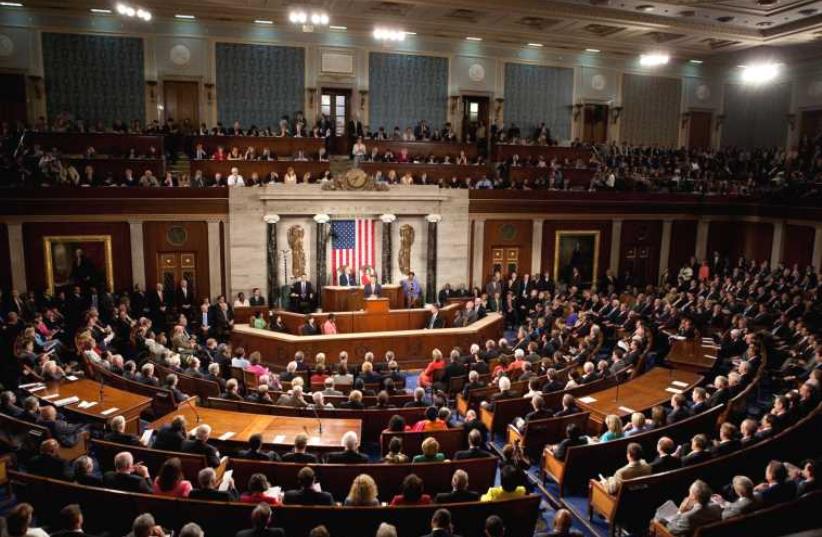 The chamber of the House of Representatives on Capitol Hill in Washington [File]
(photo credit: REUTERS)
Advertisement

Jewish groups and Israeli officials on Thursday welcomed the passage of a new omnibus bill.

The House voted late on Wednesday to approve a package that included $1 billion for Iron Dome replenishment and $250 million for the nonprofit security grant program (NSGP). The package comprises all 12 fiscal year 2022 appropriations bills and supplemental funding to support Ukraine and manage the COVID-19 pandemic.

Proud to support robust funding to replenish & enhance Israel’s Iron Dome missile defense system in the omnibus passed by the House tonight, a critical tool for Israel to defend its people against terrorist rocket attacks. Read my statement here: https://t.co/fhEAMnNsLO

Orthodox Union president Mark Bane said in a statement, “It is our duty and obligation as Jews to do all we can to ensure that we safeguard our community in America and around the world in this time of great need.

“The provisions in this federal legislation will go a long way toward protecting our communities in the United States and in Israel, and will provide relief to those suffering in Ukraine. We thank our elected leaders for this important work on behalf of so many, and we urge all parties to bring these measures to fruition without delay,” he said.

Thank you to the U.S. Congress for your overwhelming commitment to Israel’s security & for passing the critical security package — including the replenishment of the life-saving Iron Dome.Thank you @POTUS for your leadership & friendship.Together, we are stronger. pic.twitter.com/6SHC5Tpwx2

“Thank you to the US Congress for your overwhelming commitment to Israel’s security [and] for passing the critical security package – including the replenishment of the life-saving Iron Dome,” Bennett wrote.

He specifically mentioned US President Joe Biden’s efforts, writing, “Thank you for your leadership [and] friendship. Together, we are stronger.”

“The strategic connection between us and the US, which is based on an alliance of interests and values, is crucial for Israel’s security and for maintaining its military superiority in the region, and we will do everything to strengthen and safeguard it,” Gantz wrote.

US Ambassador to Israel Tom Nides wrote, “Next the Senate will vote (which will happen soon) and then it’s off to the President’s desk for signature. Our unbreakable bond!!”

The Iron Dome funding had been stalled for six months. Last September, the House of Representatives approved a standalone bill to provide Israel with $1b. for replenishing the anti-missile system. The vote passed with an overwhelming majority: 420 members voted in favor of the bill, and only nine voted against it.

In the Senate, however, Republican Sen. Rand Paul from Kentucky blocked several attempts to fast-track the bill by unanimous consent. Paul said that while he supports the Iron Dome, he thinks “it should be paid for.”

The money can be used for security measures such as fences, cameras, more secure doors and hiring of personnel. The bill would establish a dedicated NSGP office at the Department of Homeland Security, provide support mechanisms to eligible nonprofit organizations, and simplify and streamline the application process. It would also increase congressional oversight of the program.