Trump administration has not provided any increase in military support aside from police training and a modest bump in support from USAID, Hernandez told Reuters during an interview in New York. 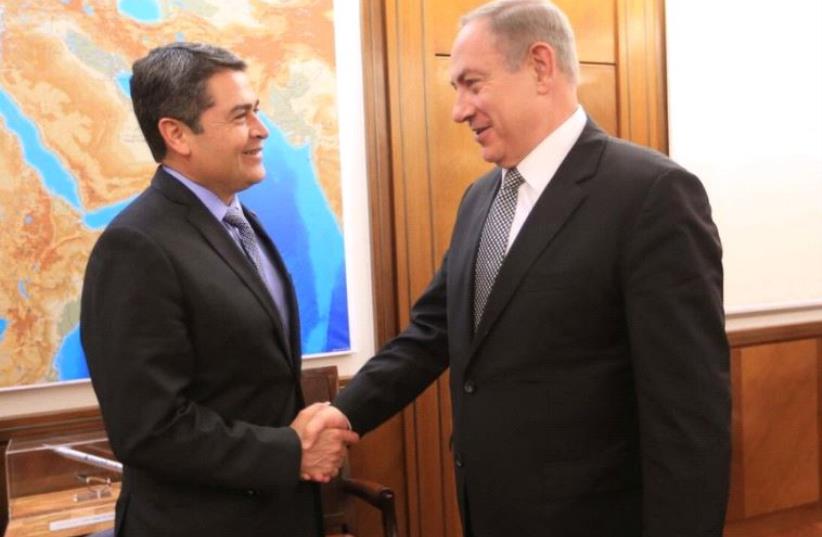 Under a plan formulated by US President Donald Trump's chief of staff John Kelly when he was secretary of Homeland Security, the United States is seeking to shore up Central America by financing development projects and getting Mexico to do more to stem the flow of immigrants from the region.

Non-governmental organizations and think tanks have voiced concern that the plan, pitched as an effort to boost Central American economic growth, could instead herald a greater militarization in a violent region where coups and gang killings have been commonplace.

Central America is one of the most violent regions on earth, though the murder rate in Honduras fell to 59 killings per 100,000 people last year from 90.4 in 2012.

But the Trump administration has not provided any increase in military support aside from police training and a modest bump in support from USAID, Hernandez told Reuters during an interview in New York.

Still, Honduras' president says the relationship between the United States and Honduras is "probably better than ever," noting improved cooperation Hernandez believes will boost investment and security in the Central American region.

Hernandez said the security of Honduras was of a primary interest to Americans, even if they were not completely aware of it.

"We have a saying (in Honduras), 'If the people in Washington realize that lack of security, lack of preparedness in Central America is dangerous, very dangerous for the US they have to work together with us to create in Central America a region of prosperity, investment, opportunities,'" he said. "That’s going to be one of the best investments of the (American) people, in their best interest and in ours."

Additionally, Honduras will continue to work with the International Monetary Fund, Hernandez said, provided his government is victorious in this year’s election. The IMF recently finished a review mission in the country.