In Quebec, like France, security fears may deepen rift with Muslims 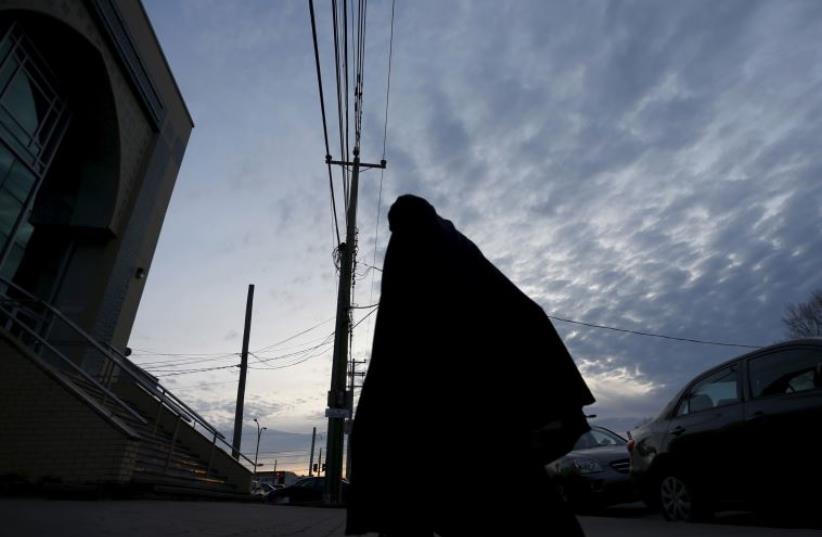 A woman walks to a mosque for evening prayer in Montreal, November 18, 2015.
(photo credit: REUTERS)
Advertisement
MONTREAL - Reluctance among residents in Quebec to accept thousands of Syrian refugees is deepening a rift with the province's Muslim community, raising worries that more Muslims could become radicalized as they have in France and other European nations.Like France, the French-speaking Canadian province has struggled to reconcile its secular identity with a rising Muslim population, many of them immigrants from North Africa.Since last Friday's attacks in Paris claimed by Islamic State militants, an anti-refugee petition launched in Quebec has garnered more than 75,000 signatures nationwide and Montreal police have arrested a man who posted a video on social media vowing to kill one Arab per week.Canada's plan to take in 25,000 Syrian refugees by the end of the year is facing resistance from some provincial and municipal leaders, who say the short timeline does not allow for enough security checks. Quebec would take around 6,000 of the refugees."I'm in favor of helping the refugees in theory, but security needs to be a priority, and we also need to make sure that we are providing enough support for the immigrants that are already here. Honestly, I don't think we're ready for this," said Alain Bernard, 55, from Quebec City.Some Muslim residents, who in total number about 243,000 or 3 percent of Quebec's population, find the argument weak."People here are brainwashed to fear us," said Sabir Alizada, a 39-year-old Muslim immigrant from Azerbaijan, after evening prayers at a mosque in Quebec City. "It used to be the West feared communism, now it fears Islam."France has one of the largest Muslim communities in any Western European nation and has seen tensions soar in recent years over issues similar to those appearing in Quebec: high poverty and unemployment levels for ethnic minorities and efforts to enforce secularism.Quebec's Muslims have an unemployment rate over 17 percent, or more than double the provincial average, according to federal estimates, and ethnic minorities in the province tend to live in poor, ghetto-like neighborhoods."Marginalization is a serious concern, if you want to prevent the kind of thing that happened in Paris from happening here," said Meriem Rebbani-Gosselin, a spokeswoman for the publicly-funded Center for the Prevention of Radicalization Leading to Violence in Montreal.Quebec was rocked last year by an attack in which a man who law enforcement said was an Islamic radical killed a Canadian soldier by ramming him with his car. Days later, a Quebec-born Muslim convert launched an attack on Parliament Hill in Ottawa, Ontario, killing one soldier before being shot dead inside the Parliament building.For members of Quebec's Muslim communities, the debate over the Syrian refugees highlights the distrust of them they say has been deepening for years."We don't ask for the security to be compromised, but to associate (terrorism) with the Syrian refugees is so much injustice," said Samer Majzoub, president of the Canadian Muslim Forum in Montreal, which advocates for Muslim interests across Canada.

DISTRUSTHe said that Quebec appeared to have a higher level of distrust of its Muslims than other Canadian provinces, something he attributed to Quebec's efforts to retain a distinct French culture in a mostly English-speaking country. Quebec has attempted to separate from the rest of Canada twice since 1980, arguing its laws, language and culture are unique."There is no doubt that the sentiment (of Islamophobia) here is felt much higher," he said.France in 2004 passed a hotly-contested ban on veils, crosses and other religious symbols in schools, which appeared to be a model for Quebec's "Charter of Values" that the previous provincial government tried to introduce.The plan would have barred public employees from wearing religious symbols, like the niqab face covering worn by Muslim women. The current provincial government has dropped the effort over concerns it could violate religious freedoms.Amarnath Amarasingam, a researcher at Dalhousie University in Halifax, Nova Scotia, who studies the phenomenon of Muslims leaving Canada to fight for groups like Islamic State in Syria, said Quebec had become an increasingly active area for Islamic radicalization.He said he had confirmed through his contacts with foreign fighters that some 18 residents have left the province to fight with Islamic State since last year, more than half of them departing in January alone. That number, he said, brings Quebec roughly in line with the provinces of Alberta and Ontario, the other two most active areas."I'm not sure what's been happening in Quebec, but it has definitely popped onto the map," he said. "This is perhaps partly to do with Quebec's highly secular culture but also the struggle to retain a French identity."He said that any backlash against Muslims since the Paris attacks could be counter-productive.Rebbani-Gosselin of the Center for the Prevention of Radicalization said that her office had reviewed 368 cases of possible radicalization in the province since opening in March, with "about 1 percent" of those referred to law enforcement.She said she didn't know how that figure compared with other parts of Canada.Abdoulaye Ba, 44, who emigrated from Mauritania 12 years ago, said that distrust of Muslims was "very visible" in Quebec."But what people need to understand is that what happened in Paris was committed by barbarians who prostituted Islam for their own purposes. They do not act on behalf of Muslims."