His statement comes after racial tensions are high following the recent murder of nine black churchgoers. 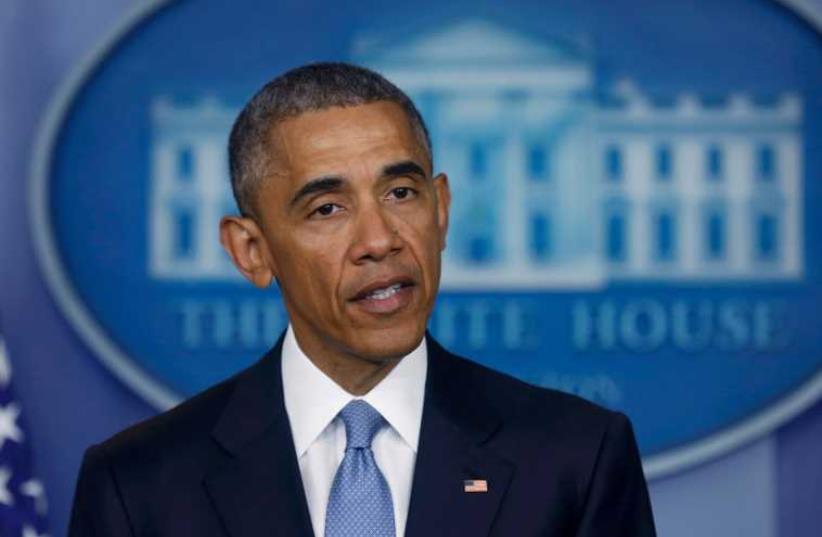 US President Barack Obama
(photo credit: REUTERS)
Advertisement
US  President Barack Obama ignited a storm of social media debate on Monday when he used a racial epithet in an interview posted online that discussed race relations following the recent killings in South Carolina, which authorities believe was racially motivated.

Folks call our president the N-word for 8 years and the media says nothing. He says it once to make a good point and media goes insane. OK.
— Scott Hanselman (@shanselman) June 23, 2015

Dear media, You will NOT vilify Obama for using the N-word after making excuses every single time a white person does it.
— David D. (@DavidDTSS) June 22, 2015

The word has a long US history and is almost never used in public remarks, particularly by politicians, and Obama's use of it comes amid a fresh round of soul-searching by many Americans over the country's long struggle with racism.White House spokesman Josh Earnest, at a daily briefing with reporters on Monday, said Obama intended to be provocative by using the word and to illustrate a larger point.He is by no means the first American president to use the word in modern times. But while Obama did so in public, trying to make a point about enduring racism, several of the white men who preceded him in the White House used the term in private and in racially disparaging ways.Obama used the word multiple times in his pre-presidential autobiography "Dreams from My Father." As president, Obama has been less provocative on race. He said in the interview that the United States has made progress on race in the past 50 years but the legacy of slavery still casts a shadow."Societies don't just overnight completely erase everything that happened two to three hundred years prior," Obama said.