Jewish law requires an attendant to be present for the immersion to be considered to have fulfilled the religious obligation to immerse. 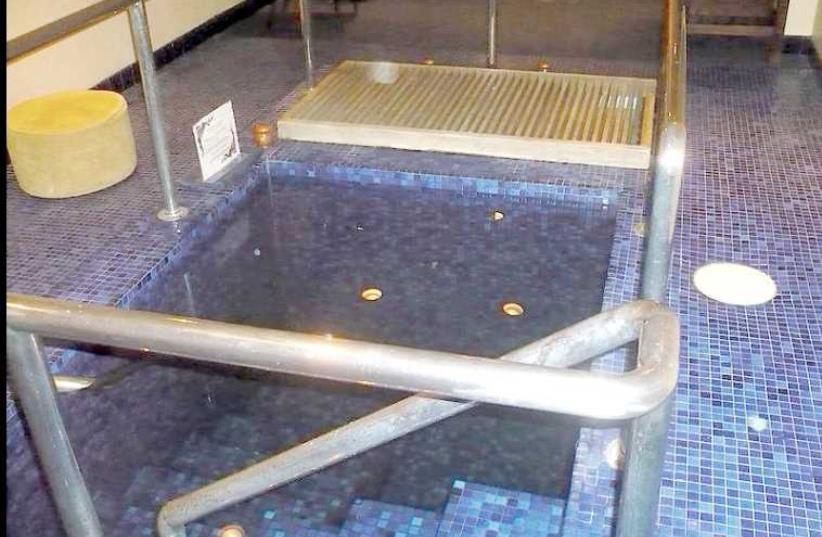 A mikva, the Jewish ritual bath [Illustrative]
(photo credit: Wikimedia Commons)
Advertisement
Attorney-General Avichai Mandelblit on Wednesday told the High Court of Justice that the state has ordered authorities managing mikvaot ritual baths to allow women to immerse without being forced to have an attendant present.Mandelblit’s announcement of the new policy was made in response to a petition filed by ITIM, an organization which fights for religious openness in the country on a number of issues, usually in opposition to the Chief Rabbinate.The legal brief said that although Jewish law requires an attendant to be present for the immersion to be considered valid in fulfillment of religious obligations, individual women could not be forced to uphold this standard.“Female mikve bathers can decide for themselves whether to follow this halachic rule (immersing in the presence of the female mikve attendant), including bathing by themselves or with the company of a friend, while the local religious council and its employees will not condition the bathing with the presence of the female mikve attendant during the ritual bathing,” read the response delivered to the court by the state attorney’s office, according to ITIM.ITIM and other groups and a variety of political officials say that individual women must have a right to privacy to immerse in a mikve without an attendant present if they do not accept the Chief Rabbinate’s view of Jewish law/