State prosecution revealed that there were at least three instances where a probe by the cyber police unit seized cell phone data beyond what was approved by court order.

The state prosecution revealed to the defense in Case 3000, the Submarine Affair, on Tuesday that there were at least three instances where a probe by the cyber police unit seized cell phone data beyond what was approved by court order.

Defense lawyers called the revelation outrageous and demanded that the state bring charges against those police officials involved.

They said that to date the state and the courts have mostly downplayed the significance of the violations of defendants' rights and that this apathy could not continue.

In contrast, the prosecution said that revealing the three instances just confirmed an earlier broad report in July by Deputy Attorney-General Amit Merari which admitted that the police cyber unit had sometimes accidentally grabbed more cell phone data than it was supposed to according to court order.

However, the prosecution added that in all of the instances there was a court order to carry out electronic surveillance, that the extra data which was seized was done unintentionally and that it was never passed on to investigators to use for the cases in question. 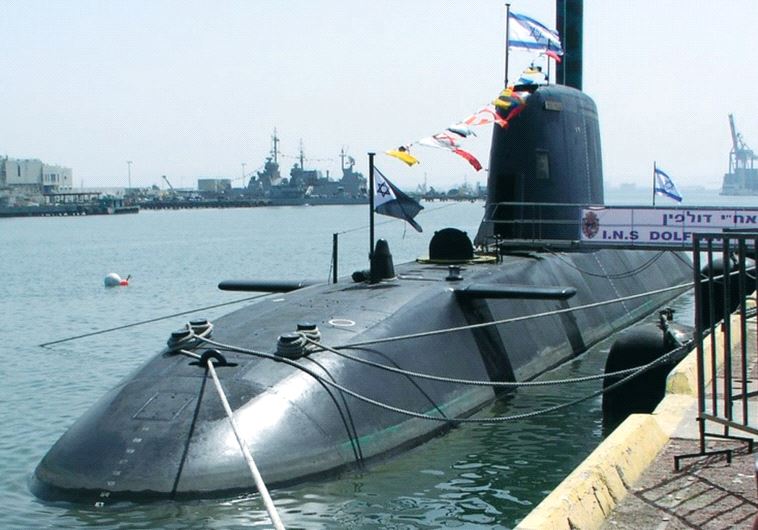 The trial in the case has moved possibly slower than any in history as the sides have wrestled for years over defining what witnesses and evidence can be heard publicly and what issues must be heard in a closed forum due to national security.

What is the Submarine Affair?

The Submarine Affair refers to several of Benjamin Netanyahu's top aides (during his earlier term as prime minister) being indicted for a scheme to skim off the top of large deals in which Germany’s Thyssenkrupp firm was selling Israel nuclear submarines.

In May 2021, the state announced indictments in Case 3000 against Netanyahu's former chief of staff, his nominee to lead the national security council and several other senior officials, while surprisingly closing cases against close confidante and cousin David Shimron and former navy chief Eliezer Marom.

Known as the Submarine Affair, the state had said in December 2019 that it would likely indict all of the above-listed officials.

However, since then the suspects had pre-indictment hearings before the state attorney's office, and Shimron and Marom convinced the prosecution to drop the charges against them.

In addition, former minister Eliezer Zandberg was already convicted in October in a plea deal for his minor role as a middleman in the affair, including an expectation that he will be sentenced to seven months of community service and an NIS 50,000 fine.

Four companies associated with Ganor have also been charged.

The three cell phones where data was taken beyond what was authorized by court order were those of: Ganor, Marom and Bar Yosef's wife, Aliza.

At various stages of the case, former attorney-general Avichai Mandelblit was also involved since there were pieces of the case that could have led to charges against Netanyahu himself.

Ultimately, Mandelblit had Netanyahu questioned as a fact witness, but never declared him a suspect.

The indictment was approved by top Tel Aviv prosecutor Yonatan Tadmor, who was the number two lawyer in the Holyland trial against former prime minister Ehud Olmert.

Police recommendations to indict most of the defendants dated back to 2018.

Prime Minister Benjamin Netanyahu climbs out of the 'Rahav,' the fifth submarine in the navy's fleet, in 2017 (credit: BAZ RATNER/REUTERS)

What will they be tried for?

Sharan will be tried for bribery, money laundering, breach of trust and violation of campaign financing laws.

Steinitz, who at various times served as finance minister and then as energy minister, had two aides, Taib and Liber, who are accused of serving as middlemen in the bribery scheme and money laundering and aiding in tax fraud respectively.

Steinitz himself has never been a suspect, though a prosecution statement says that Bar Yosef acted to persuade Thyssenkrupp official Walter Freitag of his and Ganor’s usefulness by obtaining a meeting for Freitag with Steinitz.

Prior to the plea deal reducing the charges against him, Zandburg was accused of bribery, money laundering, breach of trust and tax crimes while he was running the Keren Hayesod fund. He was allegedly paid NIS 103,000 to advance the scheme between 2012-2016.

Ganor, who at one point was the state’s witness who helped break the case open, but later recanted his cooperation with the state, is accused of bribery, money laundering, tax crimes and violating campaign finance laws.

He received 10,402,971 Euros from Thyssenkrupp for his success in advancing deals between Israel and the company regarding nuclear submarines. However, according to the indictment, a significant part of how he advanced the deals was by paying bribes to a variety of Israeli officials in the national security architecture.

The narrative presented by the state indicates that Bar Yosef was at the center of the bribery scheme with Ganor.

Prior to 2011, Israel had already bought five nuclear submarines from Thyssenkrupp. But starting in 2011, Israel pursued buying a sixth submarine. As of 2015, Israel started to pursue buying three more submarines, to bring the number to nine. All of this occurred during the time of the scheme by Ganor.

Allegedly, the 2019 statement had said Ganor paid Marom for furthering the scheme in his role as chief of the navy while trying to cover up the payments by only paying Marom after he retired from the navy and by funneling payments through straw companies controlled by the two men.

Starting in 2014 and after, Ganor allegedly paid Bar Yosef NIS 420,000 for the deputy national security council advisor's role in getting Ganor appointed to his role in 2009 as well as facilitating Ganor’s deals via the prime minister’s office and the Knesset.