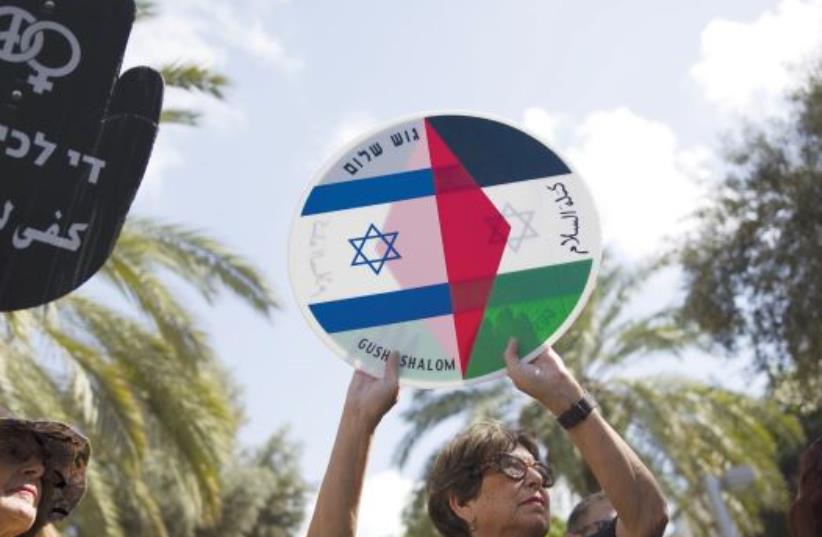 ‘WE AT Yesh Din believe that the moral and proper thing to do today is to continue to urge and remind the government and the people of Israel that the occupation must end – and that millions of people denied civil rights for decades must be allowed to exercise their natural rights,’ writes the autho
(photo credit: REUTERS)
Advertisement

Yesh Din’s report said it included data for 2017-2021 of IDF soldiers who harmed Palestinians in the West Bank.

It said the data showed that “the odds that a complaint concerning a soldier harming Palestinians will result in the filing of an indictment against the soldier is less than one percent [of cases] and stands at only 0.87%.

“Only 21.4% of all complaints filed resulted in the opening of a criminal investigation,” without even getting to an indictment, it said.

In the rare instance that soldiers are prosecuted for killing Palestinians, they routinely receive very lenient sentences, the NGO said.

It added that the army does not even investigate all the cases in which Palestinian civilians are killed, contrary to its official investigation policy, which states that every case of killing that occurs under circumstances that were not of actual combat must be investigated.

“Israel uses the military law enforcement system as a cover-up mechanism which legitimizes crimes that are being committed against Palestinians by Israeli soldiers and commanders,” said Yesh Din.

The IDF responded that Yesh Din’s data was slanted and misleading, saying that it had filed 31 indictments against a total of 36 soldiers in the years 2017-2022.

These indictments were for a variety of allegations, from weapons-use violations, to violence against Palestinians and harming Palestinian property.

Regarding the lenient sentence allegation, the IDF said that most of the proceedings resulted in the serving of some jail time.

This may be the source of part of the dispute between Yesh Din and the IDF, as the human rights group may be looking for life sentences or decades in jail as punishment for IDF soldiers, whereas typically, sentences may be measured in days, weeks – or in manslaughter cases, close to a year.

The IDF said that it opens criminal probes whenever there is a potential criminal charge and that even where there is no such suspicion, it carries out an operational inquiry.

Further, the military said that all of its legal standards are in line with High Court of Justice rulings. The NGO often views the High Court as overly deferential to the IDF in the same way that Israel’s political right-wing views it as too left-leaning.

Although IDF policy is to open criminal probes in most cases where Palestinians are killed, the two sides often disagree about when self-defense principles in an ongoing military operation come into play to exempt the military from such a probe.

Yesh Din’s report comes on the heels of renewed global pressure on the International Criminal Court to crack down on Israelis amid the conflict with the Palestinians.