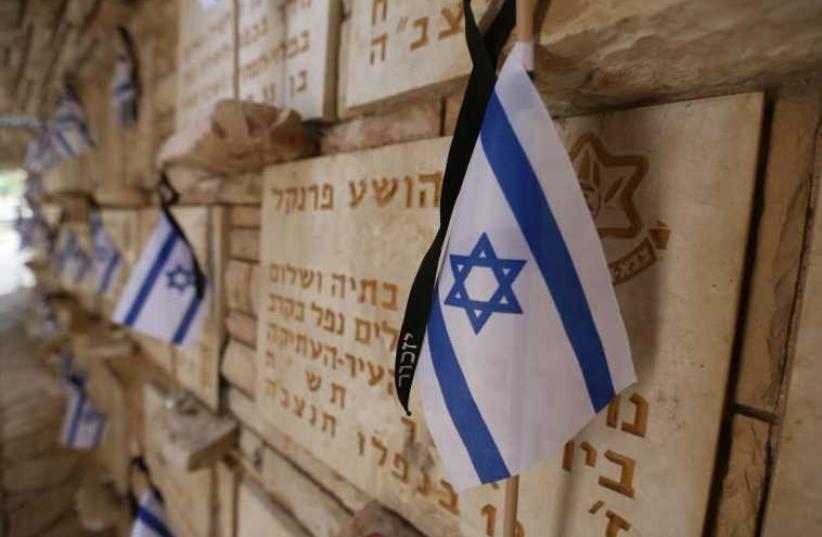 Mt. Hertzel military cemetary in Jerusalem
(photo credit: MARC ISRAEL SELLEM/THE JERUSALEM POST)
Advertisement
As Jerusalem burial plots become increasingly scarce and expensive, Diaspora Jews hoping to be buried in the capital are helping to fund a $50 million initiative to build a massive, multi-level subterranean cemetery capable of holding more than 20,000 bodies.According to Hananya Shachar, director of the Jerusalem Jewish Community Burial Society, work has begun on the project under Har Hamenuhot Cemetery, the country’s largest, where more than 150,000 people are interred.Opened in 1951, Har Hamenuhot sits on a hilltop on the western edge of Jerusalem near the entrance to the city. It has since superseded the Mount of Olives Cemetery as the capital’s largest burial ground.“We need our land for the living and not for the dead,” Shachar said in an interview with The Washington Post.“Now we’ve got the drilling equipment, the know-how and the means, so we said, ‘Let’s go for it.’” With the going rate for some burial plots in the city as high as $20,000, Shachar said it is not a matter of whether burial catacombs will be built, but when.And with cave burials in Jerusalem dating back some 2,000 years, the idea is hardly original.Moreover, noting the high demand of Diaspora Jews who hope to be buried in the capital, Shachar said funding for the project has been swift.Indeed, an influx of buyers paying between $5,000 and $10,000 for a grave has resulted in a viable blueprint for a stateof- the-art, three-floor underground cemetery complex, replete with elevators, tunnels, and central air conditioning for some 22,000 tombs.While the National Insurance Institute generally covers the brunt of expenses for procuring a burial plot for Israelis, costs can escalate for tombstones, hiring a rabbi, and reserving a plot next to a loved one.For Diaspora Jews, the costs are far more prohibitive, but that has not hampered demand, as evidenced by the $50 million raised so far for the catacomb.Project manager Yair Maayan said the future for burials in Jerusalem is indeed underground.“This is all about how to make better use, smarter use of the land,” Maayan told The Washington Post.Jerusalem has several cemeteries, including the world’s oldest Jewish burial site on the Mount of Olives, Sheikh Badr, a private Sanhedria Cemetery, and Mount Herzl, which is reserved for the military and political leaders.Ground broke a few months ago on the project, which is expected to take seven years to complete, Shachar said.