At NIS 3.16 to the dollar, shekel reaches strongest level ever

"The flourishing of the hi-tech sector is also one of the reasons for the significant increase in direct and financial investments in Israel." 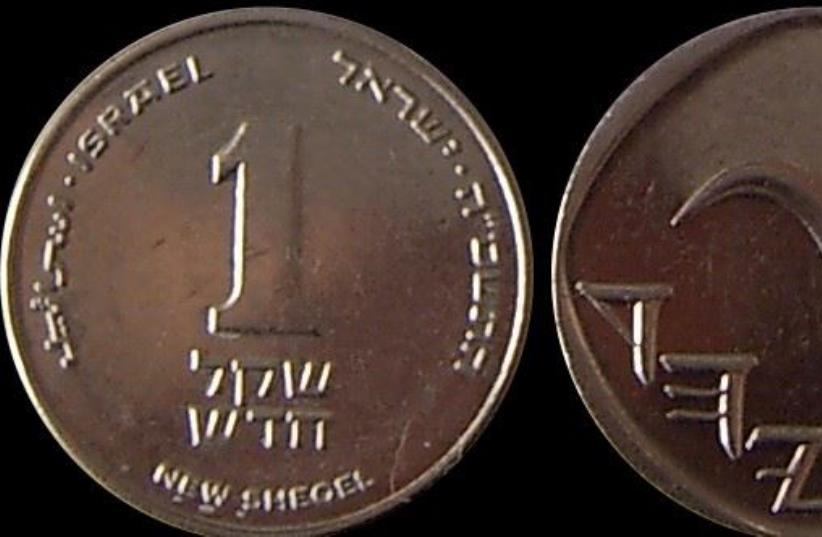 The shekel is at its strongest level ever, with no sign of slowing down.

The Israeli currency traded at NIS 3.16 to the dollar over the weekend, and NIS 3.69 against the euro. It fell 1.25% against the dollar in the past week alone.

"In the past week, the shekel has strengthened by 1.5% against the basket of currencies, and by 1.8% since the beginning of the month," noted Jonathan Katz, chief economist at Leader Capital Markets.

The trend is good for Israelis converting from shekels to foreign currencies, but disastrous for exporters who get paid in dollars. The shekel had traded around NIS 3.60 to the dollar for several years before it started strengthening rapidly last November.

The shekel briefly hit NIS 3.13 to the dollar on January 13 before the Bank of Israel announced plans to intervene in the market. However, such an intervention does not seem to be expected this time.

A bank employee counts Israeli Shekel notes for the camera at a bank branch in Tel Aviv (credit: REUTERS)

The rise is part of a long-term trend that goes back years, explained Kobby Levy, head of the marketing strategy desk at Leumi Capital Markets.

"The shekel has been strengthening for years due to a surplus in the current account that stems from long-term growth in the services sector, and especially hi-tech exports, which have flourished in recent years and more so since the corona crisis," Levy said.

"The flourishing of the hi-tech sector is also one of the reasons for the significant increase in direct and financial investments in Israel, among other things through the acquisition of local companies as well as through capital raising and IPOs of the high-tech sector," he added.

In January, the Bank of Israel intervened in the market, announcing it would buy up to $30 billion in dollars during 2021 in order to weaken the shekel. It has since bought even more than that, although Levi said the bank's goal is to slow down the strengthening of the shekel, not to reverse the trend.

Katz concurred. "The Bank of Israel has signaled that a rapid recovery in economic activity supports less market intervention," he said. "This is an inflation factor that few inflation forecasters take into account."

Expectations that Israel will raise its benchmark interest rate from the historic low 0.1% in the coming months is strengthening the bond market, which also impacts the shekel.

The strong shekel is a particular pain point for Israel's hi-tech industry, which mainly sells products abroad. "Startups and large companies rely more on the dollar than the shekel," said Eytan Pardo- Roques, operations manager and business development head at Sarona Partners. "Those companies are the most powerful economic engine of the State of Israel. One of the highest sources of taxation in the State of Israel is from hi-tech companies and startups, and in the event that these companies get into difficulties, the entire country will get into difficulties."

"The continued decline in the dollar will hurt the growth rate and profitability of companies in the hi-tech industry, because most of the income in the industry is based on foreign exchange and their expenses are in shekels," added Dotan Lazar, CEO and co-founder of LSports. "In the short term, the fall in the dollar exchange rate could slow down the rise in the wages of hi-tech workers and slightly hurt the growth rate and companies' revenues. Growth in most companies will slow down, which may cause some companies to raise prices for customers or make cuts in shekel expenses, which would hurt wages and conditions in the industry."