Australian Zionist leaders call on Druckman to step down

In a letter disseminated Thursday, the organizations said, “It is abhorrent to us that Rabbi Druckman continued to offer his sympathy and support to a convicted child sex abuser." 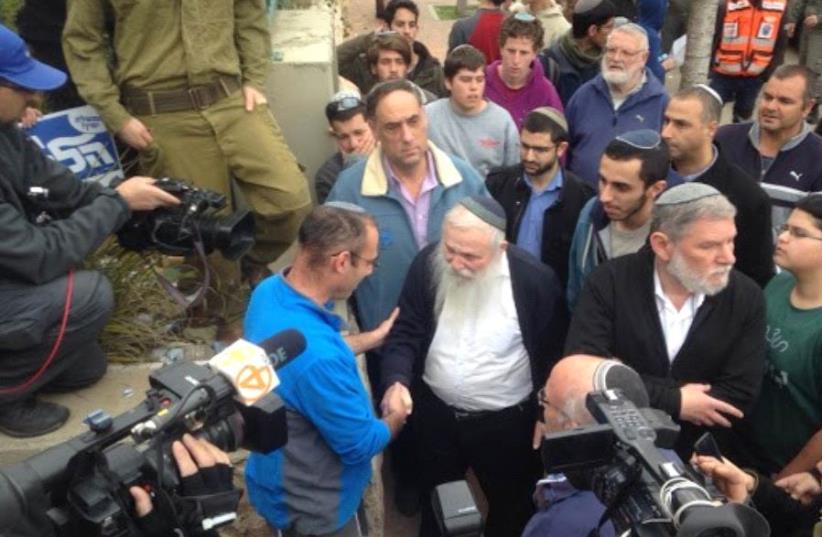 Rabbi Haim Druckman speaking in Ofra
(photo credit: JEREMY SHARON)
Advertisement
The Zionist Federation of Australia has called on Rabbi Haim Druckman to step down as head of Yeshivat Or Etzion and the Center for Bnei Akiva Yeshivot and Ulpenot.“It is abhorrent to us that Rabbi Druckman continued to offer his sympathy and support to a convicted child sex abuser, rather than to the survivors,” the organizations said in a letter disseminated on Thursday and signed by ZFA President Jeremy Leibler and CEO Ginette Searle.The letter referenced the way Druckman dealt with complaints against a teacher, Rabbi Mordechai Elon, who was convicted by the Jerusalem Magistrate’s Court in 2013 on two counts of sexual assault against a male minor. Following Elon’s conviction, Druckman continued to defend Elon and, until recently, allowed him to continue teaching in the institutions under his supervision.In recent months, additional allegations against Elon have surfaced.According to the letter, Druckman issued a recent statement about sexual abuse after philanthropists withdrew funding from his programs. However, Leibler said the statement “failed to acknowledge his own wrongdoing or apologize to survivors. This constitutes further abuse and renders Rabbi Druckman unfit to continue occupying a leadership role within the religious-Zionist community.“Moreover, if the new allegations are proven and occurred after Elon’s conviction, Rabbi Druckman is personally responsible for allowing a convicted sexual offender to continue teaching and, by extension, to re-offend,” said Leibler in the letter.In a second statement put out on Friday, Bnei Akiva Australia said it was disappointed with Druckman's "weak response" to the Elon sexual abuse scandal. "We, Bnei Akiva Australia, as a proud member of Bnei Akiva Worldwide, expect those in positions of power to lead the way in creating and supporting a culture whereby child protection is of the highest priority and abuse is never condoned nor covered up," the Australian branch of the youth movement said while refraining from calling directly on Druckman to step down from his positions. Leibler said that in Australia there have been members of the Jewish community who have suffered at the hands of sexual abusers. They “not only suffered from the abuse itself, but also from the failure of those in positions of authority to act appropriately.”
As such, Searle said that while such belated acknowledgment of the sexual abuse won’t change what happened, it is a critical aspect of providing justice to victims.Earlier this week, the Friedberg Family Foundation, known in Israel as Yedidut Toronto, a major philanthropic organization that donates to many Israeli institutions, froze funding for the Ami conversion program headed by Druckman. The foundation also adopted its position due to Druckman’s refusal to apologize for having backed Elon in 2013.The week prior, another major philanthropist who has contributed millions of dollars to Bnei Akiva and its various institutions also froze donations to the organization, this time because of the expected participation of Druckman at
Bnei Akiva’s world conference, which started this week in Jerusalem.That funder asked to remain anonymous.