In the early Byzantine period, Negev wines were perceived as boutique wines and highly esteemed. Now, a glimpse into their making is possible. 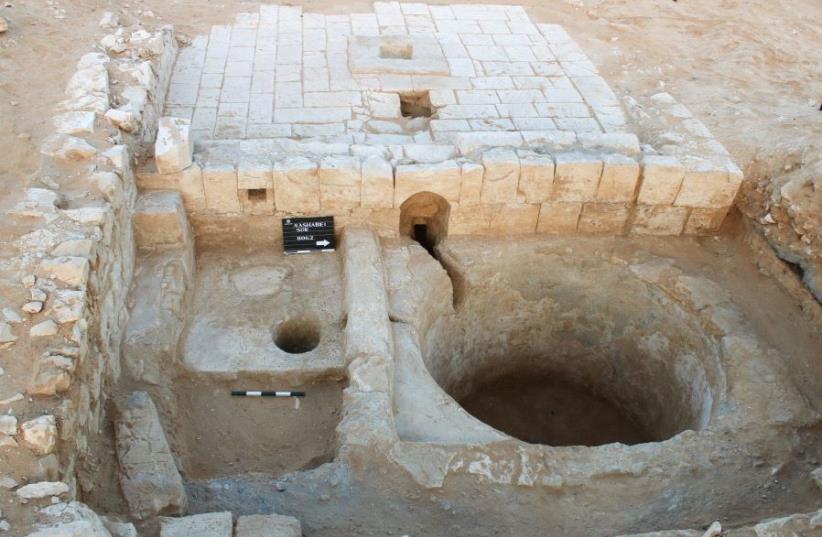 1600 year old wine press
(photo credit: DOYDA DAGAN / ISRAEL ANTIQUITIES AUTHORITY)
Advertisement
Maintenance work in the Ramat Negev region led to the accidental discovery of a spacious stone wine press from the early Byzantine period.The discovery was made as part of a salvage operation led by Yoram Haimi, the archeologist in charge of the south Negev region, along with yeshiva students from Belevav Shalem in Yeroham.Together, they unearthed a 40 m² (131 ft²) wine press, complete with a stone pressing floor, separation pit and a fermentation pool large enough to hold 6,500 liters of wine. 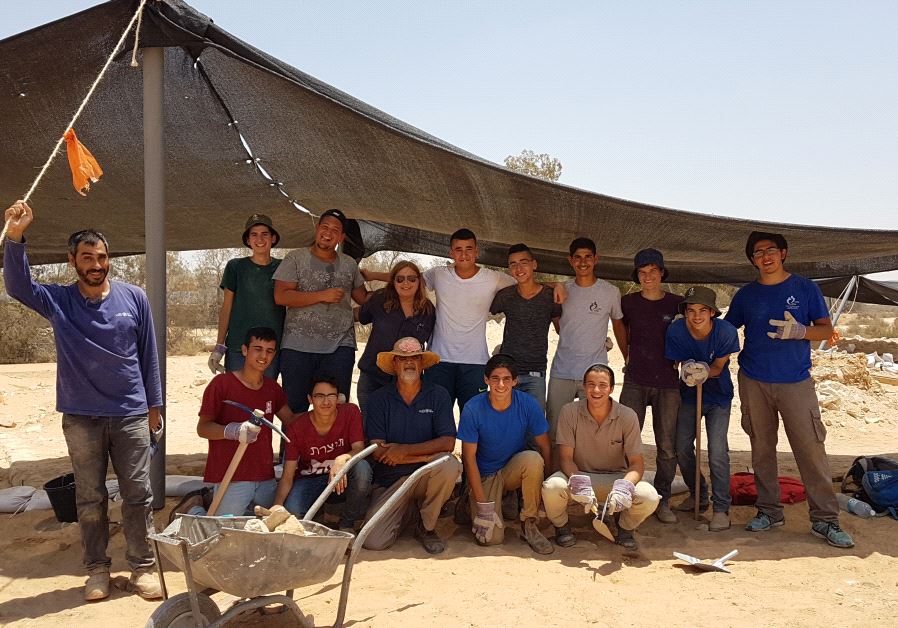 Haimi, who is heading an ongoing dig aimed at unearthing the history of the Sobibor extermination camp in Poland, took a moment to speak to The Jerusalem Post while supervising excavation of the ancient wine press.“Wine-making at the time was done using human labor,” he said. “The workers would step on the grapes, then the pulp would be delivered to a basin where the clear liquid would surface and the dregs sink. This clear liquid is tirosh, the grape juice most Israelis associate with childhood Seder meals in which they were given the sweet, nonalcoholic tirosh to drink for the traditional four cups of wine.“The tirosh would be moved to fermentation pots. Negev wines were held in very high esteem at the time, like the boutique wines of today,’ said Haimi.Wine production in the region went smoothly until a plague in the sixth century CE led to the decline of wine-making in southern Israel. The wine industry came to halt with the Arab conquest of the Levant and the end of the Byzantine period.Anat Rasyuk, from the Negev chapter of the Antiquities Authority, said the employment of students is a part of a larger educational effort meant to educate young Israelis about archeology.“In some cases the students visit an active dig and help out,” she explained. “But in other cases, this is a regular summer job. Students who happen to live next to an ongoing dig can apply to work there and be paid directly as they would in any other place. But when entire classes work, they usually do so to support their schools.“Some classes work to help ensure that all of their classmates have the funds to attend the educational tours in Poland.Their wages go to the school to fund the traveling expenses of students who would not otherwise be able to attend the program.”The site had been covered to ensure it is protected until the local council decides what to do with it. “Ideally, it would be open to the public,” said Rasyuk.