A matter of taste: The Kosher branch of Mike’s Place in Tel Aviv 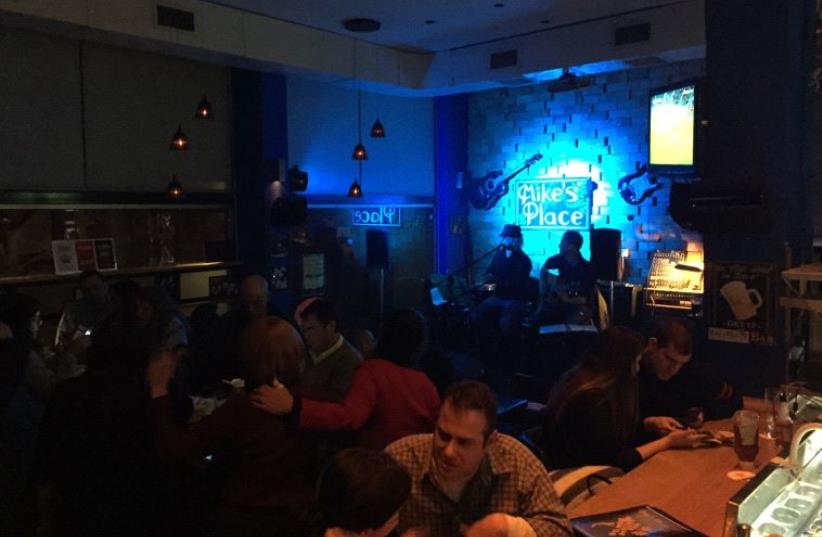 Mike's Place Ha’arbaa branch, Tel Aviv
(photo credit: Courtesy)
Advertisement
For over 20 years, Mike’s Place has been known as an American in Tel Aviv or Jerusalem’s home away from home. The winning concept is simple: good food and drinks, reasonable prices, warm ambience and, of course, location. Clearly, the management of Mike’s Place have learned from its Jerusalem branch that with the right creative touch a kosher restaurant can rival the non-kosher spots as a few months ago, they decided to kosher it’s branch on Tel Aviv’s Ha’arbaa Street. Walking inside, the interior is made up of intimate booth seating along with larger group tables. The bar area is relatively small, with a laid-back feel that makes it easy to chat up a neighbor. Along with large TV screens bringing you all the best in world wide sports there is a host of weekly live music events.Mike’s Place offers a rich kosher menu with a variety of classic American and Tex Mex dishes. The bar lives up to all international standards, with a selection of beers from around the world, both on tap and in bottles, and a cocktail menu that has a variety of drinks for everyone.We started with Mike’s deep fried BBQ chicken wings (8 for NIS 35) which were a knock-out. They are thick and meaty and luscious and everything you want in a chicken wing. Because of how they prepare their wings, the flavor of the chicken is improved and the sauce truly compliments the taste; rather than overwhelming them.Next up was the mini quesadillas (NIS 36) which consisted of three soft tortillas grilled with vegan cheese, fajita sauce and bean spread served with non-dairy sour cream. At first, I was a little skeptical of this dish as I love real cheese. But this one did not disappoint me. It was crispy, cheesy and flavorful.We continued on our Mexican culinary journey with the three beans taco (NIS 32). The tacos were perfect and had just the right amount of flavor and the beans were the perfect compliment to the dish. I was surprised at the fact that a taco without meat could taste so good.After a bit of a breather and a much enjoyed pitcher of Samuel Adams beer, it was onto mains. First up was Mike’s classic sloppy Joe sandwich (NIS 46) which included lots of ground beef and a good sauce on a well-toasted bun. My dining partner, who is American, defined the sandwich as a quick, comforting taste of childhood.Next up was the Big Mike double-decker burger (NIS 89) consisting of two 200g burgers topped with fried onions, corned beef, lettuce, tomatoes and pickles. This is truly for burger lovers with a big appetite! Getting started was no easy task. But once I finally got in position and had my first bite, it hit me. So many flavors that they all melted into one. The meat was juicy and well seasoned – and the bun was warm and soft. In addition, the fries and onion rings were amazing. They were thin cut, hot, crisp, and not too oily.Already bursting at the seams, we valiantly strove onto dessert. We tasted the white chocolate soufflé (NIS 34) served with whipped cream. It was pretty tasty for a parve dessert. At that point, you basically had to roll us out of there.Mike’s Place is a classic after-hours place to go. The crowd always changes, and the alcohol keeps flowing. I think that Mike’s, with its delightful atmosphere, good food and drink, will be around for a long time to come.
Mike’s Place
Kosher
14 Ha’arbaa Street, Tel Aviv
(03) 507-5559
The writer was a guest of the restaurant