A taste of Israel – from Lithuania to China 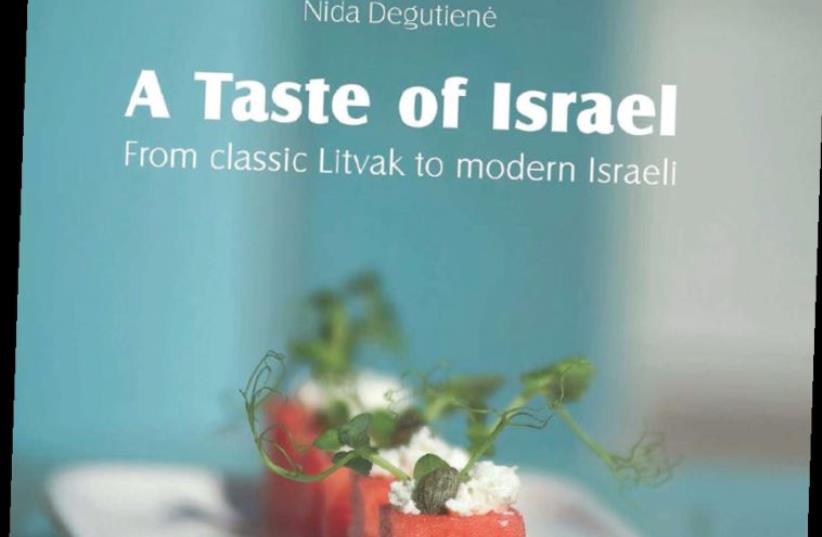 A Taste of Israel
(photo credit: Courtesy)
Advertisement
A cookbook on Israeli cuisine, published in South Africa by a woman from Lithuania, won an international accolade at the Gourmand awards in Yantai, China, late last month.Nida Degutiene’s A Taste of Israel, published by Random House South Africa, took the prize in the Jewish cuisine category of the Gourmand International cookbook awards on May 29.Degutiene first encountered Israeli – and Jewish – food in 2009, when her husband, Darius Degutis, arrived to serve a five-year stint as Lithuanian ambassador to Israel. Deguitiene, who knew little of Israeli or Jewish life before arriving, delved into the country’s cuisine and traveled around, absorbing all it had to offer.“When you live in Israel it’s plain to see that food holds a special place in Jewish life,” Degutiene wrote in the cookbook’s introduction. “From early morning until dawn the next day, Israelis are always noshing on something and enjoying one another’s company, and on any given holiday the festive table groans under the weight of a multitude of dishes and goodies.”“This book is a way of seeing Israel, a place so unknown to many, through different eyes,” she added.In the Jewish cuisine category, Degutiene beat out runners up the Hebrew-language Jewish Wedding Cookbook by Nomi Abeliovish and Ofer Vardi and Marlena Spieler’s Jewish Festival Food.The cookbook, subtitled “from classic Litvak to modern Israel,” covers the crazy melting pot of Israeli cuisine, from the Ashkenazi cholent, kugel, tzimmes and latkes to the Libyan shakshuka, Moroccan chraime, Iraqi sabich and Lebanese fatoush.The book was written and published in Lithuanian and then translated to English and sold first in South Africa and then in the US.Degutiene, who is not Jewish, even matches her dishes to the various Jewish holidays and offers a basic guide to keeping kosher.“It might look a little bit strange that I’m Lithuanian, writing about Israeli food and Jewish food, being in China and representing South Africa,” she said while accepting her award in Yantai. “This book actually is a result of my five years of my life in Israel.” After thanking Lithuania and South Africa, she gave her thanks also to Israel: “I would like to thank Israel because this is a country that is very easy to fall in love with.”