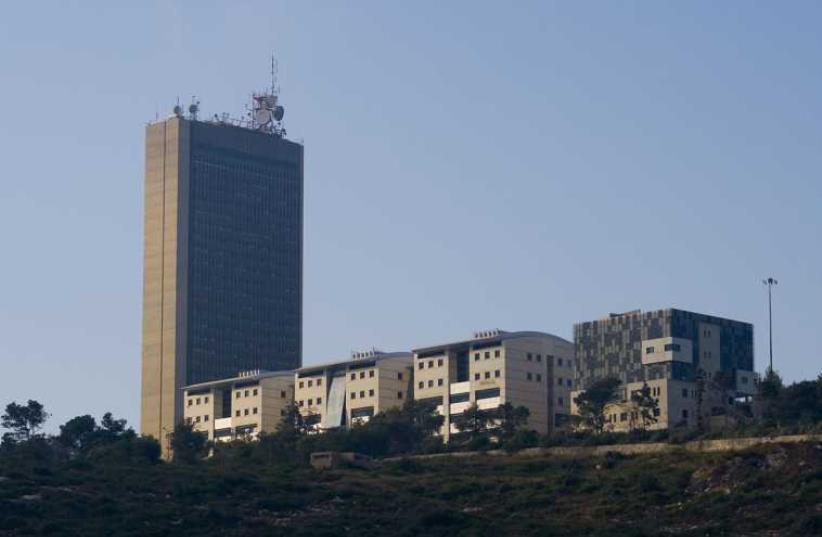 Haifa University
(photo credit: Wikimedia Commons)
Advertisement
■ THERE’S ONLY a year plus a couple of weeks to go before municipal elections, and in some places, the campaign has already begun. Entrenched mayors are not happy when other city council members try to unseat them, as happened in Tiberias.One would imagine that hostilities would be put aside at a New Year’s toast, but there’s been bad blood between Mayor Yossi Ben David and members of the opposition, including Dudik Shitrit, who until a few months ago, was a member of the coalition.Shitrit and Ben David traded insults, after which Shmulik Hermesh decided to join in and told Ben David that after 35 years on the council, it was time for him to “go home” because he wasn’t doing anything worthwhile. Shitrit, taking his cue from Hermesh, said: “The situation has never been as bad as it is now. You want to silence everyone. You don’t move around the Galilee. You don’t go to the mall. You don’t see the crisis affecting the merchants who are collapsing under the burden of rates and taxes. You don’t see the lack of tourism or the ‘For Sale’ notices. You just want to keep us quiet.” Ben David told Shitrit that he was all talk and no action, and that he’d never done anything for the city. “I didn’t do anything because you don’t allow anyone to do anything,” Shitrit retorted, adding that Ben David’s ego got in the way of everything.Shitrit has not announced whether he’s running for mayor next year.■ IN DECADES past it was much easier for males to get into universities than it was for females. In some universities, this is still the case. In Israel, the University of Haifa is the exception to the rule, thanks to its American Society’s new Women’s Scholarship Fund, which was initiated for women by women.More than 50 female philanthropists came together at New York’s Lotus Club this month for what they believe to be the first-ever Women in Philanthropy Series, at which the scholarship fund was launched. The scholarships will support female students at all levels of study.Influential female donors and community leaders convened for an intimate conversation with philanthropist Lady Irene Hatter and Danielle Ziri, the New York correspondent of The Jerusalem Post, focusing on the critical issues shaping modern-day philanthropy and the crucial role education plays in shaping tomorrow’s leaders. When they spoke of education, they made it clear that they were not considering the elite but youngsters from multicultural origins who strive for a better life. This has been the touchstone of Lady Irene and her husband Sir Maurice Hatter’s philanthropy in Israel and in the UK.“Philanthropy is not just about money; it can be about time, too. Pick something that is important to you, then do it and try to see how you are making a difference,” said Lady Hatter. “We are very committed to education. Education is the key to everything. It is something that you can’t take away, and if you give someone an education, it will enable them to help themselves for the rest of their life.”The Women’s Scholarship Fund aims to attract affluent women from across the US who are interested in creating a significant philanthropic footprint. Not only do women control 51% ($14 trillion) of personal wealth in the US, and hold almost 52% of all management and professional level jobs, it’s also a demographic that continues to experience increasing ratios of higher education and academic degrees.“Education is critical to improving lives and communities. Nowhere is that transformative power more evident than at the University of Haifa,” said Karen Berman, CEO of the American Society of the University of Haifa. “Our graduates are the next generation of entrepreneurs, lawyers, teachers, medical professionals, political leaders, academics and scientists whose work and discoveries are impacting the world. Our new Women in Philanthropy initiative, in establishing a special scholarship fund, will enable more women to have access to the university education that is critical to their personal success and the success of the State of Israel.”■ People who join the Global Experience tour to Prague in early December will have as their scholar-in-residence the highly erudite Michael Ajzenstadt, the artistic director of the Israel Opera. While in Prague, participants will get to see two operas – Mozart’s The Magic Flute and Bizet’s Carmen. They will also see a ballet performance of Tchaikovsky’s The Nutcracker.Ajzenstadt will be off for another Global Experience at the end of December, this time to Vienna, where he and the tour participants will see a different version of The Magic Flute and will also get to hear a Vivaldi concert as well as a Strauss and Mozart concert at City Hall on New Year’s Eve.