In ‘Fair Play,’ Czech actress portrays sprinter in the 1980s who is pressured by her coaches, doctor and even her dissident mother to take anabolic steroids in order to make it into the Olympics. 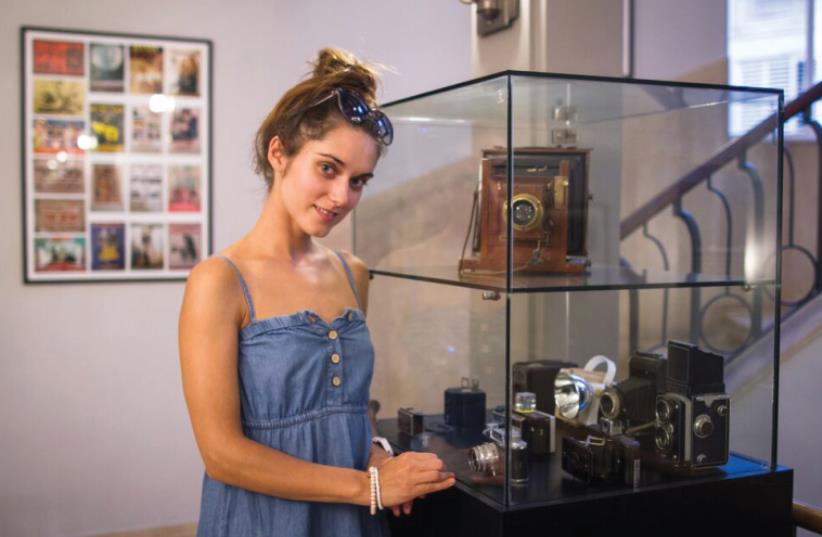 JUDIT BARDOS, the star of Fair Play, the opening-night film at the Czech Film Week, visits the Jerusalem Cinemateque.
(photo credit: Courtesy)
Advertisement
Usually, when you meet a movie star in person, they look far less glamorous than they appear on the big screen.But the opposite is true for Judit Bardos, the star of Fair Play, the opening-night film at the Czech Film Week, which is running at the Jerusalem, Tel Aviv, Haifa and Herzliya cinematheques.If I hadn’t looked up online publicity photos of her beforehand, I would not have recognized the petite and stunning actress, who was curled up in a chair outside the Lavan Restaurant at the Jerusalem Cinematheque when I met her.In Fair Play, she portrays a bulked-up Czech sprinter in the 1980s, who is pressured by her coaches, doctor and even her dissident mother to take anabolic steroids in order to make it into the Olympics.Anna, the character she portrays, complies at first and then rebels, refusing to take the illegal drugs, which begin to give her a masculine appearance and could have unspeakably harmful longterm consequences, such as infertility and cancer.“I don’t have bad memories of that period, of course,” said the 27-year-old actress, who was born just a year before the Berlin Wall fell. “To prepare, I watched a documentaries about the era. And I spent six months working out with a trainer three times a week.”What was it like for Bardos, who hails from Bratislava, Slovakia, to act the role of a young woman losing her femininity? “I’m an actress. This was the role. I saw a film about Jarmila Kratochvilova, a track athlete. She set some world records in the 1983 World Championship, and one of those records still stands. There was a lot of gossip that she took steroids.”As for the drab clothes she had to wear, the actress, who in person bears a striking resemblance to French singer/actress Vanessa Paradis, didn’t mind the ugly, synthetic track suits.“That’s what they wore then,” said Bardos.Clearly, she is more interested in fashion than the character, and wore a denim sundress during the interview. She surprised Noa Regev, the director of the Jerusalem Cinematheque, who dropped by to welcome the actress, by asking where she could change into a white cocktail dress for that night’s screening.“This is Israel, what you’re wearing now is fine,” Regev told her. But Bardos persisted.Bardos said the film’s director, Andrea Sedlácková, “realized there had never been a movie in the Czech Republic on this issue of female athletes pressured to take drugs and thought it was a great theme.”The actress added that the movie was partly inspired by the director’s desire to tackle this controversial subject – one that is still in the news on a regular basis – and “by her personal life. She emigrated to France when she was young, and so the theme of the dissident mother, who is pushing her daughter to take the drugs so she can go to the Olympics and defect to the West, was similar to her own story.”While Bardos has never wanted to emigrate herself, she understands what it is like to be a minority, as she is of Hungarian descent, a group that makes up less than 10 percent of the Slovakian population.“At acting school, I had to work on my accent in Slovakian,” she said.Speaking Czech with a correct accent is even more of a challenge, and she is pleased that in her next role, a television miniseries, she will portray an actress in Czechoslovakia in the 1930s when the country was a German protectorate, and “everyone has accents.”Bardos, who studied to be a pianist before turning to acting, is the daughter of a politician father and a mother who is a radio and television presenter. She balances film and television work with stage performances, and is excited to be in Israel for the first time, as well as to be representing a film she is proud of. She is especially pleased that she got to work alongside Anna Geislerová, one of the Czech Republic’s leading actresses, who played her mother in Fair Play.“She was super nice and patient with me,” said Bardos.“She never said, ‘Oh shit, we have to do it again because of this young girl.’ I learned to so much from her, it was such a thrill.”