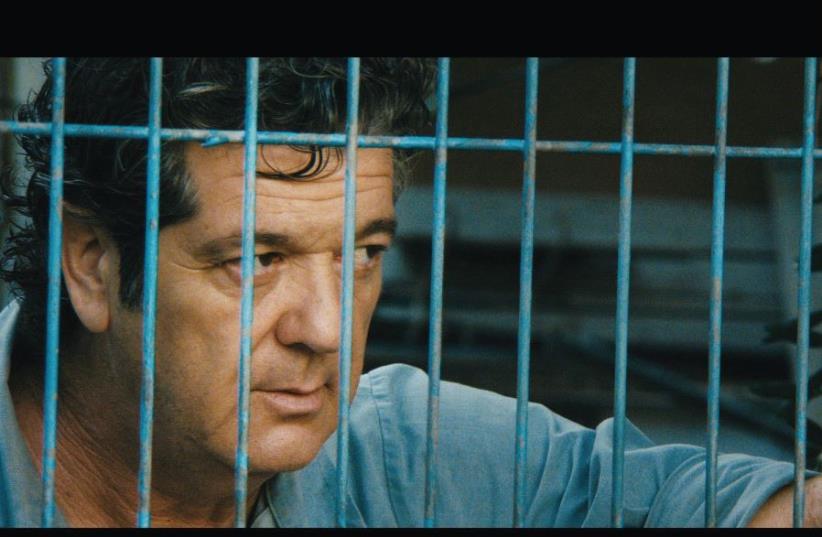 AVI KUSHNIR stars in ‘Ewa.’ (Courtesy)
(photo credit: Courtesy)
Advertisement
The 16th Cinema South International Film Festival, which will take place at the Sderot Cinematheque and other venues from today through June 15, features an eclectic mix of international and Israeli feature films and documentaries, with an emphasis on movies that look at aspects of life that have been ignored by conventional cinema.The School of Audio and Visual Arts at Sapir College in Sderot sponsors and organizes the festival, which reflects the diverse population of the area, and includes veteran Sderot residents of North African descent, as well as newer immigrants from the former Soviet Union and Ethiopia, and Beduin from nearby villages. While most of the screenings are held at the Sderot Cinematheque, there will also be movies and events in Rahat, Netivot and Ofakim.This year’s festival will open with the premiere of the new film Ewa, by Haim Tabakman, who made the acclaimed drama Eyes Wide Open. Ewa stars Efrat Ben- Zur, Gil Frank and Avi Kushnir in a drama about a long-married Holocaust survivor whose husband discovers a secret about her past.The festival will feature a tribute to the late Israeli actress/director Ronit Elkabetz, and will present several films she made in France.There is an Israeli documentary section, as well as a presentation of films by Sapir College graduates.Maysaloun Hamoud, the director of the prize-winning film In Between, about three young Arab women living in Tel Aviv, will give a workshop.Director Savi Gabizon will be the subject of a tribute and a number of his films will be shown, among them Nina’s Tragedies.There will be number of international guests this year. Among these will be Amat Escalante, a Spanish director who has worked extensively in Mexico. He won the Best Director Award from the Cannes Film Festival in 2013 for his film Heli, which will be shown at the festival along with Escalante’s most recent film, The Untamed, as well as three of his other films.French-born director Dyana Gaye, of Senegalese descent, will attend the festival to present several of her acclaimed films, among them Saint Louis Blues, an unconventional musical that was a surprise international hit, and Under the Starry Sky.Argentine director Lisandro Alonso will be at the festival for the screening of several of his films, including Los Muertos and Jauja, a film about a Danish father, played by Viggo Mortensen, who travels to Patagonia with his daughter in the 19th century.Documentary filmmakers Lucien Castaing-Taylor and Verena Paravel will attend the festival and present their work.These guests from abroad will hold workshops that are open to the public. There will also be a number of special events, several of which feature musical performances.Prof. Avner Faingulernt, the founder of the festival and head of the School of Audio and Visual Arts at Sapir Academic College, said in a statement: “This is our 16th year and in line with its coming of age, the festival has become more rebellious. Every year we reinvent ourselves, but this year we managed to surprise even ourselves! Come to Rahat, Sderot, Netivot and Ofakim for a week of artistic works that are different.This year we focused on cinema that stands at the intersection of art, society and politics, and we surrounded these works with a carnival of dance and music that extends into the small hours of the night.”For information and to order tickets, go to the festival website at http://csf.sapir.ac.il.