A committee was established by the municipality a month ago to look into the issue. 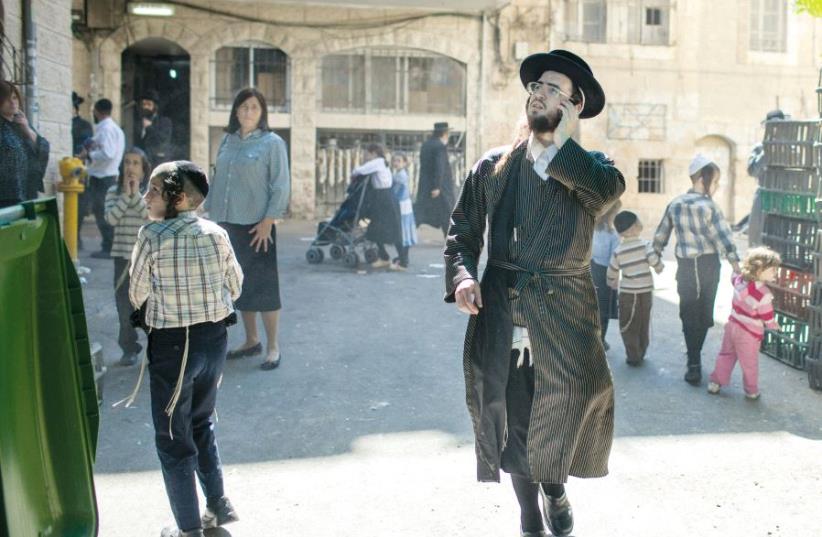 A haredi in Jerusalem
(photo credit: ILLUSTRATIVE)
Advertisement
The leaders of the haredi political parties Shas and United Torah Judaism stated following a meeting with Jerusalem Mayor Nir Barkat that they accept that there has been no egregious infringement of the Shabbat status quo in the capital, despite a clamor by haredi and national- religious figures in the city.In recent months, leading figures in the Jerusalem Municipal Authority such as Yitzhak Findrus of UTJ and Aryeh King of United Jerusalem have denounced supposed violations of the status quo against commercial activity on Shabbat, and the spread of recreational activities on the Sabbath.An ultra-Orthodox body called the Rabbinical Committee for Shabbat Issues has also vocally denounced Shabbat violations in Jerusalem of late, while the haredi media have urged the sector’s political leadership to take action on the issue.A committee was established by the municipality a month ago to look into the issue and reported to Shas leader and Interior Minister Arye Deri, UTJ chairman and Health Minister Ya’acov Litzman and senior UTJ MK Moshe Gafni on Tuesday night, in a meeting with Barkat.“The factual picture that emerges is that the claim that there has been a big breach in the status quo has not been proved,” the haredi leaders said in a joint statement issued following the meeting.“There are several issues for which the examination has not been completed, but it seems that changes and the extent of commercial activity on Shabbat, if it does exist, is not great,” the statement continued, and noted there has been increased enforcement of bylaws against commercial activity in the last 18 months.“With regards to activities in communal centers, it appears that in nearly all of them there has not been significant changes in the extent of these activities that include desecration of Shabbat. The examination into irregular incidents will continue.”According to the statement, the committee will seek to reach firm understandings and agreements on these issues, but needs more time to complete this process, and will issue an interim report in the coming days.Rabbi Aryeh Goldknopff, chairman of the Rabbinical Committee for Shabbat Issues, said that the reason no breach in the status quo had been found was that there was a dispute regarding the definition of the status quo.“Everyone agrees that there is Sabbath desecration in Jerusalem, and everyone agrees that we need to reduce it, but the committee that was appointed didn’t want to write this precisely in its first document, which is why it wrote an interim report,” Goldknopff told the Kol Barama haredi radio station.King objected to the findings and the statement put out by the haredi leaders, saying he would speak to “all the rabbis and hassidic grand rabbis connected to the haredi members of the municipal council to inform them of the situation,” adding that “there is a gap between the decision that has been taken and reality on the ground.”