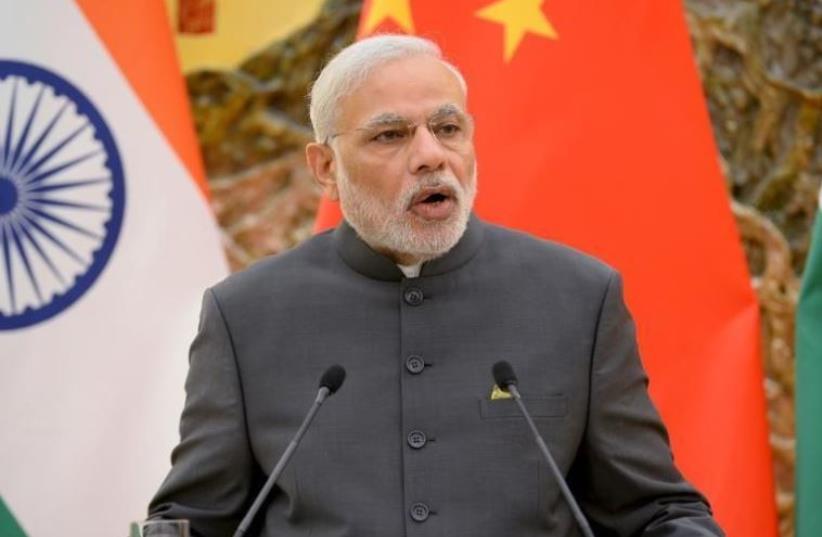 Indian Prime Minister Narendra Modi
(photo credit: REUTERS)
Advertisement
India is the latest country that has reportedly purchased Israeli drones, following reports earlier this week of similar purchases from both Russia and Switzerland. The Indian government approved the purchase from Israel last week of 10 missile armed Heron TP drones, Indian news outlet The Economic Times reported on Friday. The report noted that the acquisition of the drones, produced by Israel Aerospace Industries, was "crucial" and that it would "enhance India's cross-border military strike capability." A senior military source told ET that the project "has been accelerated under directions from the highest levels of government and that armed drones may join service within a year." Unnamed officials told ET that the government of India's current Prime Minister Narendra Modi revived and fast-tracked the purchase of the drones earlier this year, a project that did not have political support in 2012 when the Indian army proposed the acquisition. A senior team from Israel Aerospace Industries is in New Delhi currently. Israelis are exploring joint production of drones with India, according to the report. Former Air Chief PV Naik said the acquisition of armed drones would be a significant addition to India's air power."It is very good if something like this is happening. Instead of sending a pilot in a high-risk area, it is best to use an armed drone. The system can also be used for a surprise, sneak attack," Naik told ET.