‘The UN has proven time and time again that it is biased against the Jewish state,’ says Barkat. 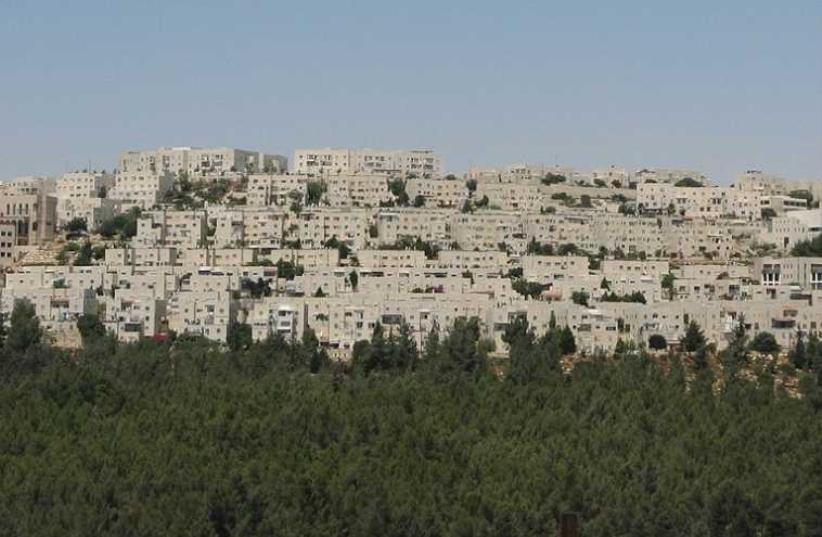 Jerusalem's Ramat Shlomo neighborhoood
(photo credit: Wikimedia Commons)
Advertisement
Three days after the United Nation’s Security Council voted to adopt a resolution condemning Jewish construction over the 1949 Armistice Line, multiple reports on Monday stated that the Jerusalem Municipality will approve hundreds of housing units in contested areas on Wednesday.Angered by what the council deemed an “illegal” and “flagrant violation” of international law, Jerusalem’s Local Committee for Building and Construction is prepared to approve the construction of 618 homes, Haaretz reported on Monday.The approvals will purportedly include 262 units in Ramat Shlomo, 216 in Ramot and 142 in Pisgat Ze’ev. Additionally, the municipality’s District Zoning Committee is expected to discuss approval of 5,600 more residential units in Gilo, Ramot and Givat Hamatos when it meets on Wednesday, according to Israel Hayom.Although the municipality has yet to release a statement about the matter, as recently as last month Jerusalem Mayor Nir Barkat said he would never cease construction in the capital, despite ongoing international pressure.“The Local Committee for Building and Construction has no line,” he said during an exclusive interview with The Jerusalem Post. “Everything that comes to the local committee, we approve. On the district committee, which is national, sometimes there are [barriers] for projects that are awaiting approval.”“On the local side,” he said, “I basically said to everyone: I’m not ever going to stop building. No construction will be stopped by me as mayor.”Moreover, deeming the resolution further evidence that the UN is fundamentally biased against Israel, Barkat issued a blistering statement after the Security Council demanded the immediate cessation of all construction in “occupied Palestinian territory, including east Jerusalem.”“The UN has proven time and time again – through last month’s UNESCO resolution and this most recent Security Council vote – that it is biased against the Jewish state,” Barkat said, referring to the resolution denying Judaism’s link to the Temple Mount, its holiest site.He also took the outgoing Obama administration to task for abstaining from the otherwise unanimous vote for “strengthening the voices that wish to delegitimize the Jewish connection to this land and the eternal, indivisible capital of the Jewish people: Jerusalem.”Barkat added: “The US decision to abstain from the UN Security Council vote has exposed the consistently failing strategy of the Obama administration of harming its ally Israel by strengthening its enemies. The decision to abstain from this vote to call out Israel – the one democracy and island of sanity in the Middle East, while the countries around us are on fire, with thousands being slaughtered and butchered – is hypocritical and vicious but will not deter us.”Taking a degree of solace in President- elect Donald Trump’s clear support for Israel, as evidenced by his decree to move the US Embassy from Tel Aviv to Jerusalem, Barkat expressed hope that the next administration will focus on terrorist organizations instead of on Israel.“I urge the [president-elect] to lead a regional joint security cooperation against Iran, ISIS, Hamas and the many terrorist organizations around the world,” he said. “The new US administration’s message to the UN and the world must be: Whoever works with us will succeed, and whoever who works against us will fail.”