The regional medical center envisaged by Ariel would serve some 300,000 people from all sectors of the population as well as Palestinians. 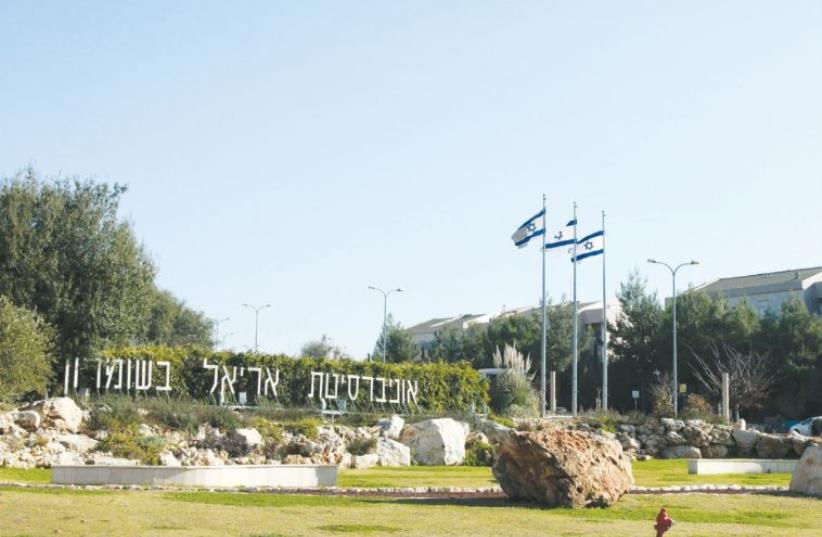 Ariel University
(photo credit: HAIM ZACH/GPO)
Advertisement
It’s not every day an educational institution gets a $4.5 million gift for which it made no bid. This is especially true if that university is in the West Bank. But the gift that Ariel University received from the Helmsley Trust will certainly go a long way toward building the Ariel Medical Center, which will be constructed on the university’s campus.New York lawyer Sandy Frankel, who, for many years represented the late Leona Helmsley, told President Reuven Rivlin on Tuesday that Helmsley had left $5 billion for her trustees to distribute as they saw fit.Frankel, who is the key trustee, saw this as the perfect opportunity to do something for Israel.Since 2010 when it began making donations primarily to medical and educational institutions in Israel, the Leona M.and Harry B. Helmsley Charitable Trust has given $163 m. to various Israeli projects.One evening as he and his Israeli wife, Ruth, who was born in Petah Tikva, were finishing their dinner and discussing where to direct future donations, they realized that even though their trust had given to every hospital and university in Israel, there was one that had been missed – Ariel University.They decided to make up for the lacuna, especially after they learned that Ariel was in the process of expanding its clinics with a view to creating a medical center that will benefit not only the residents of Ariel, but Jews and Palestinians alike. The current clinics are the closest medical facilities available to people in this peripheral area of the West Bank.Education Minister Naftali Bennett, who is chairman of the Council for Higher Education, joined Rivlin in greeting a delegation from Ariel University’s Board of Governors. From now on, Ariel will be a university like every other in the country, declared Bennett, emphasizing that it provides educational opportunities for people living in peripheral areas, such as Jews of all stripes, Israeli Arabs and Palestinians.“Ariel has something that no other university has – it has a soul,” asserted Bennett. This was not intended to detract from the standards of other universities he explained, but merely to demonstrate Ariel’s attitude toward its human environment.Ariel University president prof. Yehuda Danon said that the aim is to have a regional medical center, because even in a country the size of Israel, there is a huge discrepancy between medical services in the center of the country and those in the periphery, with the latter often receiving second-class medical services.The regional medical center envisaged by Ariel, he said, would serve some 300,000 people from all sectors of the population as well as Palestinians.Ariel University chancellor Yigal Cohen Orgad noted that “today 40 percent of new physicians are studying abroad.” Ariel wants to work in cooperation with the Assuta and Wolfson Medical Centers to keep Israeli medical students in Israel and train them here.Rivlin recalled the challenges of establishing Ariel College more than thirty years ago. “It was a dream that we brought it to reality,” he said, recalling how he had persuaded every member of Herut to contribute NIS 100 as seed money, because “we couldn’t ask people abroad to give if we didn’t give ourselves.”Recalling that period, Orgad said that people think that crowd funding is a relatively new thing. He credited Rivlin with having started crowd funding in Israel when he began amassing NIS 100 contributions from Herut members.Rivlin believes Ariel University, with its diverse population, can play a cardinal role in peace making. With the university and the medical center serving such a wide public he observed, it is obvious even to the Palestinian Authority that Israel is not doing something against the people, but for the people.