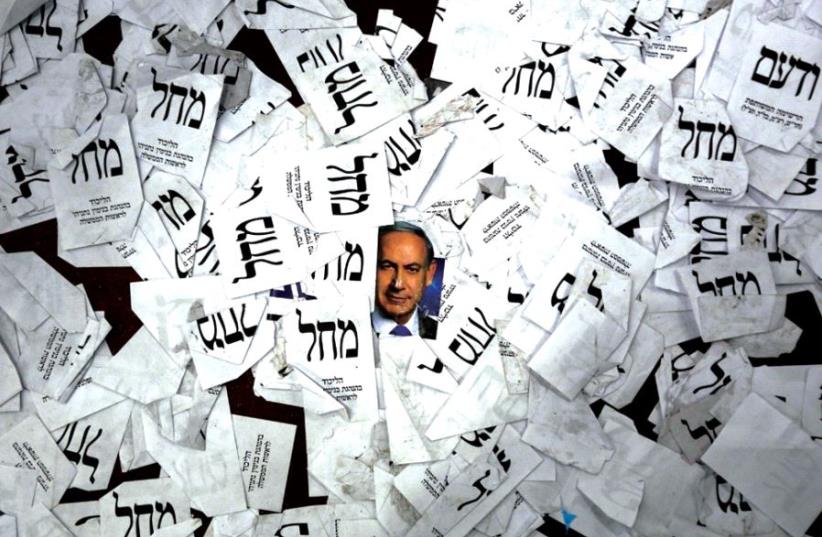 Likud ballots
(photo credit: REUTERS)
Advertisement
A fierce battle is expected for the next Likud Knesset list due to party procedures that MKs are working behind the scenes to change, in a move revealed Monday.The Likud limits anyone who has been an MK to the first 15 slots on the party’s Knesset list, known as the “national” slots.The next 15 are allocated to new candidates from various regions and key sectors of the population.Under that system, the Likud’s 30 MKs will all be vying for just 15 slots. So will former ministers Gideon Sa’ar and Danny Danon and possibly well-known mayors Nir Barkat of Jerusalem and Haim Bibas of Modi’in.Channel 2 revealed Monday night that there is an effort underway to expand the national list to as many as 25. But such a move would have to pass in the Likud central committee, which includes nearly all the new candidates who would seek the regional and sector slots.There will also be arguments against the move, because the Likud needs to paint itself as a socioeconomically minded party, with representatives from throughout the periphery.The report said central committee members could be compensated by the passage of the so-called “Norwegian Law,” in which all ministers would quit the Knesset in favor of the candidates lower on the party’s list.Coalition chairman David Bitan is leading a rare, bipartisan effort to pass the Norwegian Law alongside veteran Zionist Union MK Yoel Hasson.Bitan’s associates denied a connection between that effort and attempts to expand the number of national slots on the list. They expressed confidence that Bitan will be reelected regardless of how many national slots there will be.But for other freshmen MKs, such a move could be the difference between reelection and the end of their political careers.Backbench Likud MK David Amsalem, who fits that category, denied any connection to the effort.Sources in the Likud central committee said they expect the move to be brought to the committee just ahead of the next general election. They speculated the effort was leaked now in an attempt to encourage Likud mayors to – instead of running for Knesset – run for reelection in local authorities, elections that are 14 months away.