Meretz ministers Horowitz and Frej to meet with PA’s Abbas

Prime Minister Naftali Bennett expressed reservations about the meeting but did not block it from taking place.

“We are in a government that agreed to disagree, but we didn’t agree not to meet,” Frej said on Thursday regarding the Palestinians.

“As for [Abbas], there is no need to get excited,” he told Army Radio. “We still are not resolving the Palestinian problem.”

Later in the day at a virtual conference hosted by Tel Aviv University’s Institute for National Security Studies, Frej said Israel is looking to reduce the points of friction with the Palestinians.

Israel, however, “must renew the peace process and contacts with the Palestinians,” he said, adding that “we have to do this.”

Israel “can’t run away from the Palestinian issue. It is here and it is the heart of the matter,” Frej said.

Prime Minister Naftali Bennett expressed reservations about the meeting, but he did not block it from taking place, Army Radio reported. His representatives declined to comment.

A month ago, Defense Minister Benny Gantz (Blue and White) met with Abbas in Ramallah and offered him a slew of goodwill gestures, including a NIS 500 million loan from the tax funds Israel withheld due to the PA’s payments to terrorists and their family members, as well as 16,000 additional permits for Palestinians to work in Israel and more permits for Palestinian construction in Area C, which is under IDF control. 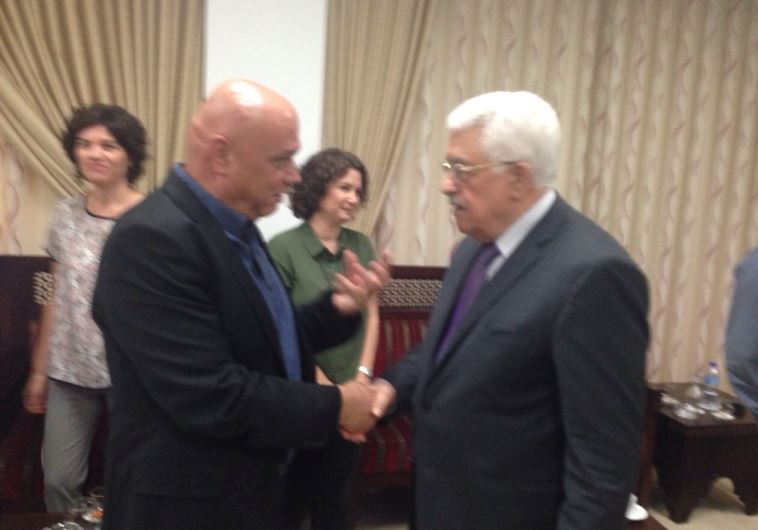 Bennett gave his consent for that meeting, but a source close to him clarified soon afterward that the Gantz-Abbas meeting does not mean there are negotiations between Israel and the Palestinians.

Bennett did not mention the Palestinians in his speech at the UN on Monday, reflecting his view that Israel’s relations with the world should not have to be viewed through the prism of the conflict.

He also opposes a two-state solution and does not see a reason for him or other ministers to meet with Abbas under the current circumstances, though he supports steps to improve the Palestinians’ economy and quality of life.

Though Foreign Minister Yair Lapid is in favor of an eventual two-state solution, he is also uninterested in meeting Abbas as long as the Palestinians’ suit against Israel for alleged war crimes at the International Criminal Court still stands and the PA continues its “pay for slay” scheme.