Bill states that Israel is nation-state of Jewish people based on foundations of liberty, justice, and peace, and upholds equal rights for all. 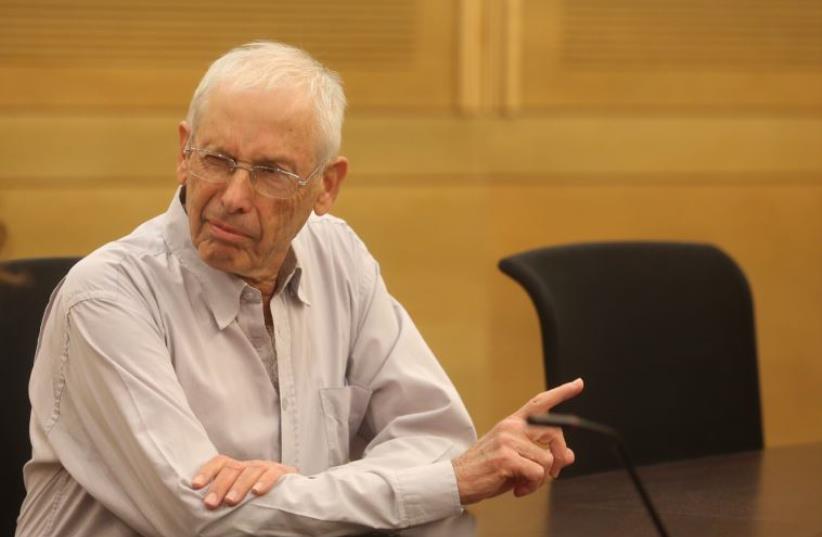 Minister Bennie Begin
(photo credit: MARC ISRAEL SELLEM)
Advertisement
The Ministerial Committee for Legislation has approved a pared-down version of the Jewish state bill proposed by MK Bennie Begin (Likud), advancing it to a newly formed ministerial committee on Jewish state bills.The new committee is meant to resolve the differences between coalition members seeking to pass a constitutional provision defining Israel as the nation-state of the Jewish people, but who have very different ideas as to what the details of such a bill should be.The bill, based on proposals submitted by Yesh Atid and Hatnua in the last Knesset, states that “Israel is the nation-state of the Jewish people, based on the foundations of liberty, justice and peace in light of the vision of the prophets of Israel, and upholds equal rights for all its citizens.”The legislation proposes that Israel is a democracy, in which the national anthem, flag and symbol of Israel will be established by law (as they already are), and that the bill can only be changed by a new Basic Law voted in by 80 MKs or more.Previous versions of the bill proposed by MKs from Likud, Bayit Yehudi, Yisrael Beytenu and the now-defunct Kadima Party, were not only declarative but actively sought to give the High Court something to consider when making rulings, in addition to their democratic function. This is because they were proposed as Basic Laws, which the court gives constitutional standing to. They stated that Israel is a democracy and that all citizens, regardless of religion or nationality, have equal individual rights, but that only the Jewish people has the right to national self-determination in the State of Israel.Some permutations of the proposed bill included controversial articles stating that Hebrew is the official language of Israel – while stating that Arabic has “special status” – and proposing that the government should work toward “Jewish settlement in its land and allocate resources to this goal.” Other proposals included stating that Jewish religious law should serve an “inspiration” for lawmakers and judges, as well as clauses that could require the government to allow Jewish prayer on the Temple Mount.Prime Minister Benjamin Netanyahu supported the more detailed version of the bill late last year, which was part of a chain of events leading to the government’s collapse, as then-ministers Tzipi Livni and Yair Lapid vehemently opposed it.The prime minister then vowed that his next government – now the current one – would pass a Jewish state bill, and the coalition agreement states that one must be passed, but does not go into detail as to what