The dress I wore to the Knesset

The dress I wore to the Knesset would not have been appropriate for a visit to the Western Wall. But I wasn’t visiting the Western Wall – I was a journalist covering an event at the parliament. 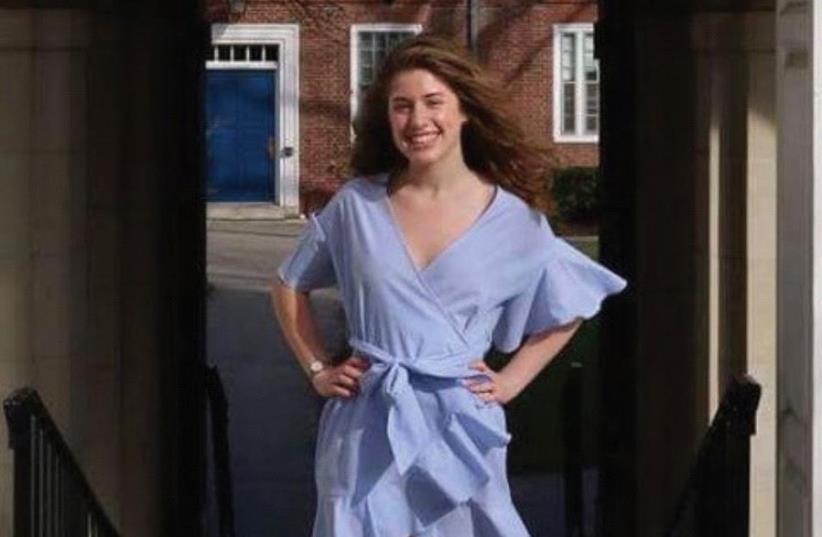 JAMIE HALPER poses in the dress she was not allowed to wear to cover a story in the Knesset.
(photo credit: Courtesy)
Advertisement
The dress I wore to the Knesset did not quite reach my knees. But in an American office building, or the United States Congress for that matter, it would not have even raised eyebrows.The dress I wore to the Knesset would not have been appropriate for a visit to the Western Wall. But I wasn’t visiting the Western Wall – I was a journalist covering an event at the parliament building.The dress I wore to the Knesset should not have been judged by a security guard abiding by an unclear dress code stating that “short dresses” are not allowed. But it was.In fact, he told me I would only be let in if I went to the Cinema City center and bought a new dress. And so, in the 90-degree heat (32 C), I trekked 1 kilometer uphill in what should have been an acceptable outfit to buy a new one.Upon returning, the guard who had told me to change teased me. “You actually bought one and came back?” he asked with a laugh. Of course.I wholly respect the dresscode expectations of different locations. When I go to the Western Wall, I wear a skirt that falls to or below my knees. When I go to synagogue, I ensure that my shoulders are covered. And when I go to work, I ensure that my clothing is, on the most basic level, not revealing and inappropriate.That is the category under which I would consider the dress I wore to the Knesset.An appropriately blue and white dress, not too far above my knees, with sleeves that came to my elbows.If there had been a clear guideline as to the expected length of my dress, I would have no problem abiding by the rule. If the Knesset had provided a scarf for me to wrap around my waist the way the Western Wall does, I would have put it on without argument.The experience I had at the Knesset was similar to that of the Knesset aides who were turned away in December for dresses and skirts the guards deemed too short following a reinvigoration of the enforcement of these long-standing dress codes.Following those denials, the aides and some members of the Knesset staged protests. Subsequently, there were reports of a decision to relax the dress restrictions, to offer warnings before absolute denial to the building, and to only allow entry restrictions by a guard of the same sex.I experienced none of the changes supposedly achieved by the protests: My dress was not provocative in any sense; I was denied entry without a warning until I returned in a new dress; and I was turned away by a male guard.A Knesset spokesman informed me that, because I was part of a group, the warning rule did not apply to me. He did not address the issue of the sex of the guard blocking my entry.At the end of the day, the inconsistencies in the policy are unacceptable. If, in fact, the rules as I understand them are not true, they should be. A male guard has no right to determine how provocative my outfit is without a defined length measurement.Similarly, a journalist invited to the Knesset in one context should not receive a warning, while a journalist invited in another context does not.Inconsistencies such as these allow for a level of personal discretion on the part of guards that inconveniences people looking to enter the grounds for work and tourism, and opens the door to sexism based on the guards’ own ideas about the implied promiscuity of any given outfit.To stand at the entrance to the parliamentary complex in a perfectly acceptable dress and be told that it is inappropriate is demeaning. To have an ambiguous dress code – one that deems certain categories of dress as inherently sexual and provocative – at the seat of Israel’s legislature is outdated and embarrassing for the administration of the Knesset.If such a code must exist for the preservation of the modesty of the space, it should only be put into place with consultation of the women who work there, and must be made explicitly clear – including measurements – and consistently applied.For a woman to be policed – and rudely at that – by a male guard is unfair and uncalled for.In the future, I will wear a longer dress when I go to the Knesset, but never without concern that even my best efforts to follow the dress code could be deemed insufficient if the guard that day feels like it. That’s not a concern I should have to consider when simply going about my job.