Reaching out to descendants of conversos

President of "Reconectar" says he receives emails from people around the world who discover Jewish ancestry. 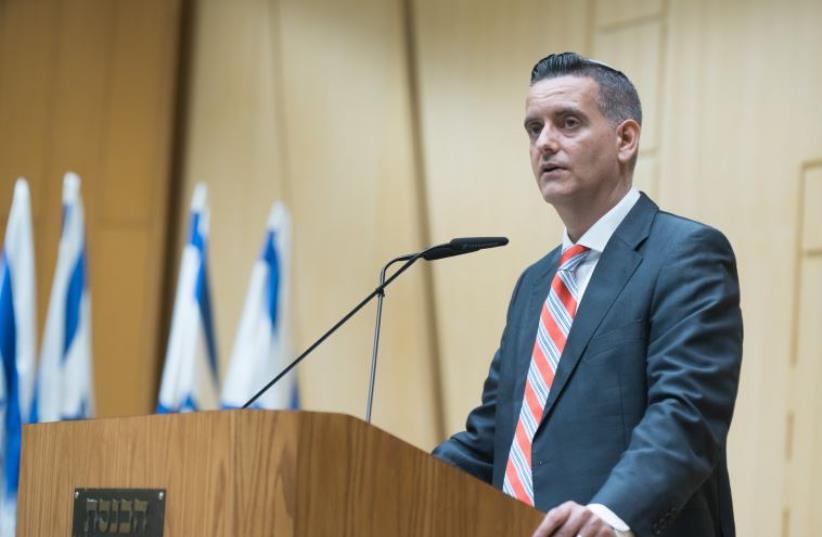 Ashley Perry
(photo credit: Courtesy)
Advertisement
There are tens of millions of people reaching out or knocking on the door of the Jewish world – and most Jews are not aware of this phenomenon,” Ashley Perry, president of Reconectar recently told The Jerusalem Post.Reconectar (reconnect in Spanish and Portuguese) is an organization which reconnects the descendants of Spanish and Portuguese Jews compelled to become Roman Catholic more than 500 years ago – known as bnai anusim in Hebrew or conversos in Spanish – with the Jewish people today. Perry estimated that there are more than 100 million descendants of these Spanish and Portuguese Jews, and that tens of millions today want to reconnect and learn about their Jewish roots.“Every day I receive tens or hundreds of emails from people around the world who know or have discovered that they have Jewish ancestry,” he said. “And they are seeking solutions to reconnect to the Jewish people.”Perry, who has worked for many years as a senior government adviser, serves as the director-general of the Knesset Caucus for the Reconnection with the Descendants of Spanish and Portuguese Jewish Communities headed by MK Robert Ilatov (Yisrael Beytenu.The issue is of personal importance to London-born Perry, whose family name was originally Perez. Himself a descendant of Spanish and Portuguese Jewish exiles, his family fled the Iberian Peninsula and made their way to Holland and then to the UK.“There is a total lack of awareness of these descendants,” he said. “We want to bring this issue into the national and international agenda.”Last week, the issue was thrust to the spotlight as Education Minister Naftali Bennett was presented with the recommendations of the Biton Committee, tasked with empowering Sephardic Jewish cultural studies within the general education curriculum.The committee, headed by Israel Prize laureate Erez Biton, provided recommendations on integrating the heritage of Mizrahi Jews from Arab or Muslim countries such as Egypt, Iraq, Iran, Tunisia, Morocco and Libya into the curriculum as well as the heritage of Spanish Jewry.One of the recommendations of the committee was for students to take annual school trips to Balkan states, Spain and Morocco as part of a heritage tour to learn about Jewish roots in those countries.“Unfortunately for too long, Jewish history, cultural and tradition has been narrowly defined through a certain prism and we welcome the widening of the prism – not just for the formative Sephardi and Mizrahi world but also for all the Sephardi Jews who were disconnected from us throughout our history,” Perry said.He explained that this renewed interest in reconnecting with the Jewish world was made possible due to technological advances such as genealogy and DNA testing, and even simple Google searches.“Many people knew they were Jewish and kept a strong Jewish identity. There were others who kept certain traditions thinking they were quirky family traditions and only now are realizing they come from Judaism,” he explained.According to data gathered by Reconectar over the course of nearly a decade, some 10 to 20 million of these descendants already self-identify as Jewish.When asked about the status of these descendants under Jewish law, Perry said there is a debate among rabbis about what process they would have to undergo, but it is a “halachic obligation to welcome them back as Jews.”“What we need to understand is that almost every Jew around the world today is a descendant of converted Jews,” he explained. “Almost every Jew throughout history has been forcibly converted and rabbis throughout history – including Rambam and Rashi - have had to deal with the issue.He added that because there have been few forcible conversions in recent history, the issue has “dropped off the map.”“We are trying to put it back on the map,” he said.Through Reconectar and the Knesset Caucus’s activities, Perry said there are hundreds of thousands of people who have already reconnected in some capacity to Judaism.The issue of Jews forced to abandon their faith is the subject of Steven Spielberg’s next film The Kidnapping Of Edgardo Mortara, set to be released in 2017. The movie, an adaptation of the 1997 book by Pulitzer Prize-winner David Kertzer, recounts a notorious kidnapping that took place in Bologna, Italy in 1858 in which a young Jewish boy was seized from his family by the Papal States; he was then raised Catholic under the protection of Pope Pius IX, under claims he had been given an emergency baptism when he fell ill as an infant.“This is going to be a generational project, it will be the challenge and the opportunity for the Jewish world in the 21st century, Perry said.“We’ve never had the opportunity to grow and thrive in such a way. Jewry has been shrinking and here we have millions of people who are knocking on our door who are part of our history and hopefully will be a part of our future.”