This season marks the first that Avdija has taken on the role of sports director with the task of putting together a quality squad that can compete at the highest levels of Israeli basketball.

Bnei Herzliya has been quite the success story this season.

From featuring in the Israel State Cup title game to being at the top of the standings in the domestic league, life couldn’t be any better for the club after battling against relegation last season while having been languishing in the Leumit League the year before.

Most of the credit for the team’s massive turnaround goes to Zufer Avdija, Herzliya’s sports director and general manager, who spoke to The Jerusalem Post about the club’s surprise ascension to the upper echelons of Israeli basketball this season after having almost been relegated less than a year ago.

Avdija, whose son Deni is playing with the Washington Wizards in the NBA, explained how he built the roster and discussed the expectations ahead.

“I was once a player who had these opportunities,” Avdija began. “Any time you can succeed in something, no matter what it may be, it’s exciting and an accomplishment. I don’t want to describe this as a ‘sensation’ and I will enjoy every single moment, but I was also privileged to have these chances in the past as both a player and a coach. So I want to take everything into proportion. Just enjoy it all in the moment and see what will be.” 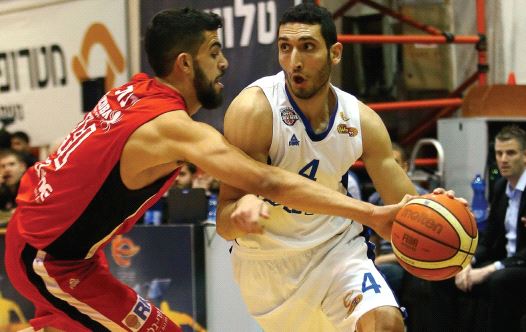 This season marks the first that Avdija has taken on the role of sports director with the task of putting together a quality squad that can compete at the highest levels of Israeli basketball.

“I came to Herzliya to help the club out and enjoy and if I didn’t enjoy what I was doing I wouldn’t stay one second more in the role. I have been coaching for 23 or 24 years now in the youth ranks and was an assistant coach with senior teams. I found the right place at the right time to come and help. I am really happy working with Chairman Eldad Akunis and our head coach, Oren Aharoni.”

Aharoni is in his first year with the club after a decade of being a part of the Maccabi Tel Aviv youth department. While he had been a head coach prior to that for senior teams, it had been quite a hiatus.

“He was a player when I was a player,” Avdija commented. “He coached my son Deni for four or five years and when Eldad brought his name up as an option, he went to the top of my list. I know him well and was not only coaching at the Maccabi Tel Aviv youth department, he is also doing the same for the youth Israel National Teams as well.

“We gave him a chance and just as he has succeeded, it could have gone the other way as well. But if you don’t take a chance, you can’t know what would be. I decided that Oren would be the Herzliya coach and I am happy that Eldad went along with the choice with the hope of him staying with us for many years to come.”

One of the unique characteristics about Herzliya this season is the fact that it features five foreigners, which is usually only something that the bigger teams like Maccabi Tel Aviv, Hapoel Jerusalem and Hapoel Holon do in order to have a higher quality squad to compete in Europe.

However, Avdija decided right off the bat that this was the way to go for his team despite his initial hesitation.

“First off, I really wanted to play with as few foreigners as possible, not because of the fines and financial implications. I wanted to make sure that we had the appropriate space for Israeli players. But due to injuries and coronavirus still being an issue, you just can never know how things will play out.

“If one player gets hurt or a couple contract COVID-19, you have to be prepared. I am not sure that if this was a regular season I would go with five imports. But I had to look at every little detail and hypothesize what may or may not be. We made the decision to go with five and it has been the correct move.”

Avdija also had to decide how best to construct his squad where he would be able to provide Aharoni with a number of quality options.

“Theoretically, if I relied on Scottie Wilbekin just like Maccabi Tel Aviv does, I don’t really know what type of club I would have. If he gets up in the morning and is not well or things aren’t going for him, I don’t want to have to pray to figure out who will replace him. Our team has no ego and I don’t see any one player who just wants to chase after baskets. We have a dominant big man in Chinanu Onukau, who also knows that he shouldn’t try to do things that he doesn’t know how to.

“Our players do what they are good at and you won’t see a player just trying to be the only one on the court. This has also been very effective for our Israeli players, like Shawn Dawson and Sandy Cohen, who know where to be and what to do. Teams that play against us don’t know who to defend because Chris Babb can do damage and if not him then Quinton Hooker can pick up the slack and if he can’t, then Onuaku can. We have a lot of tools that on any single night one of them can go off and be the star.”

Along with this season’s success to date, Avdija is looking at what he can do for Herzliya in the long term, but he is well aware that this is no easy task.

“That is the hardest thing that I have to deal with as I don't have someone like Roman Abramovich as an owner or someone from Dubai. We rely a lot on the mayor of the city. A coach shouldn’t be a problem to keep, but a center like Onuaku will certainly want to continue to develop and move to a EuroCup or Euroleague team, so I don’t see any way to keep such a player. If Babb plays well, his salary demands will increase so I would be happy if I could just make some small minor changes and keep this squad for a number of years.

“My head already hurts thinking of next season because I will need to build an entirely new squad. We will try to do the best we can if we can win the cup or get into the playoffs and Final Four. Perhaps we can find a big sponsor or the city provides more, but that is it. At the end of the day, I will try my best to keep what we have going. While there is also talk about a new arena, we will cross that bridge once we come to it. Right now, we are nowhere near that bridge.”

One of the things that makes Zufer Avdija stand out is his dress style – from hats, to shoes to tops and bottoms, he is truly a master at that craft as well. While his son Deni also has fine taste in clothes, they don’t match up outfits prior to their respective games.

“He has one style and I have another. I am 63 years old and he is 21. He can do what he wants and I can do what I want. I just try to do something a bit different and out of the box to have the heat on me and not the players. The foreign players like my dress and those types of things. Ultimately, this is a puzzle and I’m just one of the pieces.”