It makes you wonder how they’ll deal with the murder investigation, says Yarden Noy. 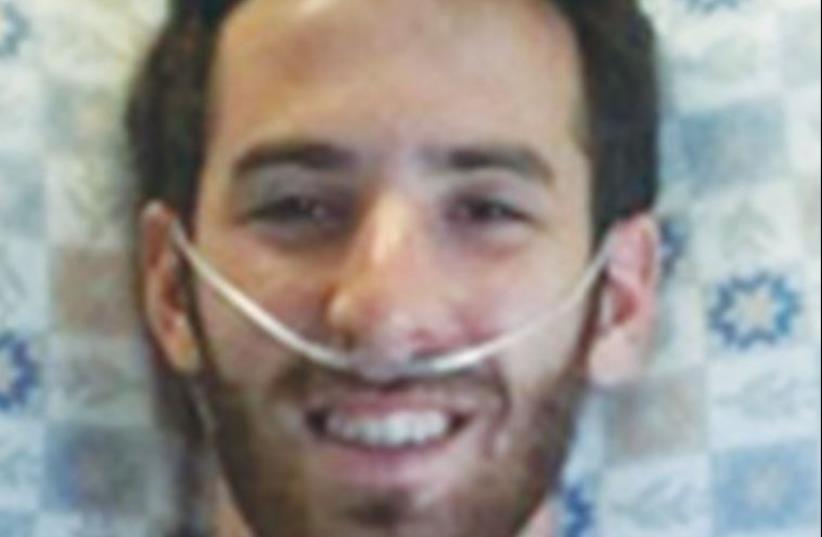 Yarden Noy
(photo credit: Courtesy)
Advertisement
A law school student stabbed at Jerusalem’s annual gay pride parade last month said on Tuesday that police were negligent in handling the case.Yarden Noy, 26, who is entering his final semester at the Hebrew University, was stabbed in the back by Yishai Schlissel. He sustained a puncture wound through his ribs and lung, which necessitated a five-day hospital stay at the capital’s Shaare Zedek Medical Center.Officers handling his case made numerous missteps, arousing fears that Schlissel will not be properly prosecuted, Noy said in a phone interview.“The way the police dealt with me and my family was negligent in ways that make you question the way they’re dealing with the investigation itself,” he said.An officer took his testimony on the night of the attack, but Noy said he was contacted by police three days later and told his statement was lost and needed to be taken once again.Moreover, five days after the July 30 stabbing, he said police came to the hospital to take a DNA sample and photograph his wound, despite the fact that he had told them that the bloodied shirt he was wearing during the stabbing was provided as evidence.“It’s kind of amateur behavior, and it makes you wonder how they’ll deal with the murder itself,” Noy said. “We hope they don’t handle the investigation the same way.”Noting that Schlissel was released from prison just three weeks before the attack after serving 10 years for a near identical crime at the parade in 2005, Noy said he has lost considerable faith in the police.“I hope they’ll do their job, because they didn’t prevent a murder that they should have prevented,” he said. “They obviously failed their job, and now their job is to make sure that this man goes to prison for the rest of his life, and I just hope they don’t fail at that.”For now, Noy, who is heterosexual and attended the parade out of solidarity with Jerusalem’s marginalized gay community, said he is hopeful the attack will spur a much-needed dialogue about tolerance in the capital.“What’s really concerning me is how to make something good out of this awful event, and I don’t even know if that’s possible,” he said. “As an individual I can replace the hate speech and create a more positive discussion.”Perhaps most important, he said that those who once would not broach the subject, and do not support gay rights, “now feel ready to talk about it.”“That is the key to making something good come out of this,” he said.