The 'Mad Men' of Drip Irrigation? 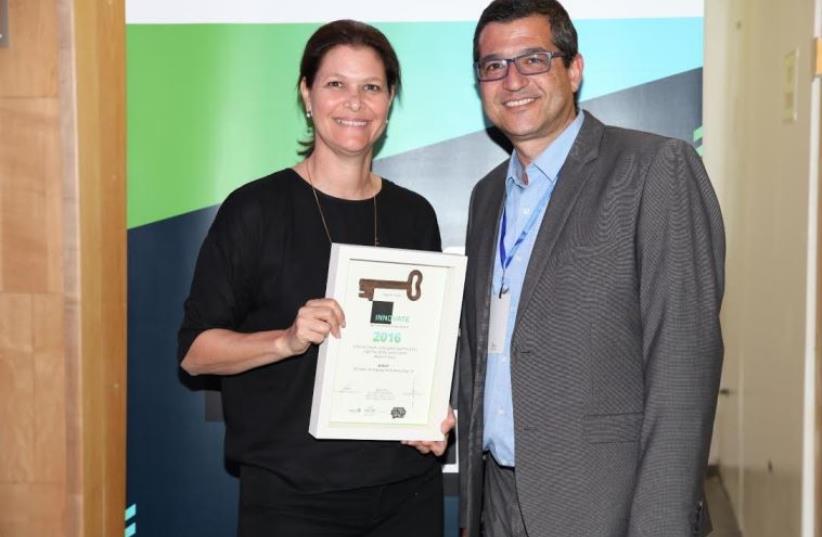 Netafim's Rachel Shaul accepts the prize from Ronen Ofer of the Israel Innovation in Marketing Forum
(photo credit: AYA YEKUTIEL HAKTIN)
Advertisement
One of the world's leading drip irrigation companies –and an Israeli one-- on Tuesday announced that it took home a prestigious marketing award for its global 50th anniversary campaign.At the Israel Innovation in Marketing Forum's ceremony last week in Rishon Lezion, Netafim won the 2016 Innovative Marketing Campaign Award in the Industry category for its 2015 global marketing campaign called “50 Years of Shaping the Future” that celebrated Netafim's 50th anniversary.Rachel Shaul, head of Netafim's Corporate Marketing and External Affairs, described the campaign, which told the story of the company and how it boosted agriculture in Israel and around the world.She said the campaign told the story of how Netafim, “founded on a kibbutz in Israel’s Negev desert now helps millions of farmers grow more yields with less resources.”Ronen Ofer, chairman of the Forum, lauded the company's use of “advanced marketing tools and varied channels” in the campaign.Among those on the Innovate 2016 selection panel included Cofix founder Avi Katz and Nirit Ben-Kish, marketing director for Pelephone.The 51-year-old company has 28 subsidiaries, 17 manufacturing plants and 4,300 employees worldwide. In May, it opened its latest production plant in northwestern China.