After 70 years, a shift in Jewish immigration ideology

When newly-minted Israel Prize winner Natan Sharansky became the head of the Jewish Agency nearly 10 years ago, the former refusenik did what he does best: shake things up.

Natan Sharansky
(photo credit: MARC ISRAEL SELLEM)
Advertisement
Instead of the proverbial existential question, “To be or not to be?” proposed by Shakespeare’s Hamlet, the central question for Jews around the world for much of Israel’s history was, “To make aliya or not?” But times have changed.Of course, there are still beleaguered places in the world where Jews are compelled to escape to Israel – Yemen and Ukraine are prime examples – but for the most part, the Jewish Agency must grapple with a new phenomenon: aliya of choice.“We are now living in a time where aliya of rescue is behind us. Today, the big picture is the thousands that come every year and embark on an aliya of free choice,” outgoing Jewish Agency head Natan Sharansky commented.This was one of the major shifts in ideology that Sharansky tackled head-on during his nine years at the helm of the iconic organization. In the process, he revamped many programs that were integral to the institution.The shlihim (emissaries) program is an obvious example. The typical emissary of yesteryear was an established, middle-aged educator who came from a remote kibbutz, culled from a relatively small pool of candidates. Today, they are typically in their late 20s, unattached and hail from all over the country and a variety of backgrounds.There are more than 2,000 of them around the world who serve for periods of several months to several years with the primary objective of fostering understanding between Diaspora Jews and the State of Israel. These emissaries require lower salaries and federations are requesting their arrival with much more frequency than they did in the past.Under Sharansky, the conversation was extended from aliya to include belonging – something that is sorely needed in the 21st-century Diaspora, where temptations of assimilation abound.“The biggest problem is in the US. It’s the largest Jewish community and has problems of assimilation because of their liberal open society, where Jews can do whatever they set their mind to. That also means it’s harder to keep your Jewishness. It’s a unique challenge,” he said. “We have to put at the center of our work the goal of strengthening the Jewish connection.”

As such, 90 of their emissaries are sent to US college campuses where the dialogue around Israel is exceptionally problematic.“[College campuses] are the hottest place to work in terms of combating delegitimization. We don’t want to convince our enemies that we are not as bad as [the Palestinians], we want to convince Jews there is nothing to be ashamed of,” he said.Sharansky, however, does not see himself as a visionary – just a leader who stumbled upon a need that was hiding in plain sight.“I did nothing new,” he said modestly. “There was a period of time when we thought the sun was circling around the earth and we had this very complicated formula. Then came Nicolaus Copernicus. He did not invent a new law, he just formulated a model that saw the earth circling around the sun and then everything became much clearer.”As for the Israel Prize, which Sharansky is set to receive on Independence Day, he believes it provides an opportunity to take a step back and assess not only what he has accomplished individually, but what Israel and the Jewish people represent as a whole.“Everybody that I meet talks to me about their parents’ struggle to get here. It takes us to the real meaning of our life here. We’re entering Passover soon, and we talk about this miracle of escape from slavery. But we saw it too in our lifetime. Hundreds of Jews were part of it,” he told The Jerusalem Post in a conversation that took place shortly before the holiday.“The Israel Prize is a document to remind you of that. You start thinking in much bigger terms. It makes you take a look at the bigger picture.“I’m proud of being a part of the gathering of exiles,” he said.However, as Sharansky prepares to step down, he leaves on a bittersweet note. There is, after all, no deal for egalitarian prayer at the Western Wall now that Prime Minister Benjamin Netanyahu has put talks on hold, and finding a solution to conversion issues plaguing many Jews is not in sight. 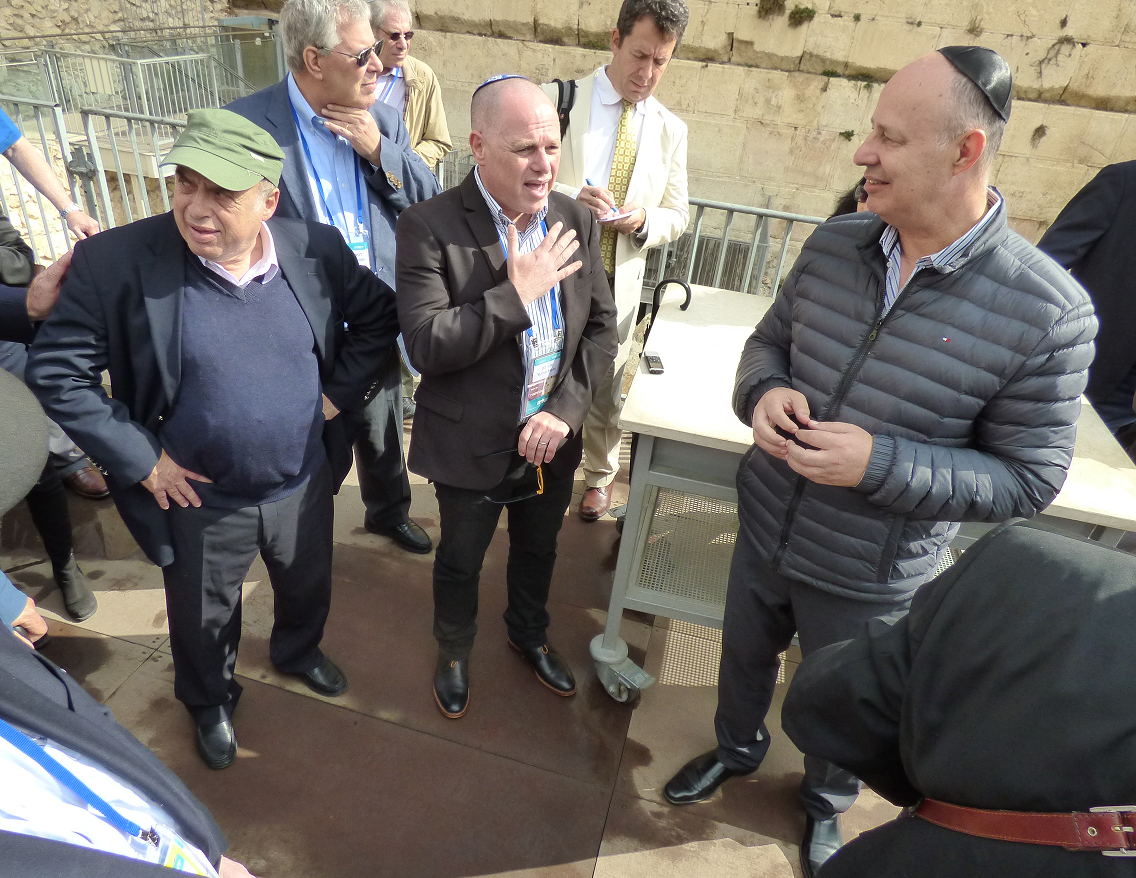 “In some ways we succeeded, in some ways we didn’t,” Sharansky said diplomatically.“I believe [the Kotel deal] is the easiest issue among all state and religion issues. There’s no halachic problem here. The prime minister himself asked me to find a solution. I think it was a unique process of dialogue, and a lot of trust was built on this. There was a big setback, but we’re trying to bring it back,” he said, believing that all hope is still not lost on that front, but this is to be addressed by his successor, who is yet to be named.“I hope whoever comes in will build on our successes. It’s quite a good platform we created,” he said.As for Sharansky himself, while he has no plan to walk into the sunset and retire completely – returning to teaching seems high on the priority list – he’s at peace with his time at the Jewish Agency and that this chapter in his life is closing.“We work with young people all the time, I tell leaders of the board, ‘You think you personally can convince young people? You and I were born before Facebook and personal computers. We’re dinosaurs!’” he joked.Meanwhile, the State of Israel eagerly looks forward to what Sharansky’s next chapter will bring.“I had a long tenure. I think two terms is enough. I’ve had nine years in prison, nine years in the government, nine years in the Jewish Agency,” he concluded.