A year working as a journalist in Israel and the Palestinian territories made Hunter Stuart rethink his positions on the conflict. 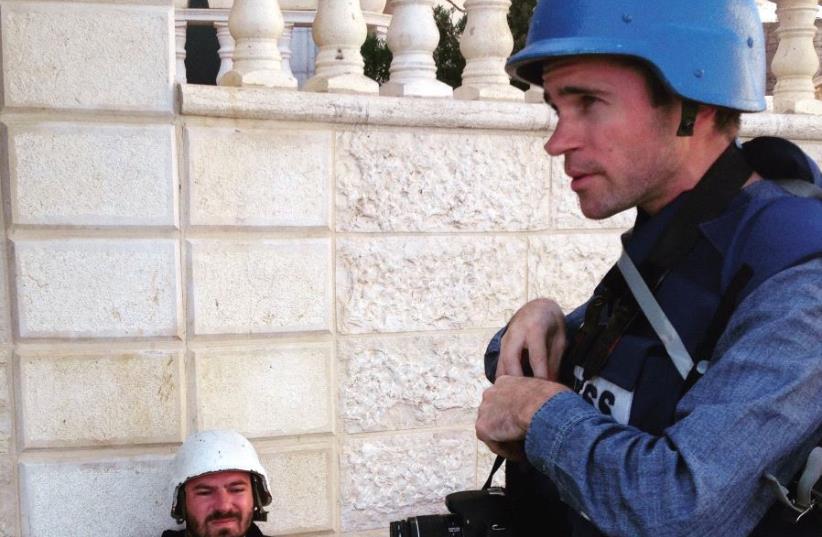 The author walks past Ofer Prison near Ramallah, during a Palestinian protest outside the facility in November 2015
(photo credit: COURTESY / JONATHAN BROWN)
Advertisement
IN THE summer of 2015, just three days after I moved to Israel for a year-and-a-half stint freelance reporting in the region, I wrote down my feelings about the Israeli-Palestinian conflict. A friend of mine in New York had mentioned that it would be interesting to see if living in Israel would change the way I felt. My friend probably suspected that things would look differently from the front-row seat, so to speak.Boy was he right.Before I moved to Jerusalem, I was very pro-Palestinian. Almost everyone I knew was. I grew up Protestant in a quaint, politically correct New England town; almost everyone around me was liberal. And being liberal in America comes with a pantheon of beliefs: You support pluralism, tolerance and diversity. You support gay rights, access to abortion and gun control.