Cancellation of public events due to haredi pressure spurs NGOs into action. 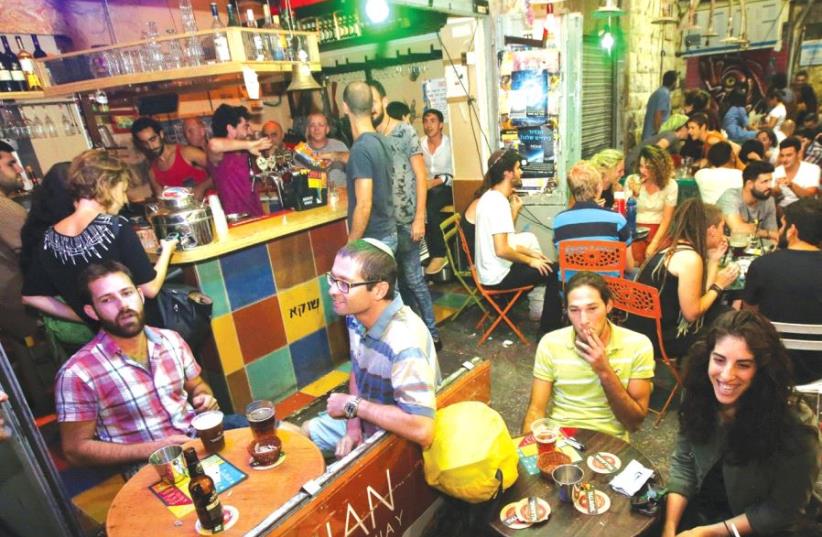 Mahaneh Yehuda by night
(photo credit: MARC ISRAEL SELLEM)
Advertisement
Following the decision of the Science, Technology and Space Ministry to cancel the 'World Space Week' events in Jerusalem, a group that identifies as ‘profoundly liberal’ decided to hold an alternative event,  without the government’s support. The Ayn Rand Center, the New Liberal Movement and the Mada Gadol, B’Ktana NGO announced that they will hold 11 different lectures and activities in bars, restaurants and open spaces all over the city.The event, originally planned to be held at the Mahane Yehuda market, was canceled after a letter was sent to Science, Technology and Space Minister Ofir Akunis by City Councilman Yohanan Weizman, from the ultra-Orthodox faction Agudat Yisrael. Weizman wrote in his missive that some of the planned venues in the market were non-kosher restaurants, adding that the bars and restaurants in the compound disturb the local residents, and that some of them operate with no proper business licensing.Weizman also alleged that some of the establishments in Mahaneh Yehuda lack the required business licenses, and so the government should not encourage activities in them.The Jerusalem Post has learned that the ministry’s event will be held after all, but in another venue in the city center.Boaz Arad, CEO of the New Liberal Movement, told the Post that his group's motive to hold the alternative events comes from the will to allow freedom from government intervention in the citizens’ life.“The local politics of Jerusalem is the perfect example of what’s wrong with government interference,” said Arad, talking about the ministry’s decision. Arad stressed that as he sees these kind of moves as not only hurting the public’s knowledge in the fields of science and space, but also harmful to citizens' ability to choose a certain lifestyle.“When something bothers someone, they prevent the rest from doing it. We think that is concept is wrong - the answer is holding private events, based on voluntary initiatives. Having these different lectures and activities is a solution to the problem,” he said.“We don't care if the restaurants are Kosher or not, when it comes to these lectures,” he added. “We do not condemn anyone - there is a variety of lectures, and one can choose wether he wants to go to a Kosher place, or simply not eat during the lecture.”