The questions raised by Rabbi Dr. Emgelberg in The Ethics of Numbers include: What is the Jewish view of asceticism, worldly pleasure and self-deprivation for religious purposes?

By ABIGAIL KLEIN LEICHMAN
PREPARING A donkey at a shelter providing free care for city donkeys and mules, in Fez, Morocco. The book analyzes ethical law relating to helping others when their animals have trouble hauling goods.
(photo credit: SHEREEN TALAAT/REUTERS)
Advertisement

These two titles round out Rabbi Dr. Engelberg’s series on ethical topics raised in each weekly portion of the Five Books of Moses.

As with the three previous books in his series, the author approaches the task in an organized and comprehensive fashion. He reviews dozens of classical and modern commentators’ opinions as well as source materials dating from the fifth to 20th centuries. He ends each chapter with a summary of his findings.

The questions raised in The Ethics of Numbers include, for example: What is the Jewish view of asceticism, worldly pleasure and self-deprivation for religious purposes?

Did Miriam deserve to be punished for speaking to her brother, Aaron, about the wife of their younger brother, Moses? Was the punishment of the spies too severe? Can religion tolerate vigilante justice?

To illustrate Engelberg’s approach, let’s look at one thread of a discussion in The Ethics of Deuteronomy. This thread concerns the distinction between Gentiles and Jews in relation to laws against animal cruelty outlined in the portion of Ki Teitzei. 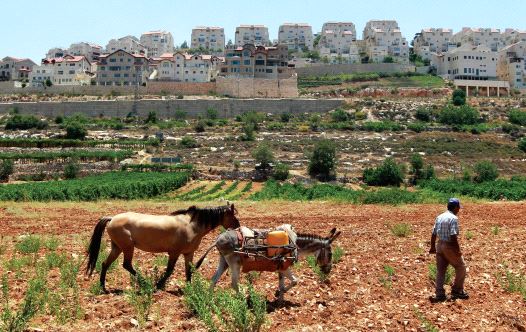 Man, horse and donkey walking outside of Efrat (credit: REUTERS)

Verse 22:4 states (in Engelberg’s translation), “You should not see [i.e., look on without offering to help] your brother’s donkey or his ox fallen [with its load] on the road, and ignore them. [Rather,] you must pick up [the load] with him.”

This rule seems complementary – with some key differences – to that found in Exodus 23:5, “If you see your enemy’s donkey lying under its burden, would you refrain from helping him? You should certainly help [unload it] together with him [the donkey’s owner].”

The practical application of these rules hinges, among other things, on whether the overriding principle of not causing tza’ar ba’alei haim (pain to living creatures) is mandated biblically or rabbinically. Engelberg devotes an entire appendix to various authorities’ positions on this question.

Why, Engelberg asks, “are Gentiles discriminated against? If it is important to be kind – and it most certainly is – should not that behavior be exhibited in one’s dealings with others independent of race, religion, or sex? Why is one exempt from unloading and reloading a Gentile’s donkey?”

Engelberg then suggests that “one can look upon the Jewish Nation as a kind of club whose members have made certain commitments upon joining,” one of which is to “help other members with their donkeys (cars),” whereas non-members “do not expect to receive these benefits, nor do they contribute their time and energy to provide them.”

Nevertheless, he concludes, members of “the club” must “highly respect non-members, especially those who exhibit admirable behavior.”

He then proceeds to a series of contemporary questions triggered by the donkey scenario, such as whether a driver is required to stop and help a motorist stranded on the side of the road. The answer may depend – at least theoretically – on whether the motivating factor is the mitzvah to love one’s neighbor as oneself or rather the mitzvah to help unload a burden (despite the inanimate nature of the “beast” of burden in this instance).

The chapter summary notes that “there are numerous opportunities to behave mercifully, or God forbid, cruelly, in dealing with animals, whether in a recreational (hunting) or scientific (medical experimentation) context. Furthermore, the command to interact with animals compassionately has been extended to inter-human activity as well. In this sense, there is a degree of reinforcing overlap between the various categories of laws described in this portion.”

Engelberg, a Jerusalem resident, graduated from the Telshe Yeshiva and received rabbinic ordination at Yeshiva University. He earned a doctorate in operations research from New York University. He was a professor at the Jerusalem College of Technology for 47 years and was the founding director of its women’s division, Machon Tal, until his retirement in 2012.

The Ethics of Numbers and The Ethics of Deuteronomy are welcome completions to Engleberg’s series. Each book provides thought-provoking material for readers interested in traditional Jewish ethics. 