Talking to Israelis who went to try their luck as citizens of the world, but eventually decided to come back.

An El Al Boeing 777 aircraft at Ben-Gurion International Airport
(photo credit: REUTERS)
Advertisement
A Taub Center report from October 2013 stated that “the brain drain from Israel to the US is incomparable to anywhere else in the Western World.” The Hebrew for “brain drain” translates into something like “brain flee,” referring to academics and leading professionals who decide to try their luck in developing their careers elsewhere.Indeed, Israelis emigrate – or as we say here yordim (descend), which has pejorative overtones – to other countries in great numbers. Over 250,000 Israelis live in New York, London and Los Angeles each, not to mention Berlin, which has turned into a vibrant Israeli hub.This trend receives careful attention from the Israeli media, reminding the public of how costly Tel Aviv is, and suggesting that the Israeli government invests less and less in its citizens.This might be true, but it’s a two-way street. Israelis not only leave in herds, they also return in flocks. Some of them come back with their tail between their legs after their dreams of making big bucks, becoming stars or just living comfortably are shattered. However, there are also many Israelis who did realize their dreams, modest or ambitious, and decided to come back home.Somewhat like the Israelites who shortly after the Exodus expressed longing for alleged prosperity in Egypt, Israelis, too, are obsessed with an imaginary place called hul in Hebrew, an abbreviation of hutz la’aretz (outside the land). Many Israelis think that in everything is better and more glamorous there.Sometimes they are right, but even those who “make it” still maintain a love-hate relationship with their homeland.The voices of those who go away to Berlin, London and New York are often heard loud and clear in the homeland; Haaretz, Ynet and even Israel Hayom give a platform to live online debates on where it is better to live. A key issue in this debate is the cost of living. At the same time, even though dairy products are cheaper in Berlin, the same number of Israelis who leave the country every year, come back. 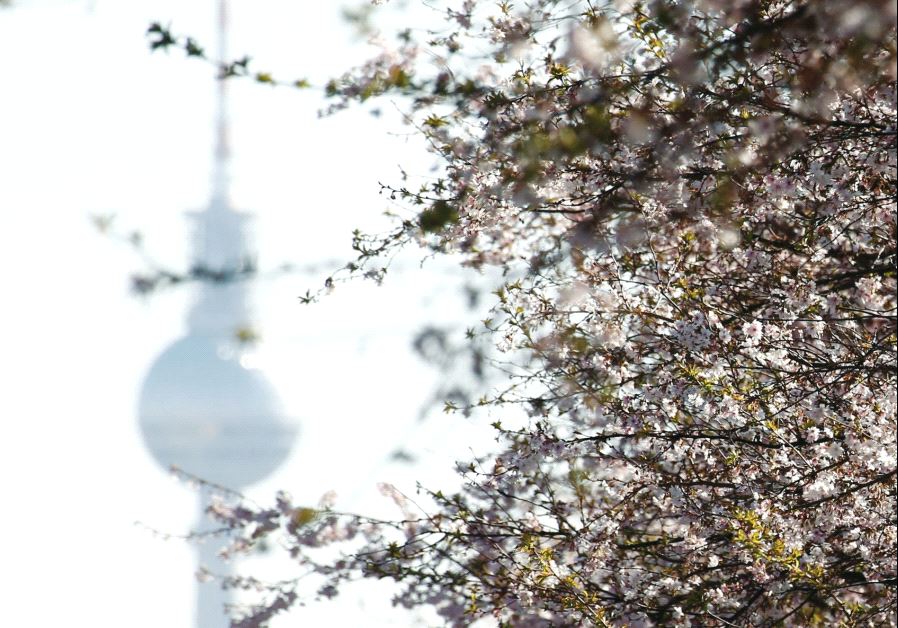 THE TELEVISION Tower is seen behind blooming cherry blossom trees in Berlin, last month. The city is home to a thriving Israeli community. (Fabrizio Bensch/Reuters)ELLA SABAN has been working at the Immigration and Absorption Ministry since 1999; since 2004 she has headed the office responsible for maintaining relationship with Israelis abroad and encouraging them to return. She supervises teams that work in North America, London, Moscow and Paris, and also runs “Israeli Homes.” Israeli Homes, she explained to The Jerusalem Post Magazine, “isn’t a physical entity, but an approachable virtual space for Israeli citizens abroad.” The site helps provide services for Israelis who are contemplating coming back, have questions or need assistance with formalities.A key responsibility of Saban’s teams is to keep touch with the Israeli community through various programs.“We try to tailor events for the population. For instance, in New York City, where there are many academics, we have a program named “Scientist on the Bar.” We bring a scientist to speak and invite all the scientists in the area.In Miami, on the other hand, I’ll bring someone who could explain how to build a business in Israel and work with the tax authorities.”Saban said that they work closely with second-generation Israelis – sons and daughters of Israelis who settled abroad.“We concluded that the second generation is the bridge. Every year we bring some 400 second-generation citizens to the army, mostly from North America, and by and large they end up staying and the parents eventually follow suit…” Saban thinks that there is a difference between Israelis who live abroad and Diaspora Jews. “Israelis assimilate more. Unlike Israelis, American Jews, for instance, have a lively community, JCCs and summer camps. When the kids are young it doesn’t matter that much, but when they start dating – then the parents freak out. That’s where my office can come in handy. “ Asked how many Israelis leave Israel, she says that they “don’t have the exact numbers.”“No one calls up the state to say goodbye,” she explains, “I’m assuming, and that’s a rough estimate, that a few thousand leave annually. By and large, they have more than a high school education; many of them are academics.We don’t check their backgrounds so we don’t know how many of them are Mizrahi, Ashkenazi, religious, Arab and so forth… There are many reasons for emigrating, she says.“Some go on a post-army trip and stay there. Some didn’t prepare and kind of just fell into it. Others relocate with their jobs, or go for post-doctorate studies.There are those who want to reunite with their family or the family of their loved ones, follow loved ones, their kids who left beforehand…” How many return? “In a regular year about 6,000 to 7,000 fly home; in a year that we do campaigns to encourage people to come back, we reach some 11,000 to 12,000. 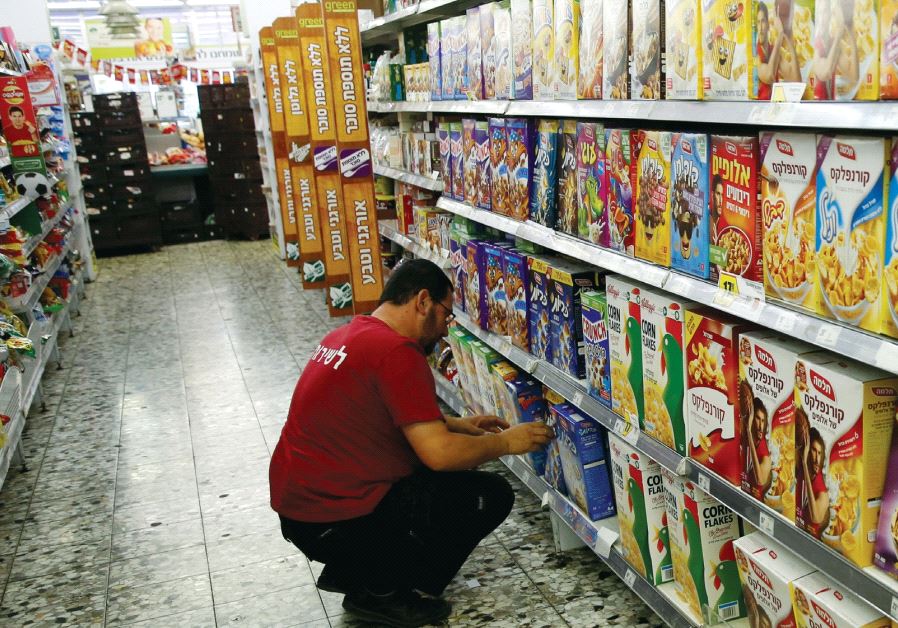 A KEY issue is the high cost of living. (Ronen Zvulun/Reuters)“They return for almost the same reason they leave,” she says. “We did research in 2010 and what we found out surprised us. The bottom line was that they are lonely. Israelis like their hevre – their group of friends. Abroad, they feel alone. It kills them. Many thought they would make a lot of money, and when they didn’t they came back.“Another reason is the kids – they want to raise them in a familiar environment, near their family and friends. Many of them “live in a movie” there. It’s not really their lives. They are play-acting.It’s fun for young people who are looking for excitement, but in the end of the day they miss home.Asked why she was surprised at the survey results, she explains that they were “surprised that they said they are lonely.“They say things along the lines of ‘I’m at the top of my career, I’m making a load of money, but I’m lonely… when I see photos of a family event on Facebook, it pains me.’ It’s hard for Israelis to adjust to American and European culture, politeness and habits. All in all, everything is fine. But then, when in the afternoon a mom wants to send her kid to play with another kid she needs to book a play-date with the other mom or dad months in advance – something that in Israel seems ludicrous.”And how old are they when they come back? “Most of those who return are in the working stage, 25 to 55, and of them more come back between the ages of 35 to 40. The ones making the decisions are the women…” The burlesque dancer
Hadas Gamzo-Kellner, 31, was born in Ramat Gan and raised in Yehud, where she currently lives. She is married to Ziv and is raising a 17-month-old child. However, just two years ago she belly-danced her way to London’s most prestigious stages.“Growing up, I knew I wanted to live abroad. I loved Europe, especially London, perhaps because the music scene there mesmerized me.”Gamzo-Kellner started learning belly dancing at the age of 17 and continued practicing throughout her early 20s while studying Education with the Arts, a creative education method for kindergarten teachers. Around that time she started flirting with a stranger on Facebook. That stranger, who goes by the name Ziv, was charming and funny so she went on a date with him, then on few more.In 2012, they went on a trip to Europe. Two things happened there that changed their lives. The first is that during a music festival in Paris, they decided to get married. The second, is that when in London, they decided to move there.It’s not that we didn’t want to be in Israel per se as much as we knew that we wanted to be London. We had a very good experience there the year before, and in the cab on our way back from the airport to Ramat Gan – it was on Jabotinsky Street, I vividly remember – everything seemed so gray and we were depressed. We just didn’t want to be home. My husband’s family has strong European roots and the passports that go with it. His older brother already lived abroad, in Hong Kong, with his wife, whom he met when she was the Austrian ambassador to Israel, so it wasn’t super odd for us to want to move out of here.” 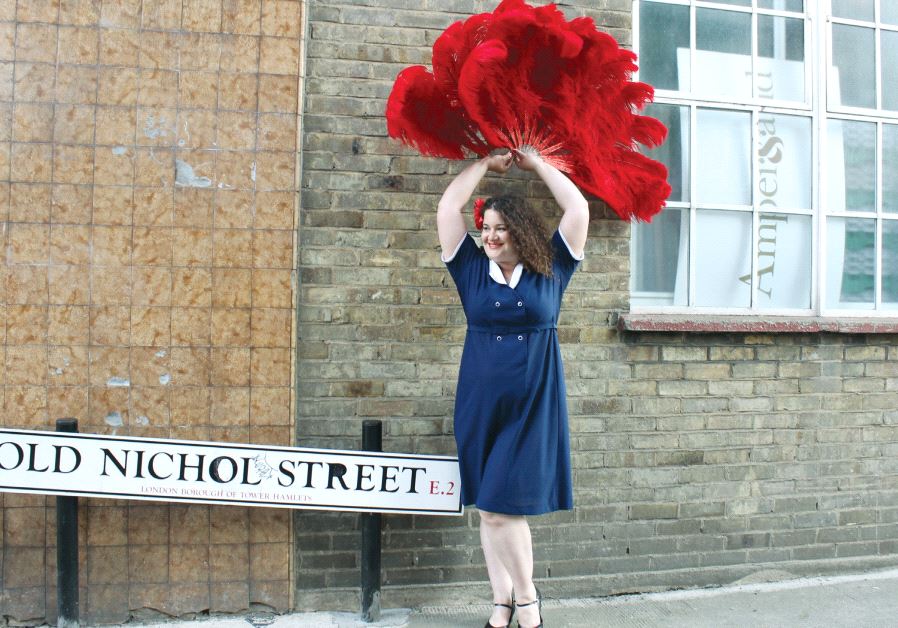