Parashat Re'eh: ‘You shall not harden your heart’

This week's Torah portion has a lot to do about charity. 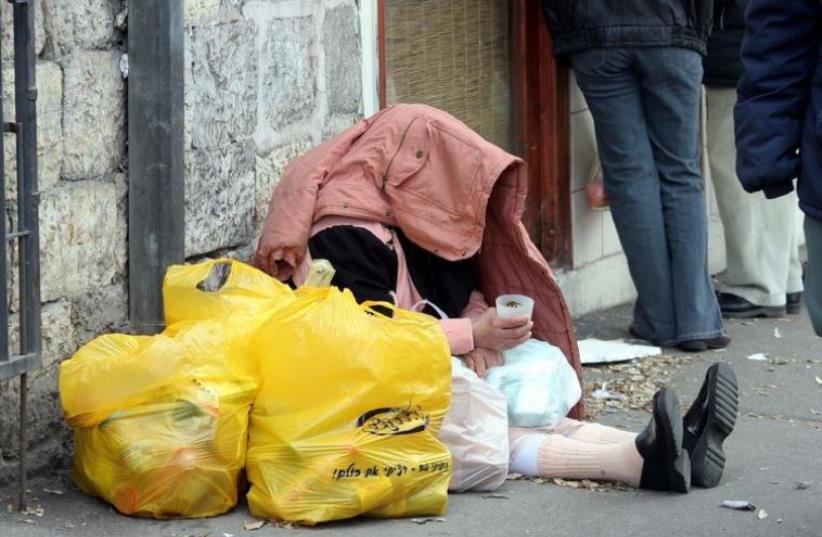 A homeless person begs for change in Israel
(photo credit: MARC ISRAEL SELLEM/THE JERUSALEM POST)
Advertisement
In this week’s Torah portion of Re’eh, we hear Moses talking about the commandment of tzedaka (charity). Looking closely at his words, we can gain a new understanding of this important mitzva, which our sages have said is equal to all the other commandments combined, and that charity brings redemption closer. The tremendous importance of the commandment of tzedaka is conveyed by the fact that for thousands of years there has never been a Jewish community around the world that did not have a charity fund so that Jews could help one another in times of need.Let us read the words as they are written in the parasha:“If there will be among you a needy person, from one of your brothers… you shall not harden your heart, and you shall not close your hand from your needy brother.“Rather, you shall open your hand to him… “You shall surely give him, and your heart shall not be grieved when you give to him; for because of this thing the Lord, your God, will bless you in all your work and in all your endeavors.“For there will never cease to be needy within the land.” (Deuteronomy 15:7-11) The commandment is written clearly, pointing out both the emotional trait the charity giver is meant to acquire – not to be grieved – and the practical implementation of the giving – opening the hand and giving to another.But if we pay attention, something was added to this commandment that is not an instruction but a pronouncement about the anticipated future. And it raises a complicated question. If indeed “there will never cease to be needy within the land,” meaning humanity will never successfully solve the poverty problem, and there will always be people in financial straits, what is the logic in making the effort to give charity when the actual problem is unsolvable? This pronouncement that poverty is a problem that will not be solved is hard to hear. But the parasha forces us to face reality and deal with it rather than dream of an alternative utopia. This pronouncement that accompanies the commandment to give charity underlines our question about the futility of fulfilling this commandment.If we look at the previous verses, we see that the commandment to give charity is not just about financial assistance to a person in distress. It also refers to the giver of the charity, the one not in financial distress.The direction “You shall surely give him, and your heart shall not be grieved when you give to him” deals with two separate aspects of giving. The first is the giving itself, and the second is the emotional state of the giver. A person who gives a penny to a poor person and feels that it’s a waste fulfills the first aspect of the commandment but not the second.We learn from here that though we cannot solve the problem of poverty and have the entire world live in financial security, the commandment to give charity has tremendous value for us because it stimulates empathy for others and makes us better people. Identification with someone else’s hardship, social solidarity and good-heartedness are traits we should aspire to attain. And these traits – besides being worthy in and of themselves – help others no less, and perhaps even more, than helping them monetarily.Our sages illustrated this when they said, “Better is the one who shows the white of his teeth (in a smile) to his friend, than the one who gives him milk to drink.” A smile is an act that does nothing to solve someone’s financial problem. But the smile is what gives him the strength to deal with his hardship. Why? Because a smile is an act of identification, of sympathy. A smile is what someone in distress needs most of all. The writer is the rabbi of the Western Wall and Holy Sites.