The American Jew who fought ISIS, and was then exiled from Israel

Robert Amos didn’t care whom he fought with, as long as he could combat Islamic State. 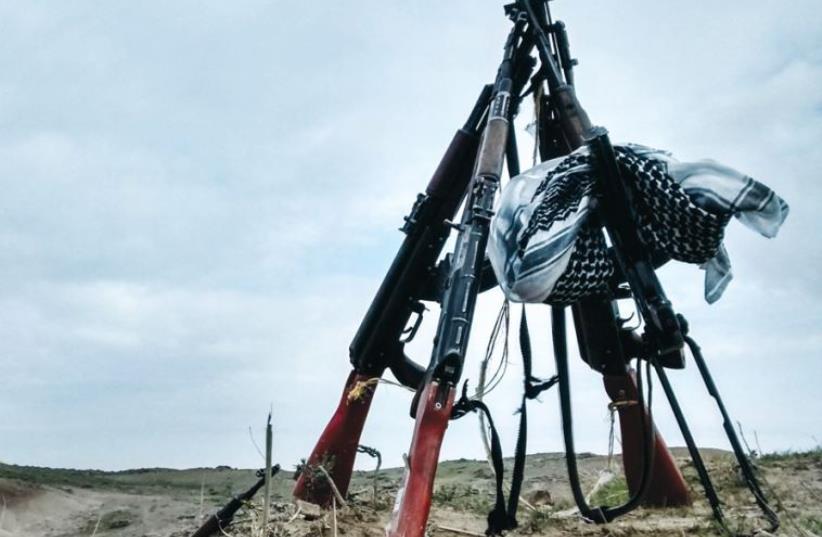 A sculpture made by the ‘Chai Boys,’ the foreign fighters volunteering with the Syrian Kurds. The photo was taken by ‘Ariel,’ an Iranian volunteer.
(photo credit: COURTESY ROBERT AMOS)
Advertisement
“Some of you will say to me: You signed the contract and you fought in a war because of your signature, no one held a gun to your head. This is true, but because I signed the contract and fulfilled my obligation (…), I am entitled to speak.” – Anthony Swofford, ‘Jarhead: A Marine’s Chronicle of the Gulf War and Other BattlesA potbellied Beduin with snorkeling goggles and no teeth wades out of the Red Sea. He’s holding a gutted parrotfish.“It got caught in my net and the smaller fish ate its belly,” he greets me – I’m not sure whether proudly or apologetically. I tell him what brings me here.“Ah, the American!” he beams, and pointing the limp fish south, he says, “He always goes for walks. I’ll go get him.”There’s not been much else for Robert Amos to do here since he was exiled from Israel and then from Jordan for joining the Syrian Kurds in their fight against Islamic State. We’re in a Beduin camp on the eastern coast of the Sinai Peninsula, a few kilometers north of the port city of Nuweiba. Across the sea are the blue mountains of Saudi Arabia.Amos is an American Jew from Charleston, West Virginia. He sleeps on a hammock under the stars, and every inch of his visible skin is covered in mosquito bites. He’s got small, intelligent eyes and a castaway beard the color of bread. His hands are white and thin. I spend three days and two nights with him. He talks like someone who has too many stories to tell and no one to tell them to. Apart from the Beduin who host him, a small clan of the Muzziena tribe, we’re alone for kilometers around. This is his story. 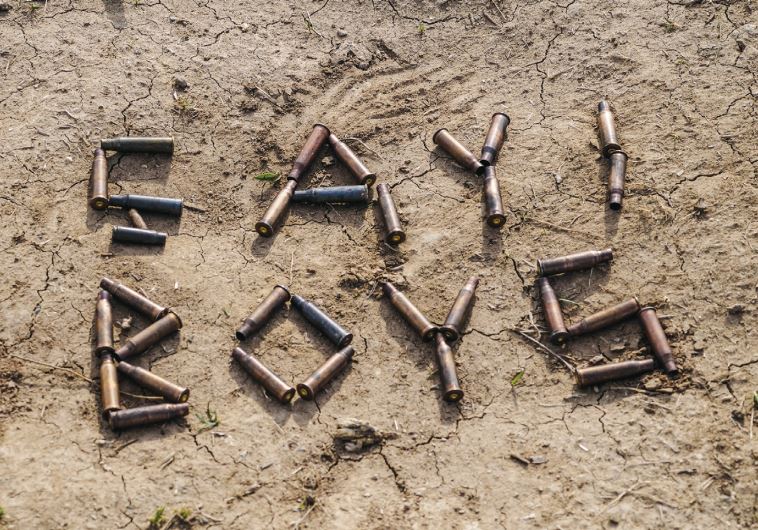