What's at the crux of Iraqi Kurdish interest in Israel?

How Golda Meir’s biography became a best-seller in Iraqi Kurdistan and why people there are so interested in Israel. 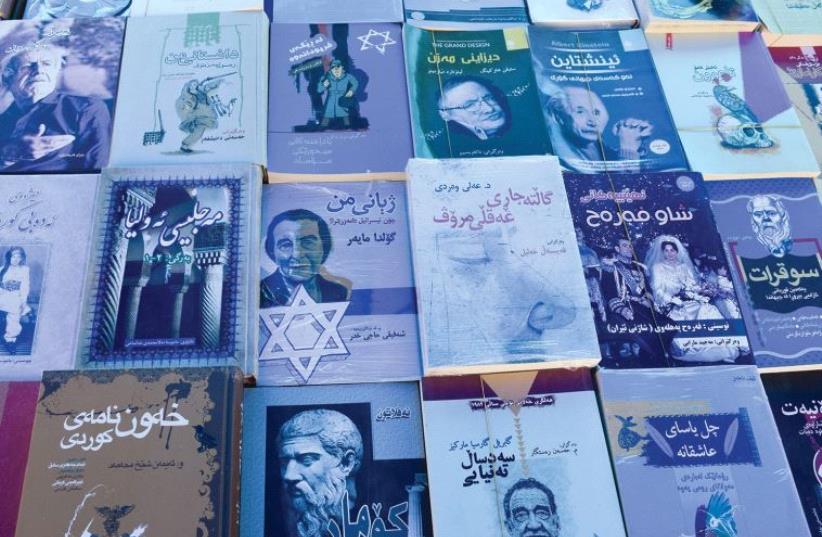 A book stand in Sulaymaniyah
(photo credit: NATAN ODENHEIMER)
Advertisement
In recent years, Iraq in general and Iraqi Kurdistan in particular have shown increasing interest in Jews and Jewish history and culture.While this pertains to a comparatively minor part of society there, it marks an interesting shift in the way the Jewish story is perceived in this part of the world.

However, if you really want to know what people think, walk into their bookstores.In a search last summer through a row of book stands five minutes from the main mosque in Sulaymaniyah, a few titles stood out in particular.Sulaymaniyah, in the eastern part of the region, near the border with Iran, is the second-largest city in Iraqi Kurdistan and offers some spectacular views of the many mountains that surround it. 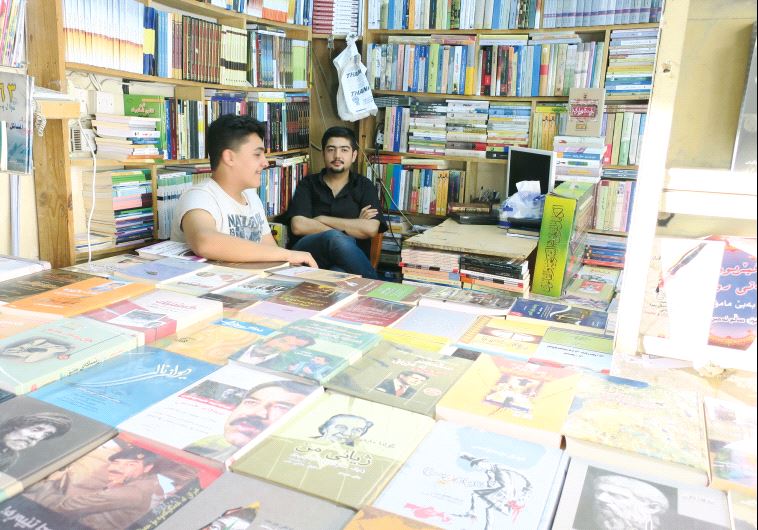 A book stand in Sulaymaniyah selling Golda Meir's biography (photo credit: NATAN ODENHEIMER)The book stands presented classic novels, such as One Hundred Years of Solitude translated into Kurdish, as well as contemporary thrillers and English-language textbooks. Yet there was also a remarkable number of books on Hitler, Saddam Hussein and Israel that appeared throughout the four pop-up shops.A bookseller in his early 20s tried to explain this phenomenon: “People still want to know about Saddam,” said the seller, “why he killed so many people. They are curious about Hitler for the same reason.Look, Kurds aren’t big readers.You’ve been standing here for over 15 minutes – how many books have you seen sold? One, a biography of Hitler.”In contrast, the memoir of former prime minister Golda Meir was offered in two separate editions and was a best-seller. There was also a striking number of books on the Mossad.What is the reason for this strange interest? Israel has been at the crux of Kurdish affairs, covertly and diplomatically, for over 60 years. According to several accounts, the Mossad helped the Kurds rebel against the central Iraqi government in the 1950s, and that was just the beginning.Throughout the 1960s Israel sent advisers and instructors through Iran – then friendly to the Jewish state – to train and consult the Kurds.The cooperation between the two nations matured into a series of meetings between Israeli and Kurdish officials that peaked with the leader of the Kurdish Democratic Party Mustafa Barzani’s visits to Israel, first in 1968 then again in 1973.Barzani successfully convinced the Israeli government to support the Kurdish cause not only in military aspects but diplomatically as well.Henry Kissinger recalled in his memoir that when he served as secretary of state between 1973 and 1977, Israel appealed “for additional support for the Kurds” and that Golda Meir actively campaigned for Barzani, trying to persuade Kissinger to support Barzani’s party in taking over Iraqi Kurdistan.Since then, every now and then reports surface about Israeli special ops training Kurdish forces and Mossad agents using the northern mountainous area to launch operations in Iraq, Iran, Syria and Turkey.Shafiq Kheder is the translator behind three books on Israel: one on the Mossad by Gordon Thomas, a biography of David Ben-Gurion by Robert St. John, and Meir’s memoir. He says that his books were the first source of information on Israeli and Jewish history in Kurdish that were not translated from Farsi, Arabic or Turkish. All three are best-sellers in Kurdish terms. 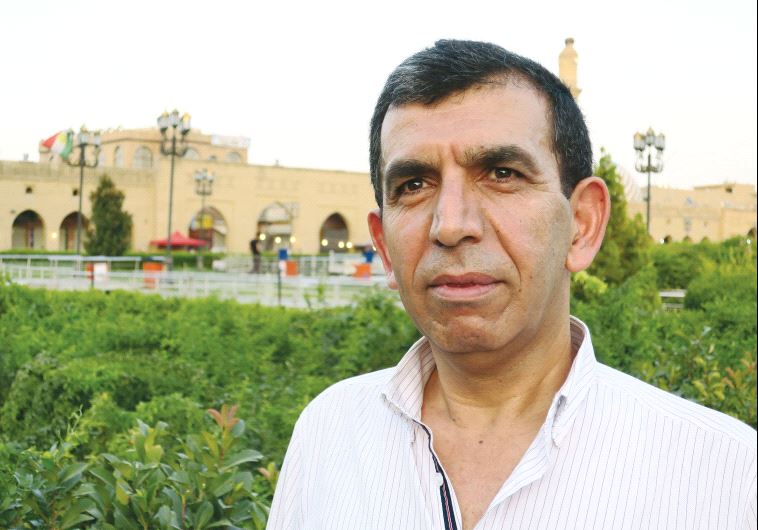 Shafiq Kheder, who translated three books on Israel and Israeli figures, says he never believed the malicious stories he heard about the Jews (photo credit: NATAN ODENHEIMER)Israeli expert on Iraqi Kurdistan-Israel relations Prof. Ofra Bengio of Tel Aviv University and the Moshe Dayan Center told the Magazine that the Kurds are deeply interested in Israel, and that her own book The Kurds of Iraq was translated into Kurdish.“Both countries’ legitimacy is contested by its neighbors, which the Kurds understand as a mutual fate, a shared history,” said Bengio. “There is also an actual shared history. Jews lived on relatively good terms in Kurdistan, and Israel’s ties with the Kurds trace back to the 1960s and earlier. The Kurds see the Israeli nation-building project as a model and consider Zionist leaders inspirational.”She added that the Kurds look at Israeli leaders as models to follow, and that is why they translate books about Meir and Menachem Begin.The cultural exchange, however, is not an equal one, according to Bengio, and the Israelis do not seem as interested in Kurdish culture as the Kurds seem to be in the Jewish and Israeli side.IN AN interview with the Magazine that took place at a downtown Erbil café Kheder explained his personal history with the Jewish people: “Saddam’s regime villainized the Jews. We were taught that all Jews are Zionists who conspire against the Arabs. In fifth and sixth grades we had to read Shakespeare’s The Merchant of Venice and Charles Dickens’s Oliver Twist. Both books are not their creators’ masterpieces – Macbeth and Great Expectations are much greater literary achievements. But The Merchant of Venice and Oliver Twist depict Jews as deceiving, greedy and less human, which is why they were on the reading list.”At the time, did you believe the malicious description of Jews? Never.Why? “A few reasons. First, if the Jews and Israelis are the enemies of Saddam, then they are my friends. Second, my grandfather told me that in the village where he lived and I was born, there were many Jews who emigrated to Israel. He told me they were good people. Last, Israel aided the Kurds in the 1975 revolt, and we have a good memory.”Kheder was born 48 years ago in a small village some 40 kilometers north of Erbil, the capital of Iraqi Kurdistan. In the late 1980s he studied law in Baghdad, then returned to Kurdistan. In 1997 he fled the civil war, first to Iran, afterward to Holland. When his Dutch became good enough, he picked up a book on the Mossad and quickly devoured many more that had to do with Israel.Why Israel? “The tragedies that befell the Kurds in Al-Anfal [where the Iraqi regime used chemical weapons against civilians in 1988] and the ongoing calamities in Syria are the same thing that happened to the Jews in Europe. “The Jewish leaders made miracles, creating a democratic country among the Arabs. In Baghdad I was taught that Israel was created by the Americans and the British. Reading the biographies of Ben-Gurion and Dayan, I discovered that the Jews built the country. There is much for us to learn from their example.”Kheder says that his translations have “transformed the way in which the Kurdish elite and decision-makers view Israel.” He exemplifies this statement by mentioning that the advisers to Iraqi Kurdistan Prime Minister Nechervan Barzani took notes from his translation of Meir’s autobiography to educate statesmen on the topic, and that the leader of the left-leaning Gorran Movement personally told him that his project is inspiring and encouraged him to continue translating books on Israel.Kheder has recently completed the translation of Begin’s memoir The Revolt.He attests that of all the books, this one was the hardest to translate. “In some parts the book becomes dense, theoretical and philosophical. Yet this is an important book for us. I wanted to publish it for Ramadan, but the financial crisis in the country hit the book market hard. I’m now trying to find funding for this project.”What do you think about Israeli leadership today? Hmm.... I dislike [Prime Minister Benjamin] Netanyahu’s way of closing himself to other countries in the region, and that he isn’t careful with dehumanizing Palestinians. By and large, I find much more inspiration in the visions of the socialist leaders of the country, like Ben-Gurion, Meir and even [Shimon] Peres, although Begin is also very interesting and important.”RELATIONS BETWEEN the Kurdistan Regional Government and Israel aren’t as secretive as in the past, but they are still very sensitive. In April 2015, the Kurdish Ministry of Endowment and Religious Affairs appointed a director of Jewish affairs, Sherezed Omar Mamsani, who is officially responsible for “preserving the rights” of the few Jewish families living in Kurdistan. As part of his job, he visited Israel and the US to meet politicians, businessmen and Jewish leaders. 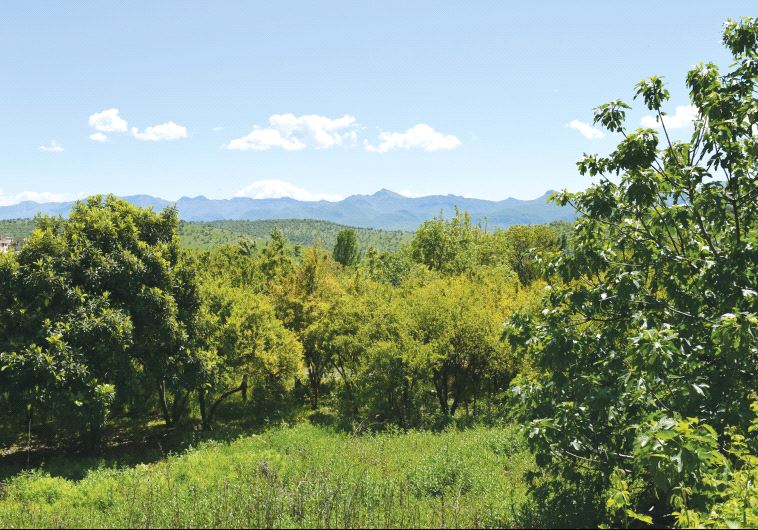 The Barzan region, north of Erbil (photo credit: NATAN ODENHEIMER)It is unclear how many Jews live in Kurdistan. Some claim there are about 700 families, others doubt that there are half that many. It would be a nearly impossible task to map the Jewish population there, since the few who stayed in Iraq after the great exodus in the 1950s had to hide their identity during Saddam’s years.Shayda Abdullah, a Kurdish Jewish housewife from Erbil, said that her family changed their papers twice to hide their Jewish heritage. At first they buried their original documents under the kitchen floor tiles, but when rumors spread that Saddam’s men raided homes looking for such evidence, they burned anything linking them to Judaism.When she was growing up, her family was known as Muslim in the village, and her grandfather was even respected as having spiritual powers.“When people asked him for blessings, he would recite verses from the Torah and tell them they were Koranic,” she said, smiling.Many Kurds remember the lost Jewish community with nostalgia and sadness.Sayed Hussein, an elderly member of the Barzani clan who retired to life in his ancestral remote village, can still point to the unclaimed ruins of Jewish sites in his village, even though most Barzan Jews relocated by the late 1920s.Dressed in Kurdish tribal attire and with a red keffiyeh wrapped around a white Barzani skullcap, Hussein showed me the ruins of a synagogue and a grass-covered ground devoid of any indication it was once a Jewish cemetery. The only structure that remains is a mikve (ritual bath) that has running water but is too shallow to bathe in.“After my family was expelled, first to Iran, then to southern Iraq,” he said, “we were neighbors with a Jewish family in Basra. I think they now live in Israel.”He paused, letting the memories sink in, then added, “I loved them a great deal.”At his request, I took note of their names: Sabah, Edmond and Samir. Sabah was executed for allegedly bombing a government building back when they lived there, but maybe some family members are still alive.“They had a young daughter, too, very beautiful,” Hussein blushed, then quickly explained before I could jump to conclusions. “I only liked her from afar. I never spoke to her.”Then he added, “If you could find them for me, well, it will make me very happy.”