Three Young Judea alumni discuss their past and present.

By TAMARA ZIEVE
JULY 18, 2013 13:34
YOSEF ABRAMOWITZ at Agahozo-Shalom Youth Village in Rwanda 3
(photo credit: courtesy)
Advertisement
What do a peace activist, an environmental mastermind and a humanitarian do-gooder have in common? Values, determination, hard work and goodwill? Yes, yes and yes. But it also transpires that they all began their journeys as members of the United States’ oldest and largest Zionist youth movement – Young Judaea.Gershon Baskin, a columnist for The Jerusalem Post , “Green Pioneer” Yosef Abramowitz, and founder of a Rwandan youth village for refugees Anne Heyman all have inspiring stories to share, laced with defining moments that they trace back to their Jewish and Zionist upbringings.Baskin, the founding co-chairman of the Israel Palestine Center for Research and Information, joined Young Judaea for the same reason as most teenage boys – to meet Jewish girls. He had moved from a very Jewish neighborhood, Belmore, to a very non-Jewish neighborhood in Long Island, New York, and when someone approached him about forming a chapter of Young Judaea in their town, Smithtown, he jumped on board. Baskin quickly became absorbed in the movement and worked his way through the ranks, elected to the regional mazkirut (movement governance body) and then serving as the junior program coordinator, before going to Tel Yehuda, Young Judaea’s national teen leadership camp.“And then I was in,” he tells me over Skype. “Young Judaea became the most important thing in my life.” Baskin went on to become the mazkir (secretary) of the Long Island region. Like many movement members, Baskin came on “year course” to Israel in 1974, at the age of 18, and spent half the year on Kibbutz Ein Harod Ihud and half the year studying at Beit Riklis in Jerusalem.“When I look back, everything important in life I learned in Young Judaea,” he tells me. “What we focused on 30 years ago, is what today we call tikkun olam (repairing the world).“We were taught, and we taught others who came after us, that moving to Israel is not just a change of address, it is a change of mahut [essence]... and making aliya ... is to have an impact on the Jewish people and the State of Israel. And that has been a guiding principle in everything that I have done in my life,” he says. The same applies to the rest of his group who made aliya, he adds: “It was about having an impact on the Jewish people and the State of Israel,” which is Baskin’s definition of Zionism in its best form.Baskin remembers one particularly eye-opening moment, when he was working in the kitchen at Young Judaea camp. He recalls a map of Israel that hung on his wall, on which he had marked with little pins all the places he had visited. One day, he came back to his room and someone had drawn the Green Line onto the map. While Baskin was wondering how he would have traveled between his kibbutz and Jerusalem had there been a Palestinian state, he suddenly realized that he hadn’t had one serious conversation with anyone on the other side of the Israeli-Palestinian conflict during his year in Israel.“That was an enlightening moment,” the dovish Baskin affirms, explaining that it drew his attention to a huge gap in his Young Judaea education. Baskin then began devouring books on the Arab world and Palestinians, and in 1975 he wrote his first op-ed article in a Jewish newspaper calling for the two-state solution – a topic which, 38 years later, persistently returns, week after week, in his “Encountering Peace” column in the Post .After so many years of working tirelessly toward the same dream, with little change on the ground, one could forgive this peace activist for throwing in the towel. But Baskin never loses hope. Quoting late British prime minister Winston Churchill, who famously said, “We can always count on the Americans to do the right thing after they have exhausted all the other possibilities,” Baskin applies the same theory to the Israelis.Eventually, Israel will make peace with its neighbors, he assures me, opining that it will happen much sooner than people think.And this will bring out the real fulfillment of the Zionist enterprise, which Baskin says has been sidetracked and jeopardized by the settlement enterprise.“The biggest threat to peace is the settlement enterprise,” which in turn is the biggest threat to Israel as a Jewish and democratic state, he asserts ominously.Baskin acknowledges, however, that “it takes two to tango” and that the Palestinians must also be willing to make concessions, which he believes they will be willing to do when they see that Israel is prepared to make its own concessions. “Israel is not ready yet, but I think we’re getting there, and I can’t think of anyone better to do it than Bibi [Prime Minister Binyamin Netanyahu].”This statement may come as a surprise spoken by a leftist, but he churns out the old Israeli saying, “You need the Left to make war and the Right to make peace.”“When he [Netanyahu] makes a decision, he carries 70 percent of Israelis with him...the same way he did with the Schalit deal,” Baskin points out, highlighting that he had done so despite his previously firm policy against negotiating with terrorists.Baskin, who created a secret channel for dialogue with Hamas for Gilad Schalit’s release, recently released a book called Freeing Gilad: The Secret Back Channel . He hopes to convey several messages through his account of his part in the affair: that there is always someone to talk to on the other side, even our worst enemies; that individual citizens in the State of Israel have the ability to influence history and what decision- makers decide to do; and that stubbornness pays off – “never accept no for an answer.” 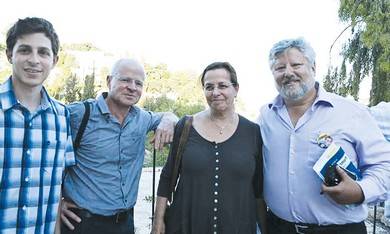 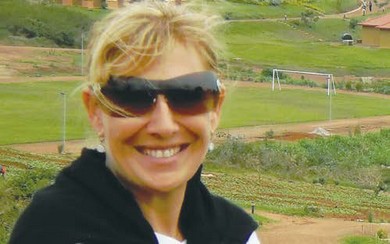 Yemin Orde Youth Village was founded in 1953 to provide a safe haven for Holocaust orphans. As Heyman was researching a number of youth villages, someone introduced her to Chaim Peri, then director of Yemin Orde. After visiting and learning about the village, she met with various people to discuss the idea of bringing the notion of Yemin Orde to Africa. In 2006 she traveled to Rwanda to see if they were interested in the model and if it was something that could work culturally.She said one of the biggest challenges she faced in setting up the village was bringing in a completely foreign concept, and using it to create the local capacity to change the model as needed and implement it.“It’s a philosophy and methodology that must be adopted and adapted for Rwanda,” she explains. Today, the village is run by Rwandans.In the summer of 2006, Heyman took a group of Ethiopian graduates from Yemin Orde to Rwanda to meet with various constituencies and to speak about their experiences. “I always thought Israel had a tremendous resource in its Ethiopian community, in being able to send them back to Africa as ambassadors – and I think this is underutilized,” she says.She says the interaction between the two groups was amazing, and that the encounter gave the Ethiopians a chance to tell their personal stories for the first time, and for the Rwandans to hear that there was a solution to a seemingly insurmountable problem.One of the functions of the village is giving the teens positive outlets for their energy, by developing their skill sets in technology, agriculture and hospitality – all areas of employment growth in Rwanda.At the Agahozo-Shalom Village, the youth also learn about tikkun olam as part of their education, and they are further required to put this philosophy into action. “They come out [of the youth village] giving back to their community,” Heyman adds.Of the 118 youth who graduated from the village this year, 117 passed the national exam.Four received full scholarships to universities in Canada and another dozen were accepted to various college preparation programs in Rwanda.But those who go abroad are all really committed to coming back and giving back to Rwanda, Heyman affirms.Agahozo-Shalom cooperates with Jewish youth organizations such as Young Judaea and Hillel, which send youngsters to the village to learn about genocide, poverty and orphans. “They learn that 90% of the world lives like these citizens in Africa, and not like they live in the US, and are given the opportunity to learn what their tradition teaches about their obligations and to explore their personal feelings regarding what, if anything, they should be doing about this,” Heyman tells me.Young Judaeans take on various projects during their month-long stay including farm work and teaching English, as well as being adopted by a family in the village during that time. The village also works with Hillel on campuses in several universities, who send students for 10-day “learningships” in Agohozo-Shalom.“Caring about others, the Jewish people and the State of Israel, is an imperative,” Heyman says, imparting a few words of wisdom to the new generation of Young Judaeans. “Zionism is not to separate us from the rest of the world, but to be part of the nations of the world, and we have a social obligation to help other people.”Meanwhile, Abramowitz urges the youth of today to “take chances with your values, engage beyond your comfort zone and you will find great fulfillment; especially if you stay in touch with your fellow Young Judaeans, who one day may... win the Nobel Peace Prize for setting up orphan youth villages through Africa,” he says in a nod to Heyman, “... or for bringing peace to the Middle East,” he adds, in an apparent reference to Baskin. Abramowitz modestly does not mention that he himself has been nominated three times for the prestigious award.For his part, Baskin reiterates the lesson he learned as a young Judaean: “Israel is our home and coming here, making aliya, is a change of the essence of your life – and when you make that decision, it’s a life decision.”“And it’s fun,” he smiles.
Advertisement
Subscribe for our daily newsletter