Marking 70 years since the King David Hotel bombing that struck the heart of the British Mandatory government. 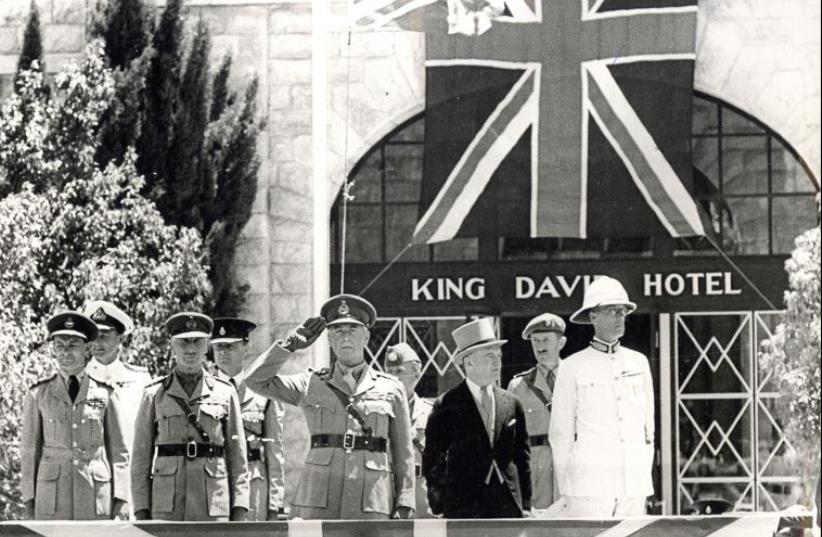 Pre-bombing: The British High Commissioner salutes outside the King David Hotel around 1945
(photo credit: FRED CSASZNIK)
Advertisement
Today is the 70th anniversary of the bombing of Jerusalem’s King David Hotel, the nerve center of the British Mandatory administration, by members of the Irgun Zva’i Leumi, the right-wing paramilitary underground movement headed by Menachem Begin.The capital’s veteran luxury hotel opened to the public in 1931, built on land acquired in 1929 by a group of affluent Cairo Jews. Today the flagship hotel in the Dan chain controlled by the Federmann family since 1958, it was the second hotel purchased by German immigrants and staunch Zionist brothers Yekutiel and Samuel Federmann – whose sons, Mickey and Ami, today stand at the top of the chain’s managerial totem pole.