As described by the research team, the markings and symbols found at the site have Coptic connotations. 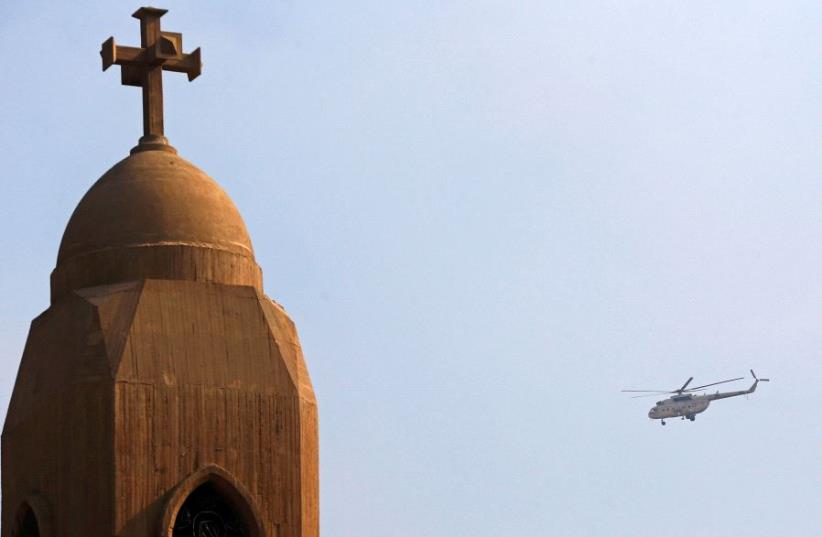 A Coptic church in Egypt [Illustrative]
(photo credit: REUTERS)
Advertisement
A team of archaeologists from Norway and France have found the living quarters of early Christian monks as well as churches in Egypt, shedding light into their lives, as announced by the Egyptian Ministry of Tourism and Antiquities and reported by LiveScience on Wednesday.
The ancient religious structures were described as being associated with Egypt's Coptic Church, and date back to the seventh century CE. The structures were made from mud brick, basalt stone and carved bedrock in the Bahariya Oasis region of Egypt, some 370 kilometers southwest of Cairo.
As described by the research team, the markings and symbols found have Coptic connotations.
The team has also made other discoveries in the recent past, such as in 2020, when archaeologists found 19 rock-carved chambers, along with another church that had similar markings and symbols as the most recent discovery.
The symbols of the latest find were described as "Writings in yellow ink that include religious writings from the Bible in Greek, reflecting the nature of the monastic life in the region," said Victor Ghica, head of the mission and a professor of antiquity and early Christian studies at the MF Norwegian School of Theology, Religion and Society.
The structure found in 2020 had a dining hall and residential rooms for the monks, in addition to ostraca, which are pieces of pottery with Greek messages, dating approximately to the fifth and sixth centuries CE.
In light of the most recent discovery, the Egyptian Tourism Ministry said that the finding helps shed light on  "the first monastic congregations in Egypt in this region."