MEPPA has a $250 million five-year program to build "people-to-people" relations through economic partnerships. 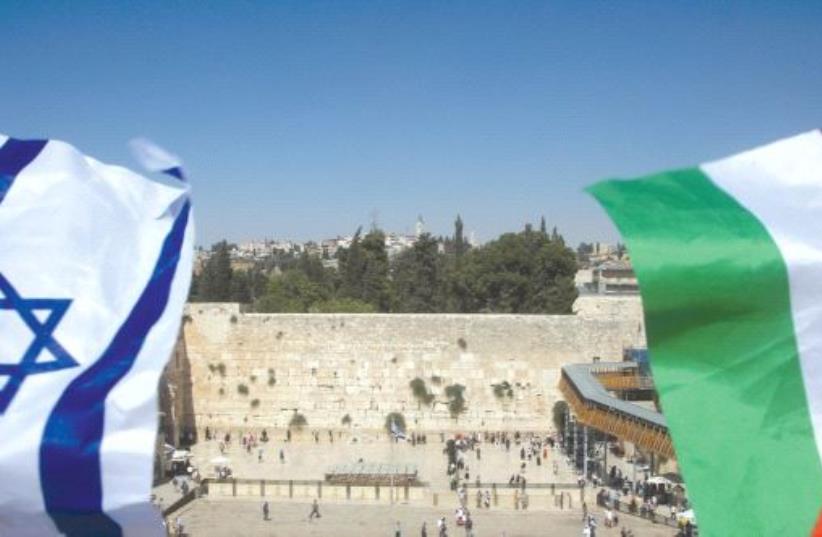 Israeli and Palestinian flags are seen waving in front of the Kotel
(photo credit: REUTERS)
Advertisement

A United States grant of $5.5 million for two Israeli-Palestinian business partnerships for female entrepreneurs was awarded Tuesday under the Middle East Partnership for Peace Act (MEPPA).

USAID Deputy Administrator Isobel Coleman, who visited Jerusalem to announce the grant, told journalists that the fund “signals the US government’s commitment to a sustainable and peaceful two-state solution.”

In the first year the funds will come through the Partnership for Peace Fund, she explained.

The first four-year grant of $3.3m. will be used to train businesswomen and provide them with seed money and mentorship. Another three-year grant of $2.2m. will support Israeli and Palestinian trade associations with an eye to increasing trade between Palestinian areas of the West Bank and Israel. Additional grants will be announced in the coming weeks.

The fund was established in 2020, at a time when the Trump administration had cut off all funding to the Palestinians.

There were three years when such funding was not possible, Coleman said, adding that the US was now rebuilding that kind of programming.

Coleman was vague on the details with regard to the grant’s recipients, noting that participants did not want their identities to be known.

These grants are not a “silver bullet” that will bring peace, but rather an investment in the long road toward that goal, she said.

“It’s not going to solve the larger problems, but we do hope that it will contribute to a resolution,” Coleman said.

These “partnerships for peace will encourage relationships to build” and promote greater understanding between Palestinians and Israelis, she said.

“Peace is not a destination, it’s a journey,” she added. “This will be part of that journey.”