A provocative article by Mona Eltahawy was censored by a Pakistani newspaper. 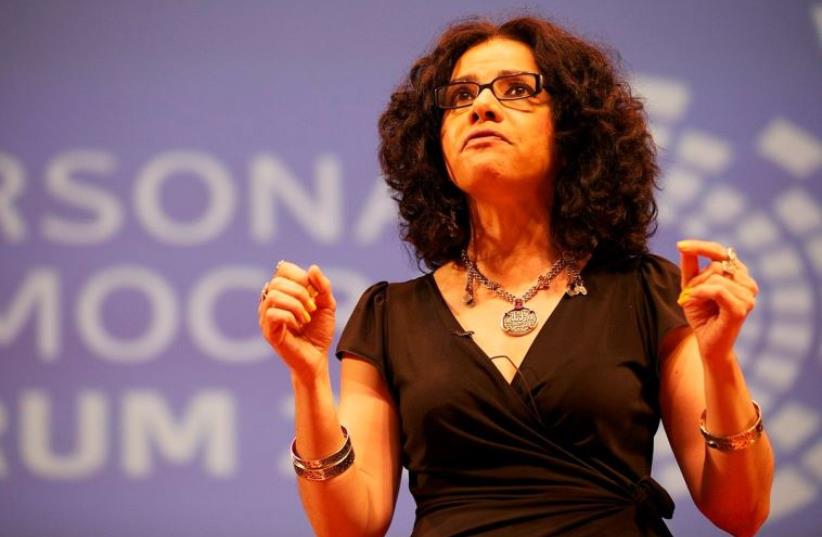 Mona Eltahawy
(photo credit: ESTY STEIN / PERSONAL DEMOCRACY FORUM)
Advertisement
A leading voice for feminism in the Muslim world reacted angrily on Wednesday after a Pakistani newspaper refused to publish her article about suppression of female sexuality in the Islamic world.According to the British newspaper The Independent, Mona Eltahawy, an award-winning author, wrote an article entitled “Sex talk for Muslim women.”The article ran in a number of leading publications, including The New York Times, but was deemed too racy for the Express Tribune, a newspaper based in Karachi.According to The Guardian, the Express Tribune is a liberal publication that has been targeted by the Taliban in years past, forcing it to engage in self-censorship for fear of retribution.“I am not a cleric, and I am not here to argue over what religion says about sex,” Eltahawy wrote. “I am an Egyptian, Muslim woman who waited until she was 29 to have sex and has been making up for lost time.”A former journalist who has reported from Israel, the US-based Eltahawy has been an outspoken advocate of women’s rights in the Arab world. She has most famously denounced the practice of female genital mutilation in Islamic countries.“My upbringing and faith taught me that I should abstain until I married," Eltahawy wrote. "I obeyed this until I could not find anyone I wanted to marry and grew impatient. I have come to regret that it took my younger self so long to rebel and experience something that gives me so much pleasure.”Pakistan, a deeply conservative and religious state, is one of the world’s least developed countries that is also lagging behind in granting women’s rights.The World Bank has called on Pakistan to make more effort in bringing women into the workforce if it wants to quicken economic growth that lags far behind regional peers.Many Pakistani men object to women working and in 2014 Pakistan was ranked as the second worst nation in the world for gender equality after Yemen, according to the Global Gender Gap Report published by the World Economic Forum."There are social and cultural challenges," Illango Patchamuthu, the World Bank country director in Pakistan, said. "But if the women are skilled and they are given the right opportunities - the economy is only going to bloom and blossom." Reuters contributed to this report.