By JEREMY SHARON
JUNE 2, 2014 22:27
Rabbi David Stav
(photo credit: COURTESY OF NACHMAN ROSENBERG)
Advertisement
Rabbi David Stav, chairman of the Tzohar national-religious rabbinical association, has warned of the impending threat to the Jewish people of intermarriage and assimilation in Israel because of state and rabbinic failures on conversion policy.Speaking with The Jerusalem Post ahead of Shavuot, the festival on which the Biblical account of Ruth and her decision to join the Jewish people is read in synagogues, Stav made an impassioned call for the political and rabbinic leadership in Israel to take responsibility for the problem.“There are more than 300,000 Israeli citizens of Jewish descent who are not actually Jewish. They are part of our society, their children go to the army, go to university, meet our children and want to get married,” Stav said in reference to a large sector of immigrants from the former Soviet Union who are not Jewish according to Halacha. 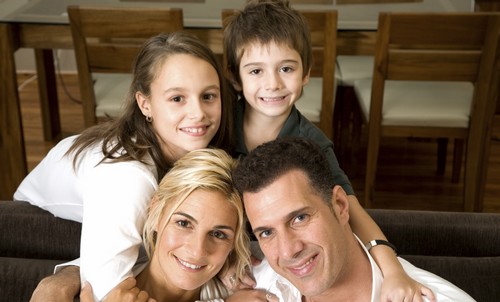 The new Israeli familyIn addition to those of Jewish descent who immigrated to Israel, Stav said 4,000 children are born to this population every year, while only 2,000 people from the sector successfully convert per year, so the number of non-Jewish Israelis of Jewish descent is actually growing.“We can’t ignore the situation anymore. It’s getting worse and worse, and every year thousands of Israeli Jews get married in non-Jewish weddings.“Assimilation is here, intermarriage is here, it’s not just in the US or Europe, it’s here too, unlike what people might think, and not to do anything about it is unacceptable,” said Stav.A bill currently before the Knesset proposes to decentralize the conversion process, by allowing municipal chief rabbis to establish their own conversion courts away from the four conversion courts of the Chief Rabbinate.The bill was proposed by MK Elazar Stern (Hatnua) but drafted in conjunction with Tzohar as well as other parties, such as the ITIM religious services organization.But, it was opposed by the Chief Rabbinate because it does not wish to lose control over the conversion process and questions the qualifications of city rabbis to conduct conversions.Stav rebuffed such questions, saying the exams taken by anyone who gained the qualification to serve as a municipal chief rabbi include the testing on the laws of conversion.The conversion bill in its current format also includes a requirement for any municipal chief rabbis setting up a conversion court to take an additional test on the laws of conversion.And the rabbi also rejected arguments made in some quarters, including by Chief Rabbi David Lau and Deputy Religious Services Minister Eli Ben-Dahan, that the problem is not the conversion system but the lack of conversion applicants.Stav said the conversion system is unhelpful and unwelcoming, and puts many people off.But more importantly, he said, the conversion bill would help in converting children from the non-Jewish sector, which, he said, would be a crucial achievement in the fight against assimilation. 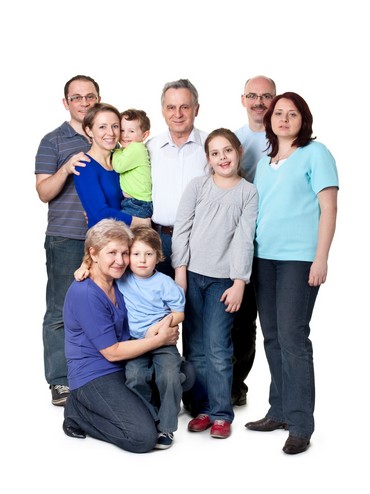 A Russian familyAccording to estimates, there are 100,000 children below the age of 18 among the 330,000 non-Jewish Israelis of Jewish descent.Of those, it is thought that approximately 65,000 are under the age of bar or bat mitzva – 13 and 12 for boys and girls, respectively.Stav said many parents in the immigrant community, although unwilling to convert themselves, are happy and even eager to have their children convert to enable them to better integrate into society.By allowing municipal chief rabbis to set up their own conversion courts with greater leeway from the chief rabbinate, Stern’s conversion bill could help these rabbis convert large numbers of such children.Stav said that although he cannot give precise figures, he believes many thousands of children could be converted in this way and significantly reduce the intermarriage problem.“Every non-Jewish child who doesn’t get converted is another possible case of intermarriage,” the rabbi said.“The rabbinical leadership must adopt a policy of allowing the conversion of children, whilst educating them in the Torah and its commandments, even if the mother is not Jewish and doesn’t want to convert,” he said.Another problem, raised in particular by senior figures in the national-religious community, is that passing a bill on conversion that is opposed by the Chief Rabbinate, as Stern’s bill is, would damage the standing of the institution that is seen as a crucial part of the religious-Zionist vision for the State of Israel.“I think this is a very valid position, and there should be an attempt to reach a deal with the Chief Rabbinate.We want one authority over conversion, and we don’t want to break the Rabbinate to pieces,” Stav said.“But once we see the Chief Rabbinate is taking decisions on a political basis, and not on a basis of Jewish law, then I think Bayit Yehudi should be more forceful.“The Chief Rabbinate is important, but if the Chief Rabbinate is engaging in politics then there is no obligation to respect it,” he said, in a possible allusion to the heavy influence wielded by the Shas party and its chairman, Arye Deri, over the Chief Rabbinate.Stav praised Bayit Yehudi and Ben-Dahan for having forced through the recent law abolishing marriage registration districts, also a Tzohar initiative, and said the party went forward with the legislation once it saw it would have desirable benefits despite the opposition of the Chief Rabbinate, which heavily opposed it.“I am calling on those for whom the future of Jewish people is important to take action on this issue,” Stav said.Furthermore, he said: “If we want the State of Israel to be a Jewish state with a united Jewish people then we have to pass this conversion law, otherwise we will face a situation in which this won’t be a state for the Jewish people, but a state of many different peoples. If we fail to advance a better policy on conversion then the result will be intermarriage and assimilation as we have seen abroad.”
Advertisement
Subscribe for our daily newsletter