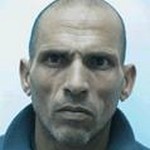 nected to two of the structures were cut.Homeowners reported smelling a high concentration of the odorous gas and subsequently discovered two deliberately severed pipes, police said. Following an intensive undercover investigation, police and security forces arrested Uwisat, who confessed to also having cut gas lines in Gilo a couple weeks earlier.“Over a three-week period he admitted to cutting major residential gas lines in Armon Hanatziv and Gilo in order to cause explosions that would kill as many Israelis as possible,” said police spokesman Micky Rosenfeld shortly after the arrest was announced.Rosenfeld said Uwisat hatched the plan after being inspired by the deadly January gas explosion that killed a family of three and their neighbor in Gilo. The blast resulted from alleged negligence by a Supergas technician, who was arrested soon after.Uwisat told police he had sought to blow up the buildings to exact revenge for Jews entering the Temple Mount and for his contention that Israeli soldiers harmed innocent Palestinians in Gaza.In one instance, police said Uwisat left a lit candle adjacent to one of the severed pipes to expedite an explosion. Rosenfeld added that the suspect, who acted alone, was known to security forces as an active Hamas operative.Rosenfeld said that during questioning over the weekend, Uwisat also confessed to a 2012 ax attack against a haredi man near Damascus Gate outside the Old City. The victim was seriously injured.Uwisat is scheduled to appear before the Jerusalem Magistrate’s Court on Thursday.Yaakov Lappin contributed to this report.