Beyond the business association, there is also a more profound relationship in the field of education. 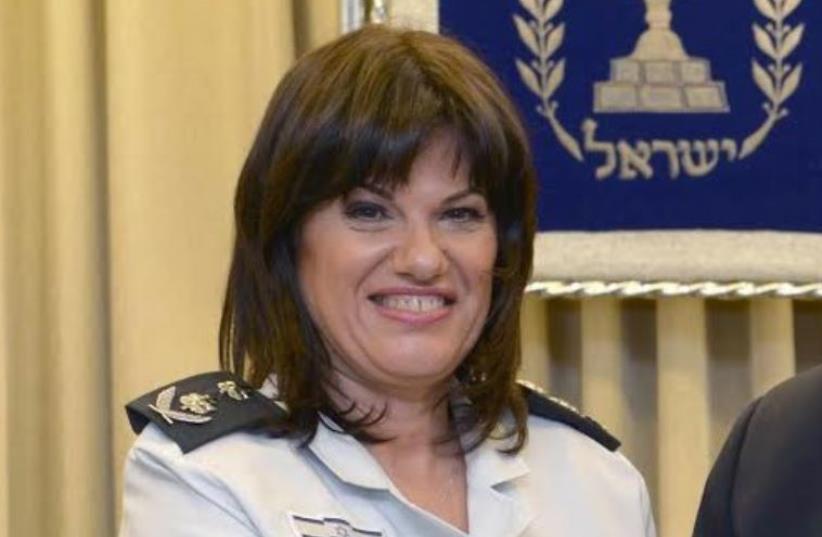 Ofra Klinger.
(photo credit: PRESIDENTIAL SPOKESPERSON OFFICE)
Advertisement
■ KETER PLASTICS, owned by Sami Sagol, can be seen almost everywhere in Israel. There’s hardly a city or town without a Keter store, and this includes Karmiel – with which Keter has been associated for some 30 years.But beyond the business association, there is also a more profound relationship in the field of education. Over the years, Sagol’s wife, Tova, has been involved in various volunteer activities in and on behalf of Karmiel, providing literally hundreds of scholarships to promising students. The total value of these scholarships comes to tens of thousands of shekels, but is impossible to calculate the overall contribution of the beneficiaries of these scholarships to society and the economy.Beyond all that is Tova Sagol’s work on behalf of Nitzan, one of Israel’s leading associations for children with learning disabilities. Sagol was president of Nitzan for 10 years. She and her husband have a daughter with learning disabilities who was brought to Nitzan, where she blossomed.Sagol was amazed to see how many parents who were prominent personalities in many fields had children with learning disabilities, and who, in appreciation for what Nitzan did for their children, worked in various voluntary capacities for the organization. She decided to do the same.But it began to worry her that children with special needs grew into adults with special needs and required a continuing environment to which they could return when they found it difficult to cope with their regular lives.Her daughter is now married with children of her own and also has a job at Keter. But every now and again she needs a point of reference. So Sagol persuaded Nitzan to establish a special center for adults with special needs, especially adults who are also parents, and it has become a tremendous success.For all this the municipal council of Karmiel decided to award honorary citizenship to Sagol. She is the first woman to be named an Honorary Citizen of Karmiel, and at the moving ceremony, Mayor Adi Eldar heaped lavish praise on her as he described the work she has done in and for Karmiel as well as what she has done for Nitzan.■ THIS MONDAY, Ofra Klinger officially took over from Aharon Franco as commissioner of the Prisons Service at a ceremony at the IPS headquarters in Ramle attended by Prime Minister Benjamin Netanyahu and Public Security Minister Gilad Erdan.Klinger, who was previously head of the Prisoners Division, has been serving in the Prisons Service since 1989, and is the first woman to rise to the rank of Prisons Service commissioner. Her new status coincidentally came during the week of the International Day for the Elimination of Violence Against Women.According to a report published by the Women’s International Zionist Organization, 17 women were murdered by one or more family members over the past year – a number higher than in any previous year. Over the past 15 years some 300 women have been murdered by relatives.In addition WIZO noted that there are insufficient shelters in Israel for battered women. Many women who come to seek a haven for themselves and their children are turned away for lack of space and thus find themselves in danger of losing their lives. Altogether, there are 14 shelters for battered women in Israel, run by various organizations including an organization that deals exclusively with haredi women.■ TWO SYNDICATED American-based columnists from opposite sides of the political fence – one who writes for The Jerusalem Post and the other who writes for Haaretz, will participate in a grand debate in Tel Aviv on Sunday, December 6. Rabbi Shmuley Boteach and Peter Beinart will battle it out in a war of words on Israel’s global standing. Jointly sponsored by Globes, the Tel Aviv International Salon and StandWithUs, the event will take place at the David Intercontinental Hotel, where the two opponents will debate issues such as the BDS movement, Israel-US relations, the peace process, Zionism and more. Doors open at 6.30 p.m. Admission price is NIS 30. The debate is within the framework of the Globes Business Conference and preregistration is required.Boteach is one of the world’s leading advocates for Israel and an expert in relationships and Jewish spirituality. His books have been translated into 17 languages and he lectures and makes TV and radio appearances all over the world.In addition to writing for Haaretz, Beinart’s byline appears in the Daily Beast and Newsweek. Beinart is associate professor of journalism and political science at The City University of New York.