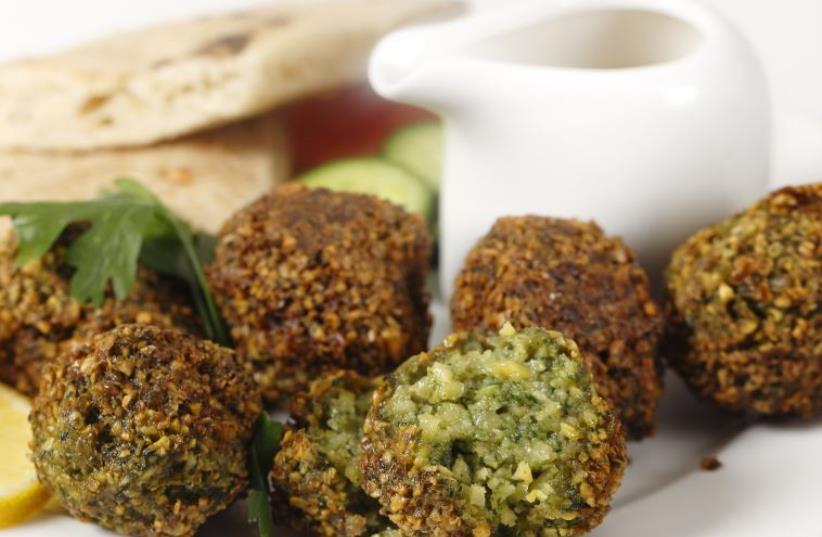 Falafel balls
(photo credit: ING IMAGE/ASAP)
Advertisement
The city of London witnessed an unprecedented rivalry between Israel and Egypt during the traditional "London Falafel Festival," that took place in the British capital last week.During the festival hosted by the London-based Boro Market on May 1, an Israeli falafel restaurant competed against three Arab owned restaurants for votes, with each restaurant serving it's own unique falafel dish.After defeating the Palestinian and Lebanese restaurants present, the Israeli delegation, represented by a London-based falafel bar named "Pilpel", qualified for the competition's final round where it went head to head against the Egyptian falafel bar, "Zooba."The Egyptian dish, a charred-aubergine-stuffed falafel made with fava beans, received the majority of votes in the final round, winning the competition. The British ambassador to Cairo, John Casson, congratulated the Egyptian falafel bar on their victory."This falafel was made by real men. I convey my congratulations to the winners of the international falafel competition," Casson wrote on his Twitter page.The Egyptian media celebrated what is being called the "Israel defeat by Egypt", specifying the Israeli decision to serve falafel was an attempt to take over a "popular Arab tradition" by painting the falafel as an Israeli-originated dish.Egypt's achievement aroused amusing reactions on Arab social media. "Finally, an Arab state made us raise our heads up and feel proud – Egypt heavily defeated Israel in a falafel competition," a user named Joseph Hadad wrote on Twitter.