Are Hamas claims that Israel used 'spy dolphin' even possible? 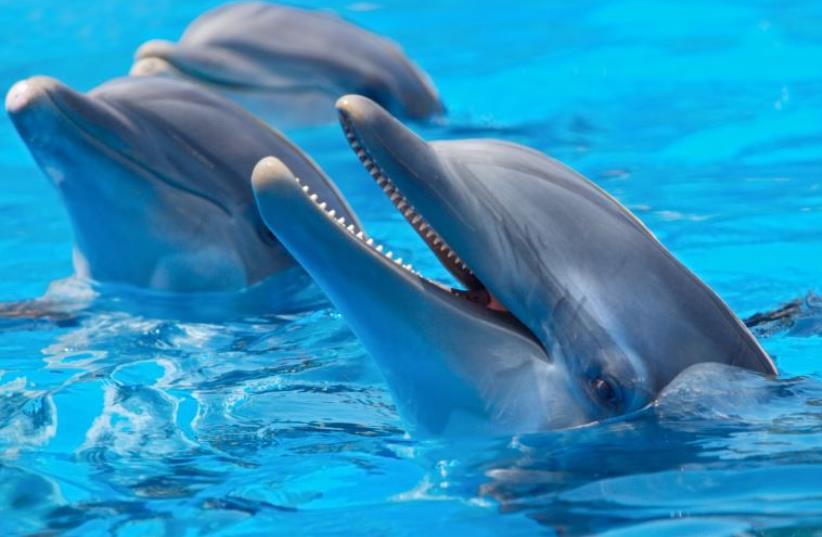 Dolphins [Illustrative]
(photo credit: INGIMAGE)
Advertisement
Can dolphins really be used for aquatic espionage purposes?
Are Hamas claims fishy, or is it actually possible that Israel implements the use of 'spy dolphins' on its foes?
The Jerusalem Post on Thursday spoke to an Israeli expert on the marine mammals a day after Palestinian reports surfaced claiming that Hamas recently captured a dolphin purportedly trained by the Israel Navy to attack terrorists.
"It is not so difficult to train dolphins to take pictures and roam around," Maya Zilber, owner and manager at Eilat's Dolphin Reef, told the Post. "If human divers can do it, dolphins are also capable, and without as much risk."
She noted that while militaries in nations such as the US and Russia are known to have trained dolphins, their functions were primarily utilized for surveillance and protection purposes and not for attack.
"It has been known for years that the US, for example, has used dolphins and sea lions for protective needs, generally for the protection of military areas and around oil rigs," she added.
Zilber highlighted that Israel, like many Western nations, adheres to codes of ethics on animal treatment. These terms prohibit the harmful use and experimentation on animals.
While she was unsure whether Israel partakes in the military training of dolphins, Zilber cast doubt on the credibility of the Hamas claims, saying the Palestinian group could possibly have just been hyperbolizing the discovery of a dolphin off the Gaza coast.