Whether the Jewish amulet was good luck, or the players were simply on the ball, the royal couples (Will, Kate, Beyonce and Jay-Z) watched the Cavaliers beat the Nets 110-88.

By LAUREN IZSO
DECEMBER 10, 2014 14:41
LeBron James (left) talks with Jay Z (right) during the game against the Brooklyn Nets at Barclays Center.
(photo credit: REUTERS)
Advertisement
Is Jay-Z getting in touch with his Jewish side?
Music royalty Beyonce and Jay-Z attended an NBA game Tuesday evening, and since British royalty Prince William and his wife Dutchess Kate Middleton were the guests of honor, many fans may have overlooked the chain dangling around the rapper's neck. Jay-Z was sporting a popular Jewish symbol, the hamsa.
The hamsa is a palm-shaped charm commonly used in jewelry throughout the Middle East and North Africa. In both Arabic and Jewish culture, the hamsa is believed to provide defense against the evil eye, however it is most widely accepted as a sybol of jewish mysticism.
Whether the Jewish amulet was a good luck charm, or the players were simply on the ball Tuesday night, the royal couples watched the Cleveland Cavaliers beat the Brooklyn Nets 110-88.
Former Maccabi Tel Aviv coach David Blatt, who heads the Cavaliers in his first ever NBA season, unfortunately didn't get a chance to meet Beyonce, Jay-Z, William or Kate as he had hoped, however he was pleased with the results of the match. 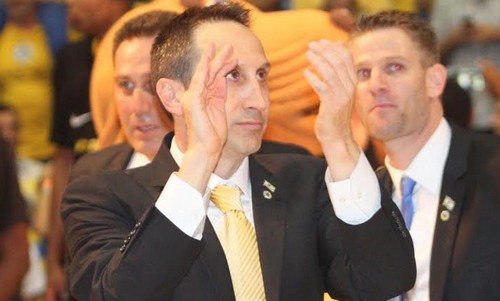 "I was trying to get in on that because I really wanted to meet Beyonce and Jay Z," Cavaliers coach David Blatt joked to ESPN. "I haven't done that yet. And I really wanted to talk to the royal couple, as a European. But I missed my chance. Instead coached a good team and a good basketball game, and I'll have to settle for that."
"Well, we got to bring them to every game, then," Blatt, an Israeli, also told ESPN about William and Kate.

Perhaps when Blatt realizes the hip-hop master was wearing a Jewish luck charm around his neck, maybe he will attribute this b-ball victory to a higher power. 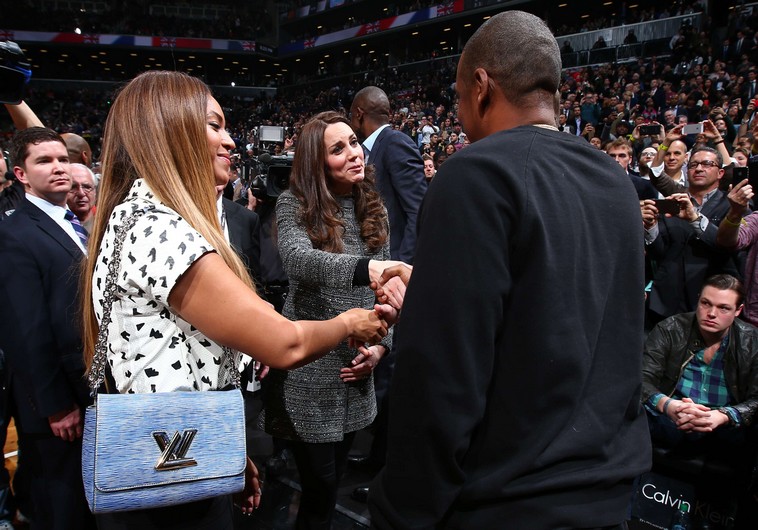 This is not the first time the "99 problems" rapper made a Jewish statement. In 2006, Jay-Z, along with hip-hop legend Russell Simmons, starred in an ad campaign called "anti-Semitism is not cool."
Could Jay-Z be looking to join the tribe? We hope so.
Advertisement
Subscribe for our daily newsletter