Einstein made an interesting comment regarding Jewish solidarity, which is rarely seen in the famed scientist’s correspondence throughout his life, in a 1928 letter.

A letter penned by Albert Einstein in 1928 will be auctioned by Nate D. Sanders Auctions in California on September 29, 2022.

The letter, which was sent to the German Society at Oxford University, was a short response to an invitation to speak at the organization – Einstein refused, citing his health.

Einstein, however, did make an interesting comment regarding Jewish solidarity, which is rarely seen in the famed scientist’s correspondence throughout his life.

“I thank you very much for the invitation, and I am happy to see that a Jew is always ‘en famille’ (among family) wherever his steps lead him on this earth,” Einstein wrote.

Einstein, a well-known advocate for aiding Jewish refugees during WWII, wrote this letter ten years prior – one of the earliest indications of his values regarding Jewish people. 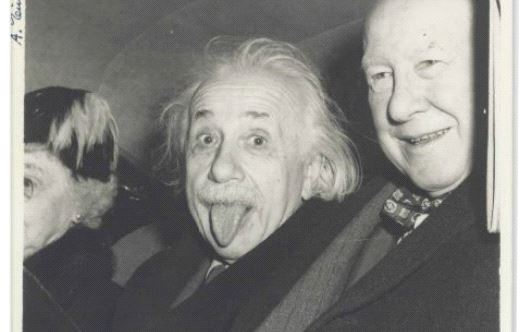 Another letter written by Einstein, in which he illustrates US antisemitism in the 1930s, was auctioned last year and sold for $7,500, while another regarding helping Jewish refugees went to auction the same year.

Bidding for the letter begins at $12,000. Additional information on the letter can be found on the Nate D. Sanders Auctions website.