The song, a spoof for the holiday of costumes and sweets, was produced by a father and his children. 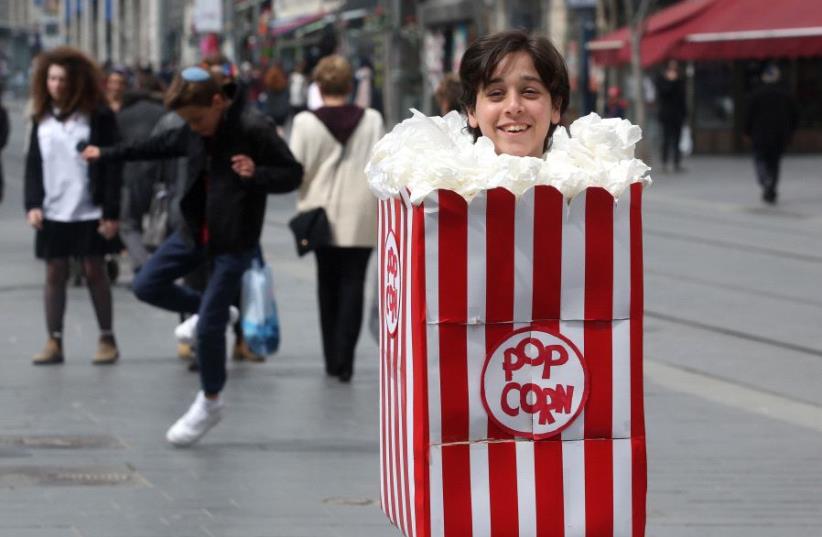 Purim in Jerusalem 2017
(photo credit: MARC ISRAEL SELLEM)
Advertisement
The hit song Old Town Road featuring Billy Ray Cyrus and created by Lil Nas X got a lot of attention for its fusion of rap and country music.
This Purim, the Rosenblum family created a parody of the song using the theme of the Jewish holiday of Purim. Changing the lyrics to “I’m going to give Mishloach Manot to the whole wide world; I’m gonna drive, ‘till I can’t no more.”
Mishloach Manot is the custom of giving edibles to neighbors and alms to the poor to mark the deliverance of the Jewish people from the evil Haman mentioned in the book of Esther.
This is not the first time the family produces a parody for the holiday; in 2018 they released a song based on Queen’s Bohemian Rhapsody.