Ya'alon: Hamas leaders will see destruction we inflicted when they come out of hiding

By JPOST.COM STAFF
JULY 14, 2014 13:00
Defense Minister Moshe Ya'alon at Herzliya Conference, June 10
(photo credit: EREZ HARODI - OSIM TSILUM)
Advertisement
As rockets continued to be fired on southern Israel on Monday morning Defense Minister Moshe Ya'alon emphasized the great losses that Hamas had suffered in the seven days since Operation Protective Edge began.      "When Hamas comes out of their hiding places they will discover the extent of the destruction and the damage that we have caused the organization that will make them regret that they entered this round of fighting against Israel," Ya'alon said at an IDF briefing.   "We continue to smash Hamas and its infrastructure. They have suffered great damage. We have destroyed weapons-production capabilities, tunnels, terrorists' homes, and institutions and we will continue this activity today," the defense minister said.
Ya'alon said that Hamas was trying to score a victory at any price, and that the security forces must continue to be on high alert. On Monday morning, the southern part of  Ashkelon Coast Regional Council was turned into a closed military zone due to security reasons, Army Radio said. The Iron Dome rocket defense system intercepted a number of rockets fired at Ashkelon on Monday morning. The Code Red rocket siren sounded in a number of areas in southern Israel. Early in the afternoon, six rockets were fired on Monday at around 12:30 p.m. on Ashdod.One of the rockets landed in the yard of a house causing an injury to an eight-year-old boy's hand. Magen David Adom said he was lightly injured and was being treated at the scene. The rocket that landed in the yard also set a vehicle on fire. 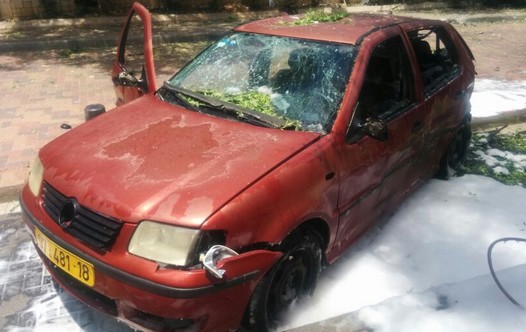 Four other rockets were intercepted by Iron Dome in the barrage on Ashdod. Another rocket landed in an open area of the city.   The Defense Minister referred in his statements to the drone launched from Gaza into Israel that was shot down on Monday morning.  "The IAF shooting down Hamas's drone is an example of the IDF's readiness in the face of their attempts to harm us in any way they can," Ya'alon said.   "We will continue to hit hard at Hamas and the other Gaza terror organizations, until we ensure the security of our citizens," he added.